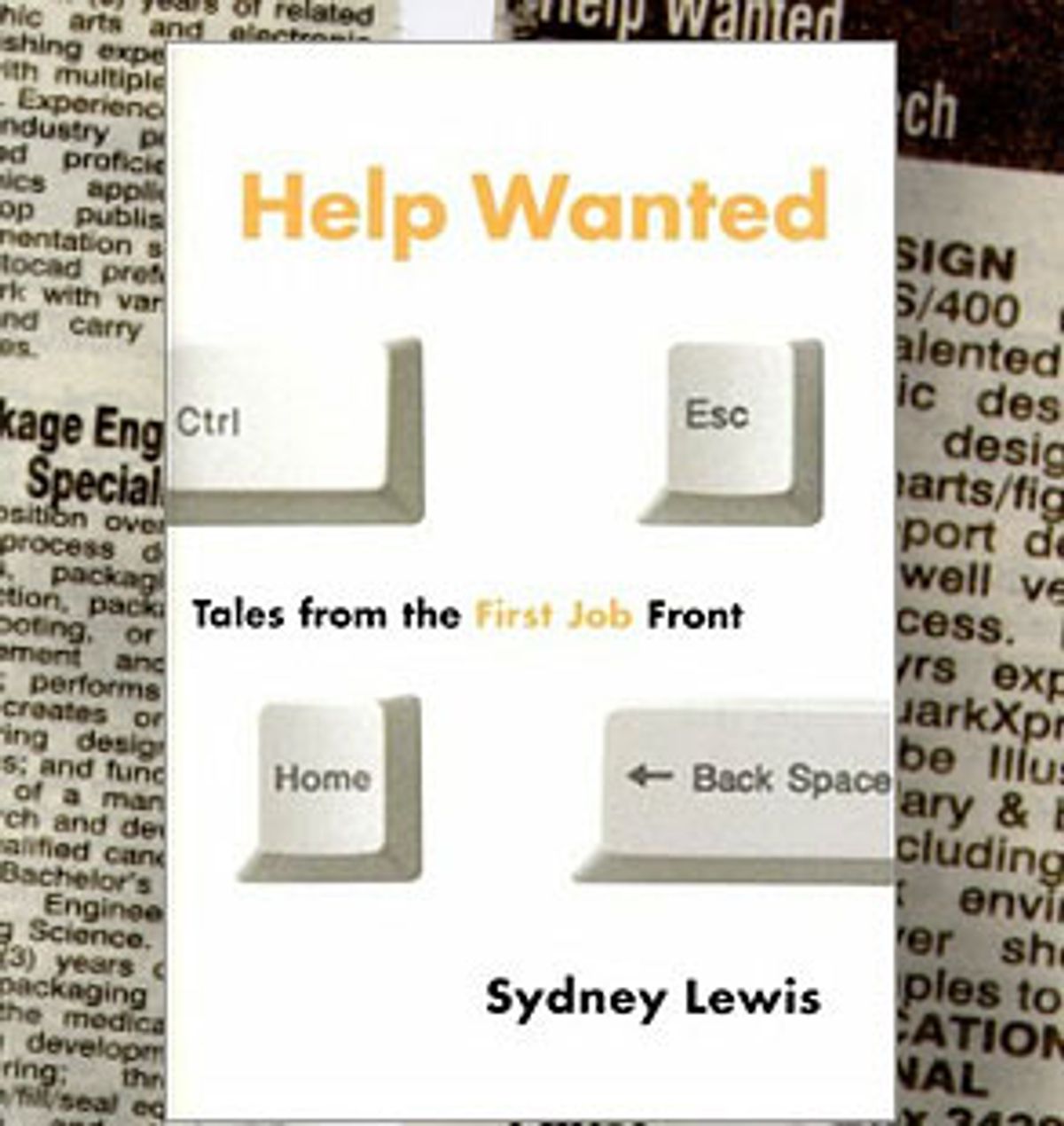 Deciding to write a study of the workplace consisting of first-person oral accounts is a bit like deciding to write a long novel about a big white whale -- no matter how good a job you do, you've got a tough act to follow. Studs Terkel's classic "Working," a far-reaching and cohesive investigation into the workplace, an intermingling of housewives, dam builders, electricians and prostitutes, has embedded itself in the American psyche and brought inspiration to everyone from socialists to producers of musical theater. This critic took an umpteenth look at it for the purposes of writing this review, and it was 200 pages before he came up for air.

Still, however enduring "Working" is, the times they are a-changing. What with the recent economic boom, it's no surprise that follow-ups to Terkel's masterpiece are beginning to appear. The editors of the now-defunct Word.com submitted their immense compilation, "Gig," just in time for the first round of Internet layoffs, and now we have the newest hat in the ring: Sidney Lewis turns her microphone to the young generation in "Help Wanted: Tales From the First Job Front." Lewis even makes the connection to "Working" explicit by interviewing a descendant of one of Terkel's subjects.

Deciding to narrow her focus was wise, and Lewis, whose previous work includes the valuable and very readable "A Totally Alien Life-Form: Teenagers," has an obvious rapport with her subjects, resulting in some uninhibited, moving stories and sudden, off-the-cuff wisdom. But the naive energy that makes her 25 interview subjects so interesting also makes the book a bit scattered. Like everyone's first jobs -- unless your first job was "heiress to a fortune" -- the occupations chronicled here are temporary, place holders for young people while they relentlessly pursue, aimlessly search for or disgustedly junk their first ideas of what they want to do with their lives. The tales they tell are full of impulsive epiphanies and emotional walkouts, and the subjects' very restlessness prevents the book from really holding together. Lewis summarizes the "most important lesson" in her introduction: "You have to work it out for yourself." However true this may be, it's not much incentive to read accounts of other people working it out.

Lewis, of course, is not required to draw elegant conclusions -- Terkel was famously and effectively noncommital -- but she sure seems to think she is. She proposes "Help Wanted" not just as an investigative work but as a helpful resource for young people looking for employment, though why young people at odds with the workplace would want to spend their free time reading about young people at odds with the workplace, rather than, say, grabbing other young people they actually know and talking over a few drinks, is beyond me.

"Your identity changes as you move from being a high-school teenager to a university student or a worker; your connection to home loosens as you attend school elsewhere, move to a place of your own or simply exercise your right to stay out later," Lewis says, but it's hard to imagine anyone who's just beginning to stay out later finding this a valuable insight.

In the introduction to the section "Harsh Realities," Lewis rather wildly assumes, "So you've got a job ... and you think everything's going to work out just fine." With off-putting interludes like these, it soon becomes clear that Lewis' true precursor is not Studs Terkel but Nancy Friday, whose compilations of people's sexual fantasies have been, um, engaging softcore feminists and teenage boys for decades now. As anyone who's read Friday's books knows -- and don't worry, I'm not asking for a show of hands -- the trick to enjoying them is to skip the author's tacky commentary and go straight to the breathless confessions. It's the same deal here.

Once Lewis' subjects take the mike, "Help Wanted" takes off into landscapes alternately inspiring, invigorating, infuriating and inconceivable. Rather than appealing to the young, the book is likely to be more interesting to people far enough from their first jobs that they can read blow-by-blows of evil retail managers and back-stabbing temp agencies without breaking into a cold sweat. I favored Karen Hurley, who hated her clerking job so much that she ran off to boot camp, and Ray Mancison, who started his career in the music business in a scene straight out of a James Cagney movie. ("You got a job, kid -- you got balls.") And I got all bug-eyed at the impenetrable earnestness of Gina Parks, who wanted to be a guidance counselor all her life. You might prefer the overachievements of Max Leonard or the slack philosophy of T.J. Devoe, but that's the whole point: You have to work it out for yourself. There's not a lot of insight in "Help Wanted," but there's a whole lot of sensational things to read. Consider it work porn: Draw up an ergonomic chair and peruse this collection until something gets its foot in your door.