Lily Bart in "The House of Mirth" is like any modern woman -- faced with terrible choices about love. 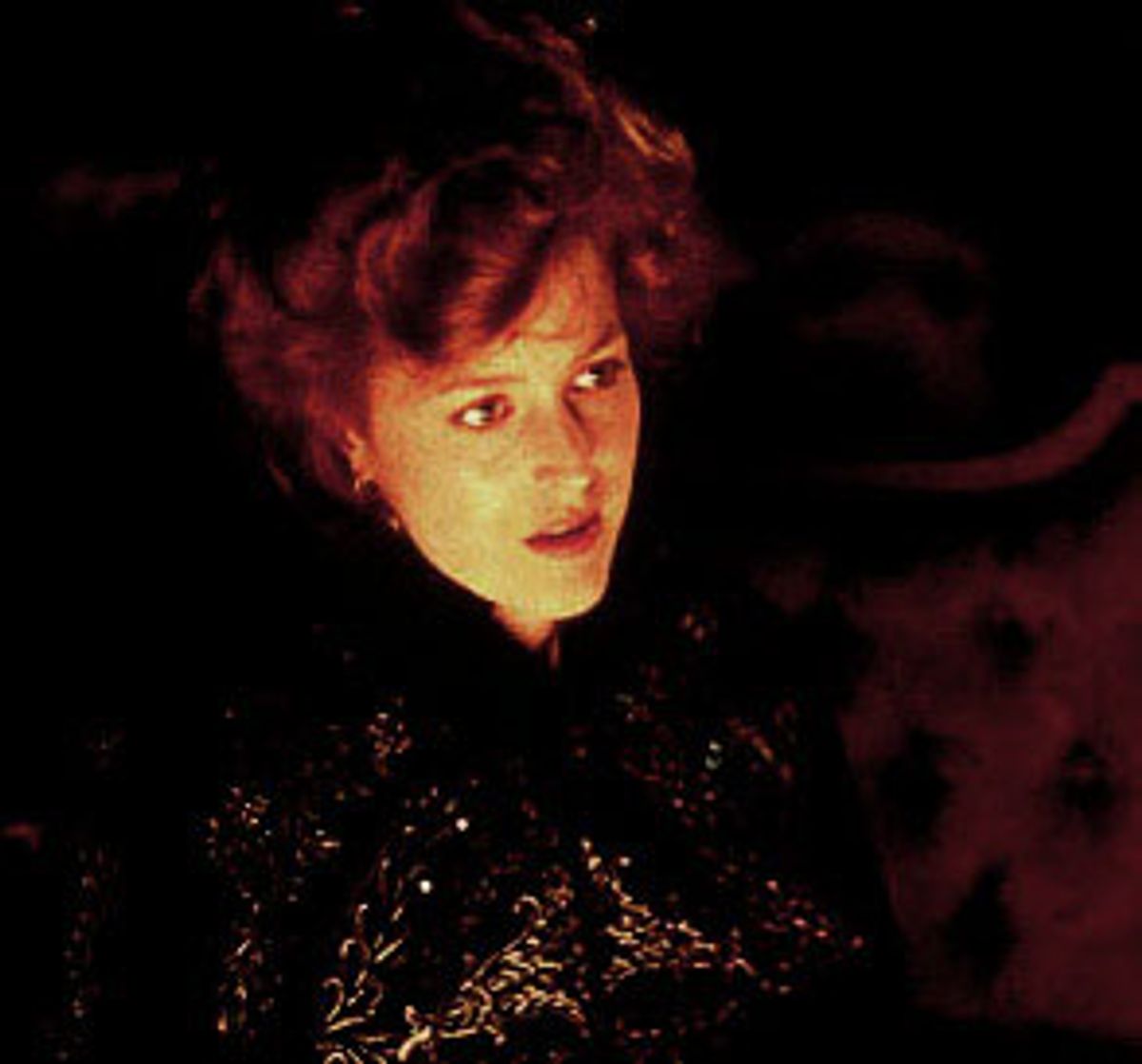 In the 21st century, some people are going to complain that the new film directed by Terence Davies, "The House of Mirth," is all very well -- but hasn't the world changed enormously since 1905, when the Edith Wharton novel was published? After all, they'll say, who can really credit or fully sympathize with someone like Lily Bart now. She's beautiful, she's able (in the broadest sense) and she's intelligent. She is played by Gillian Anderson, isn't she? And Anderson surely stands as a woman with a mind and a career of her own, someone who has played a woman with a serious (albeit ridiculous) job on "The X-Files," so that she doesn't just moon around all the time hoping that David Duchovny will kiss her.

Whereas Lily Bart in this new film is a marginal figure in the snakepit of New York society and period clothes who cannot think her way past the roadblock question Who are you going to marry, Lily? Because, by 1905, she knows enough to know that question is out of all proportion to such emotional truths as whether she's in love or not. And thats an archaic issue next to today's young woman's certainty that it's up to her whether she marries or not, or does a damn thing, because life has secured some freedoms for women -- like the right to be poor, alone, with children to raise and without a dash of security.

In other words, times haven't changed that much, even if the young woman of 23 or 25, or even 27, feels more confidence about life. One of the great fallacies in the freeing of sex as a subject (so that our Lilies can fuck around to their hearts' content, without much fear of lost reputation, let alone lost youth or beauty) is that it relieves the besieged anxiety of the well set-up wife. I mean the woman with a large house, a successful husband and several children in private schools. The woman who does charitable work, runs the house, plans the vacation, keeps trim with tennis, aerobics and tantric sex, who reads the best modern novels and still prays every night on her credit cards that the husband doesn't go all the way with the bimbo. And he might, because people put so much more weight on sex now -- on what they call sexual liberty.

So the rhetoric has changed, but it still matters whom you marry or what your status is in the marriage. If you doubt it, try living out the rest of your life on the woman's end of an "amicable" California divorce. So I'm not sure if it isn't just that Lily Bart has been left a victim to her own great social intelligence, weighing love or suitability, and never quite being there, in line, when all the doors open.

I felt I was seeing a movie about today, just one that was done with the kind of insight or critical thinking that Edith Wharton or Henry James took for granted. So I have no trouble at all in fixing on the tragic sexuality of Anderson's Lily, and the heart-stopping way in which she kisses; she kisses as if it was a tenderness she had invented, one that seems as intimate and perilous as putting open wounds together. That's why I'd rate it as the sexual performance of the year, and why I was unsurprised by that needy mouth turning to poison.