Hail to the chimp!

A vast left-wing conspiracy seems hellbent on promulgating the idea that the new Leader of the Free World resembles a chimpanzee. 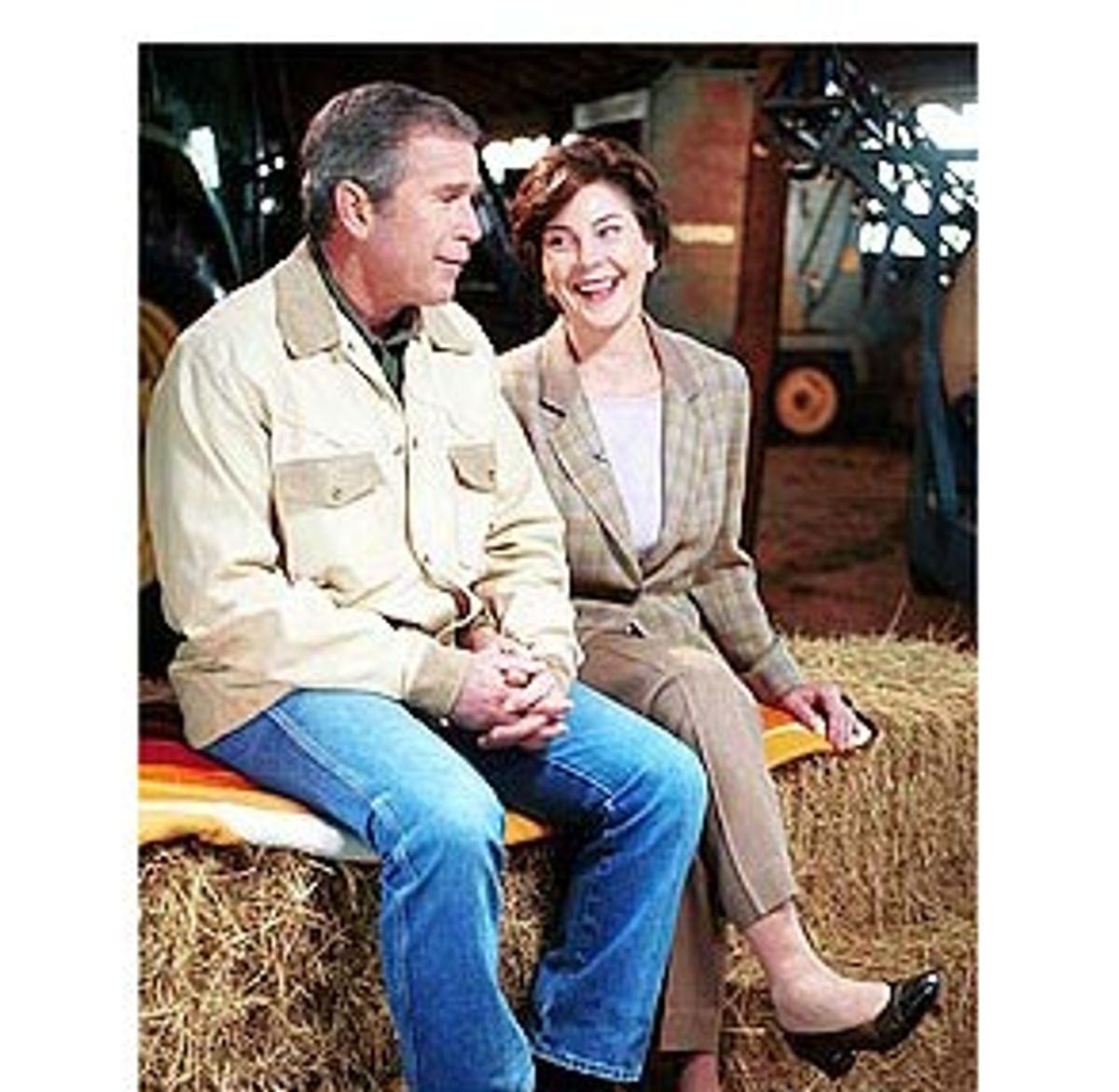 A disturbing movement is sweeping across America's amber waves of grain like a perverted prairie fire and it's driving me bananas. The incoming chief executive is being insidiously attacked on the most basic level: species affiliation. Let's call this evil campaign, which is backed, you can be sure, by the simpering, lefty, sore losers of the Fourth Estate, exactly what it is: "The Chimping of the President."

Unlike the jillions of borderline communists strategically planted at media outlets throughout the country (each and every one of which has been funded by giant shipments of unmarked bills from the Clinton White House), I have no interest in information (the current hoity-toity name for "news"), no political affiliation, no ideology and, frankly, few strongly held opinions, unless you ask me how I'd like my steak done or whether I want the evening's beverage shaken or stirred. I rarely see a newspaper that's not wrapped around fish and chips.

Nevertheless, every now and then, while lining my budgie's cage, I can't help scanning the latest reports. The other day, Jan. 15, it was Page 12 of the New York Times. There, in what will no doubt be the first of many, was a drooling Texas-size hagiography of our new first gal titled "Laura Bush Sees Everything in Its Place, Including Herself." (The piece began on Page 1, but needed two-thirds of the acreage on Page 12 to really break into a gallop.) The article was every bit as good as the Times' Wen Ho Lee coverage, except for one of the pictures, the biggest one.

That photo -- a jumbo portrait of Laura and her husband, measuring about 4 inches by 7 inches, taken by Mark Graham (not previously known for wildlife photography) -- must have warmed the hearts of the Times' photo editors as soon as they saw it; surely, they were beside themselves with glee. As a portrait of Mrs. Bush it's fetching enough, albeit frighteningly Disneyesque. (She looks like a happy little forest animal or Snow White on nitrous oxide.) But on the downside, the photo captures our new president doing an uncanny and apparently unintentional imitation of a chimp -- which brings me to my point.

Will the members of the media not give this unfortunately formed man a break? Must they point up his astonishing simian similarities every chance they get? Sure, there's something curious about George, but good lord, it's not his fault if he looks like he should be peering under Jane Goodall's shirt in an Apple Computer advertisement or flying back to the castle of the Wicked Witch with Toto in his clutches.

Still, now that we're on the subject, what is it with the GOP and apes? The party's mascot is an elephant; yet consider the high-profile Republicans who've over the years had an odd and inexplicable association with Homo sapiens' closest relative. Before his presidency, Ronald Reagan had an undistinguished acting career, with the exception of his haunting performance in 1951's "Bedtime for Bonzo." His co-star was a chimp. Noted Republican and NRA top gun Charlton Heston lit up the screen as Col. George Taylor in the 1968 classic "Planet of the Apes." (As a tribute to the Bush administration, Tim Burton will direct a remake of "POTA" for release in summer 2001. Mark Wahlberg, party affiliation unclear, will star.) Clint Eastwood, a staunch Republican and one-time mayor of Carmel, Calif., co-starred in 1978's "Every Which Way But Loose" with an orangutan. Just a bunch of silly coincidences? I think not.

But back to the problem at hand -- there's a well-coordinated effort afoot to discredit our new commander-in-chimp, I mean chief, by suggesting via the subliminable subtlety of caricature and photo selection that he's a few plantains short of a plantation. (See the Jan. 22 New Yorker for Art Spiegelman's inventory of illustrative unkindnesses already visited on Mr. Bush by various cartoonists whose loyalty to this country can only be termed tentative). Yes, members of the media, most of whom are not very nice (believe you me!), are having a good ol' time with George W. and his propensity for striking chimplike poses whenever there's a camera around. So be it. I say this plot's destined to backfire.

Indeed, a few more President Chimp shots of Bush and we may find chimp fever sweeping the country. People will embrace the idea of a lovable Lord of the Apes swinging from the Oval Office's chandeliers. After all the psycho-sexual intrigue of the last administration, citizens are ready for a screwball comedy in which there's no screwing, starring a hapless King of the Jungle Texan who bumbled his way to the highest office in the land. (One phrase that will definitely not be heard in the Oval Office during the next four years: "Pet my monkey, touch him.") And if that's not enough to look forward to, those pictures of chimps wearing clothes and playing Texas hold 'em are going to be coming back into vogue -- big time!

Let the smarty-pants set mock our numero uno statesman all they wish. Let them try to make a monkey of him. I'm putting my money on this chimp thing's becoming the new millennium's first big style revolution. Forget all the talk about cowboy boots and barbeque once again dominating the world stage. Mark my words, "Planet of the Republicans" is about to do boffo box office.