A certain magic moves this ghostly Southern Gothic nail-biter. Forget the cards: It's all about Cate Blanchett, Keanu Reeves and some great acting. 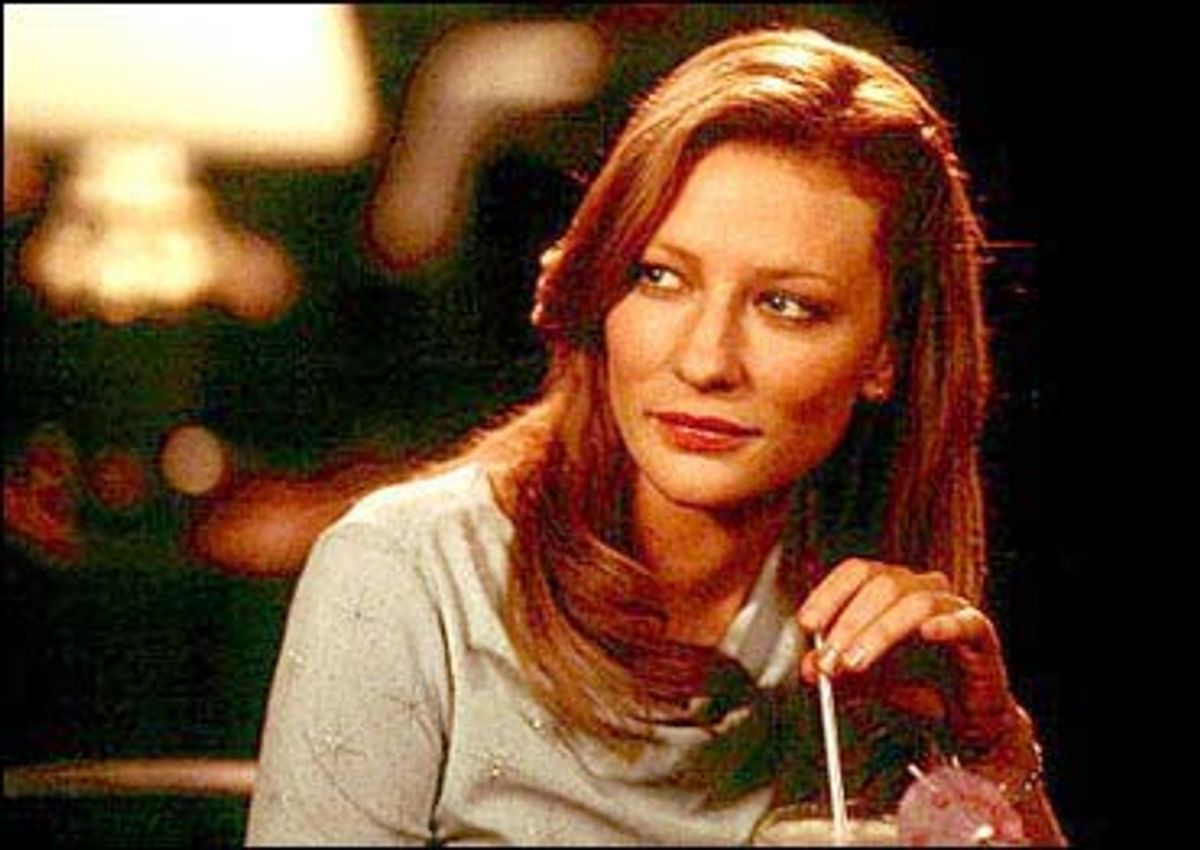 Contemporary Hollywood movies are either in a deplorable state or undergoing a miniature renaissance, depending partly on whom you ask and partly on how the planets happen to line up on Fridays. But good performances are eternal, and no matter what else you say about it, Sam Raimi's "The Gift" has more than its share of them. As a package, this ghostly Southern Gothic thriller is never as visceral as it needs to be, and it throttles toward a conclusion that astute viewers may be able to predict from the very beginning.

Yet it's an odd case. If you love actors, it's the sort of thing you might be tempted to see a second time, even after you've found out whodunit, just to examine more carefully the way the performers -- particularly the mesmerizing Cate Blanchett -- weave shining silken threads around what's essentially a pretty uninvolving narrative. There's a fair degree of magic in "The Gift"; it just doesn't come from the story or the structure.

"The Gift" is so top heavy with terrific actors that it's almost an embarrassment of riches, like a Southern manse laden with so many expensive imported trappings that it feels out of place in its neighborhood. Raimi isn't quite sure what he wants the movie to be: a supernatural thriller with a messy emotional wasp's nest at its core or a straightforward spookfest, complete with misty, mossy murder scenes and a scruffily menacing bad guy, played by a surprisingly unnerving Keanu Reeves. "The Gift" ends up being too much of both and yet not enough of either, a project that's too taken with its own classiness to be effective.

At the beginning, "The Gift" has a dewy, chilly sheen that suggests it may be more challenging than you can immediately see on its surface; I wondered if Raimi hadn't found a clever way to work some of the moral complexity of his terrific 1998 drama "A Simple Plan" into an otherwise mainstream thriller. "The Gift" offers a few startling and gorgeous visuals -- for example, a specter of a corpse floating among trees, a dream-time mix-up of the worlds of air and water. But even though Raimi, working from a script by Billy Bob Thornton and Tom Epperson, makes you think he's about to turn "The Gift" into something more than just a workaday tale of the supernatural, he seems to change his mind halfway through, faking depth by assigning phony psychological motivation to a few of the characters. The conclusion feels contrived and tacked on rather than startling. You're left with the feeling that Raimi started out wanting to make us think and then simply lost steam, settling for an ending that would simply deliver a comfortable level of shock value.

But even if you've figured out where "The Gift" is headed, the actors keep you watching closely. Blanchett is Annie, a psychically gifted widow with three young kids who makes a meager living reading fortunetelling cards for locals in her tiny Georgia town. Her clients rely on her not just for her readings but also for her warmth and wise counsel. She's as far from a flaky psychic as you can get, a down-to-earth single mom with the patience to try to help others with their problems, even though she's having trouble getting over the loss of her husband. She spends a lot of time counseling Buddy (Giovanni Ribisi), a deeply troubled local who can't move forward with his life until he faces up to a nasty secret in his past. And when Annie's friend Valerie (Hilary Swank) comes to her in distress, her face swollen and bruised, Annie obliges in reading her cards but also tells her firmly that it's high time she left her abusive, redneck husband, Donnie (Reeves).

Meanwhile, Annie's young son is having trouble in school, and she finds herself summoned to meet with the charming and mild-mannered school principal, Wayne (Greg Kinnear), who's engaged to local sexpot Jessica (Katie Holmes). Jessica disappears suddenly, and Annie becomes drawn into the investigation when she starts suffering from weird dreams that may reveal what has happened to Jessica.

This ensemble of actors manages to make the gimmicky small-town setup work without camping it up. Kinnear probably doesn't need to play another earnest straight-guy role, but he's still a pleasure to watch here, and Holmes, playing a seductress who has barely lost her baby fat, says as much with her wickedly arched eyebrows as she does with her lines. Reeves' disaffected scowl and loping gait are only the outward trappings of a more subtle sense of menace. There's also a hardness around his eyes that suggests suppressed rage and an unwillingness to reason, and it's terrifying, especially coming from an actor whose aura is usually so gentle and charming.

Ribisi's performance is the hardest to get a handle on. His character, a shy, stammering, mentally unbalanced grease monkey, seems badly conceived, even in a picture where all the major characters are stereotypes. But Ribisi manages to give even a rather heavy-handed character some subtle contours. His shambling awkwardness, and the way he can barely bring his eyes to meet Annie's when he's talking to her, make the character seem like a real person instead of a plot device.

Blanchett is the picture's guiding light. There's so much delicacy and control in her performance that she could almost fool you into thinking "The Gift" is a much better picture than it is. Her features have a pleasing irregularity: When she's composed, she radiates an almost otherworldly elegance and composure. But when she smiles, her features take on a goofy, rubbery quality, and her beauty is all earthling. Blanchett's line readings have a deceptively gentle potency. The notion that, as grounded as she is, she needs to get over the loss of her husband is one of the movie's most plodding contrivances, but Blanchett seems to carry Annie's sense of loss right beneath her skin -- it's more a current rushing through her than a burden. Blanchett has brought an uncanny meticulousness and sensitivity to both her small roles ("The Talented Mr. Ripley," "Pushing Tin") and her big ones ("Elizabeth"). She's an actress with a sixth sense, but there's nothing supernatural about it. She's a master of the delicate and highly underrated art of knowing just what to put where, and when.