Experts hope a startling new report will be enough to persuade President Bush to take action. 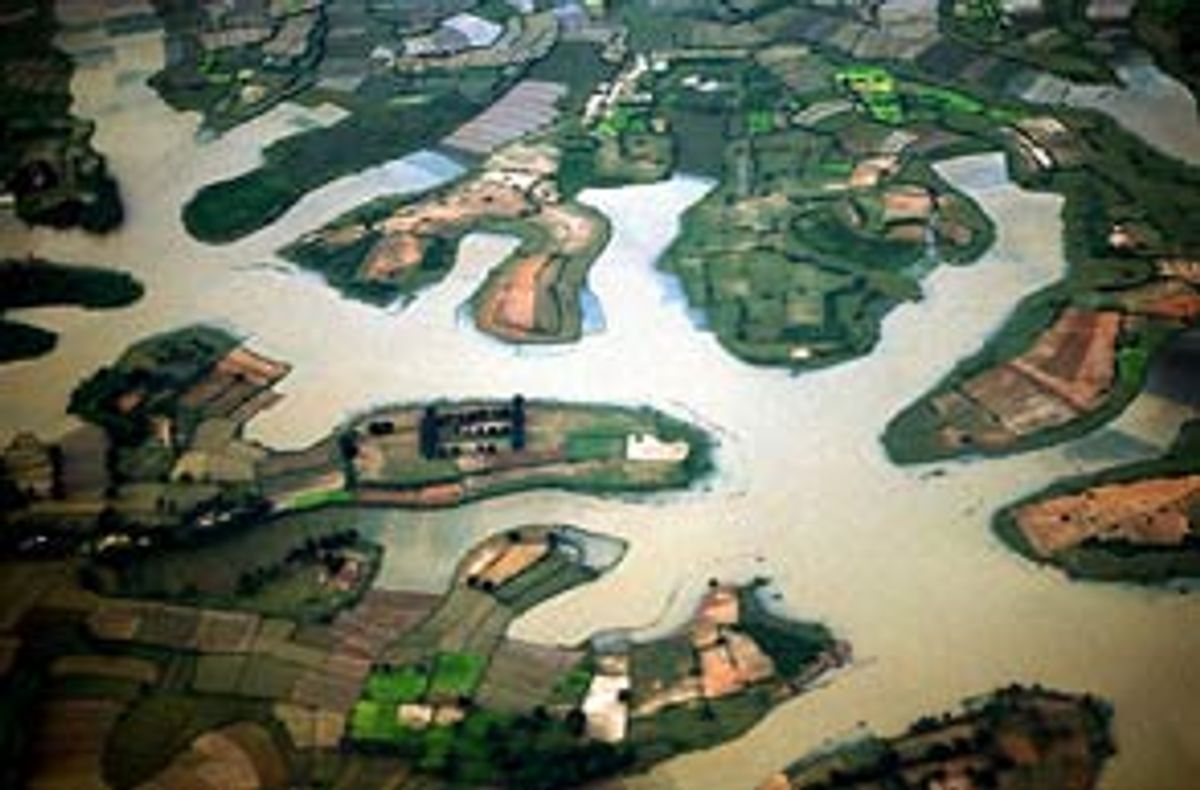 After this week's release of the United Nations Intergovernmental Panel on Climate Change's report on global warming -- the strongest scientific evidence ever linking climate change to man's activities -- environmentalists and scientists say the time has come for President Bush to come up with a policy to address this slow-moving ecological crisis.

The study predicts that the Earth's temperature could increase up to 10.4 degrees Fahrenheit over the next century. In fact, it says we just exited the warmest decade in the last 140 years.

While there's been little doubt that the climate is indeed warming -- glaciers are retreating, sea levels are rising, precipitation is changing -- there have been some high-profile skeptics, Bush included. They question the science linking this general warming trend to things that humans do, such as burning fossil fuel, which releases carbon dioxide. The increase of carbon dioxide and methane, another greenhouse gas, is believed to enhance the "greenhouse effect" that traps heat in Earth's atmosphere that otherwise would be released.

"I don't think we know the solution to global warming yet and I don't think we've got all the facts," said Bush during his second presidential debate. (The president's office did not return phone calls from Salon seeking comment on his current position.)

The new report states emphatically that "most" of the warming, especially over the last 50 years, is attributable to human activity, and not to natural occurrences such as normal climate variations from one decade to another, changes in sunlight or volcanic activity, which can cool the atmosphere.

"I would hope that the Bush administration will read our report very carefully and look at the implications [of our findings]," says Robert Watson, chairman of the IPCC panel.

Previously, the IPCC's 1995 report estimated that temperatures would increase only up to 6.3 degrees Fahrenheit. Watson says that if the IPCC's new estimate is correct, people living in low-lying areas will be displaced by the rising seas. We will also see more rainfall and hotter days, leading to heat stress and deaths.

"Remember Chicago?" Watson asks, referring to the 1995 heatwave that killed over 500 people in that city. "I'm not saying that we expect 500 people to die, but it's that type of phenomenon." In addition, he says it could change agriculture production in the tropics and subtropics, and lead to a greater incidence of infection-born diseases like malaria.

In 1997, more than 100 countries signed the Kyoto Protocol, an international agreement to reduce greenhouse gas emissions. The United States, which emits one-fourth of the world's total, was one of the signatories. The protocol laid out the requirements -- industrialized countries must reduce their emissions rate by an average of 5.2 percent below their 1990 levels by 2010 -- but not the details on how to achieve those goals. Last November, a meeting at The Hague designed to come up with methods to execute the treaty collapsed. The dispute largely centered around how much credit the U.S. should be able to get for emissions trading or using "sinks" like forests to soak up carbon dioxide.

After the talks failed, participating countries discussed getting together again in May to continue where The Hague left off. On Thursday, the Bush administration asked that the meeting be held in July.

"There are strong expectations for the U.S. to have a position," says Nancy Kete, director of the World Resources Institute's climate, energy and pollution program. "We are urging the Bush administration to not put it off. The science is getting clearer and consensus is stronger that climate change is happening and it's happening right now."

But skepticism persists in Washington. Sen. Chuck Hagel, R-Neb., is one of those who is not convinced that climate changes and human activity are definitively linked. His office points to fundamental problems with the models the IPCC report used. "Senator Hagel does not reject the idea that the Earth is warming and that human activity may play a factor to it, but we don't know that for certain yet," says his spokeswoman Deb Fiddelke. "He strongly supports continued studying."

Watson says that disbelievers have a choice: Either believe the majority of scientists or the lone critics. He says that the science, although not perfect, is the best evidence available, and reason enough to start taking actions to curb emissions.

Ironically, some environmentalists believe the best hope for an international treaty lies in the new Bush administration. They say a slow changing of the guard gives them hope that this administration will be able to do what the previous one could not. While environmentalists strongly oppose the nomination of Christie Whitman as head of the Environmental Protection Agency, they were pleased that Gale Norton, the nominee for interior secretary, acknowledged the science of global warming during her confirmation hearings.

"I don't think that [Bush] having an oil industry background precludes him from doing it," says Eileen Claussen, president of the Pew Center on Global Climate Change. "I think there's a very good chance that he will come up with a policy." Claussen points to companies like British Petroleum and Shell, which now have specific emissions targets, as proof that more and more people are believing in the science. Also, industry, she says, is starting to make commitments to everything from solar energy and biomass to fuel cell technology.

"If I could dream, it would be like Nixon going to China," says Patrick Mazza, researcher for Climate Solutions, an environmental advocacy group. "The U.S. needs to go back to the table with proposals to meet more of its Kyoto obligations domestically. And maybe the Bush administration could pull the Republicans."

Indeed, Fiddelke says that Senate Republicans will be more likely to work with Bush on the issue since "there is no longer a concern that the administration is going to push the U.S. into a radical position that would damage our economy."

But in order for there to be any international treaty reducing emissions and combating global warming, there will have to be bipartisan support for it in the Senate, where it must be ratified. It seems unlikely that that could happen without a president who believes that human activity is the cause.