They survived after all

"Survivor" veterans out of the woodwork to comment on new show; Puffy and Lopez deny breakup. Plus: Cops called to O.J.'s house, and Buffy bites her tongue! 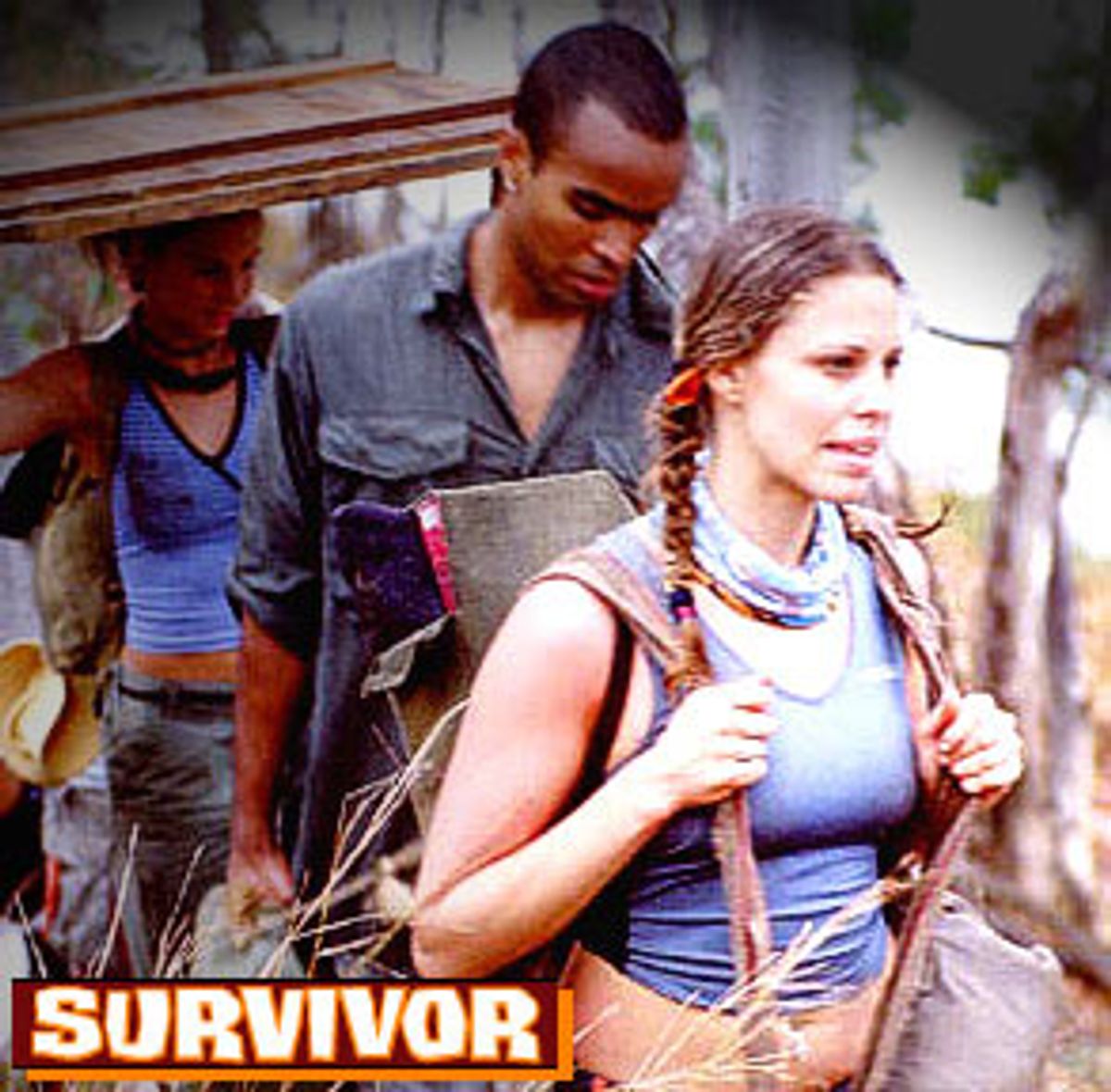 Now that "Survivor: The Australian Outback" is finally upon us (I know, you've been counting the days), those old castaways from the first show are crawling back out into the open to offer their opinions of the group hoping to replace them in our hearts.

Jenna Lewis, who never quite managed to parlay her appearance on the show into a lucrative appearance in the pages of "Playboy," says the new group is way better-looking than the residents of Pulau Tiga.

"They're hardbodies," Lewis tells Wireless Flash News. But, she says, in the long run, it may not be a matter of survival of the fittest.

A few extra pounds, she points out, could come in handy when the food crises hit.

And speaking of extra poundage, Richard Hatch is also weighing in. But, typical of the Machiavellian millionaire, he's not offering his opinions for free. Oh no. Hatch has scored a paying gig with Us Weekly to pen a column about the new "Survivor."

So what kind of special Richard insights can you expect? "The key to my victory was in my perceptiveness regarding the other castaways' motivations: observing how people responded to Dirk's Bible reading; realizing how off Stacey's self-perceptions were; recognizing how good-hearted (albeit naive) Sean is," he writes in his first weekly dispatch.

He agrees with his former rival Jenna's assessment that the group is mighty fine looking.

"Word is that one of the guys is gay and unattached," he says.

And given to doing naked jigs on the beach?

To survive ... and thrive

"This time, we'll sell T-shirts and do regular news updates and all of that."

-- New mission statement on Survivor.com, a software Web site that has been inundated with hits since the "Survivor" phenomenon took hold.

But now rumors are so rampant that Lopez has been cattin' around with a dancer named Chris who's featured on her "Love Don't Cost a Thing" video, both Lopez's and Puffy's people feel it's time to weigh in. ("It's over. Jennifer cares deeply about what happens to Puffy but, emotionally, she's moved on," a "friend" of J.Lo blabbed to the press.)

Puffy's people are vigorously denying the reports, as are Jennifer's. "They have not broken up," her rep insists. "They are absolutely together."

And Lopez herself told Regis Philbin in a taped interview on Tuesday that, "yeah," she and Puffy are still together.

"Notoriety is an element. But someone would really have to be obsessed with Julia Roberts to buy it just because it was used in the movie."

-- California realtor Jana Scarborough on the salability of the 1,181-square-foot house used in the film "Erin Brockovich," which has just gone on the market for $289,999.

More trouble in paradise for O.J. Simpson and his on-again, off-again girlfriend Christine Prody. The Associated Press reports that Miami-Dade police officers were called to Prody's home after a neighbor complained that she and Simpson were having a loud argument. Simpson was gone by the time the cops arrived. And Prody, who went to stay at a friend's house just to be safe, said Simpson was pissed that she came home late. Gosh, you'd think she'd be in hurry to come home to a feller like that.

Buffy's backing down. Sarah Michelle Gellar says she didn't mean it when she threatened to quit "Buffy the Vampire Slayer" if the show's producers ditched the WB for another network. "I'm not going anywhere, and I can't stress that enough," Gellar told the Los Angeles Times. "I just said it in passing, and it was only meant to show my appreciation and support for the WB ... I intend to stay with 'Buffy' no matter what." Are we all clear now?

Jesse Ventura is not amused. The Minnesota governor is said to be contemplating filing a lawsuit against the St. Paul Pioneer Press in light of the paper's plan to run a weekly comic strip called "VenturaLand." "In many ways, he's a natural comic strip character," the paper's editorial page editor, Ron Clark, told the AP. "We'll never run out of material."