In "My Life With the Chimpanzees" Jane Goodall recalls a childhood experience that inspired her interest in the wild kingdom.

By Read by Jane Goodall 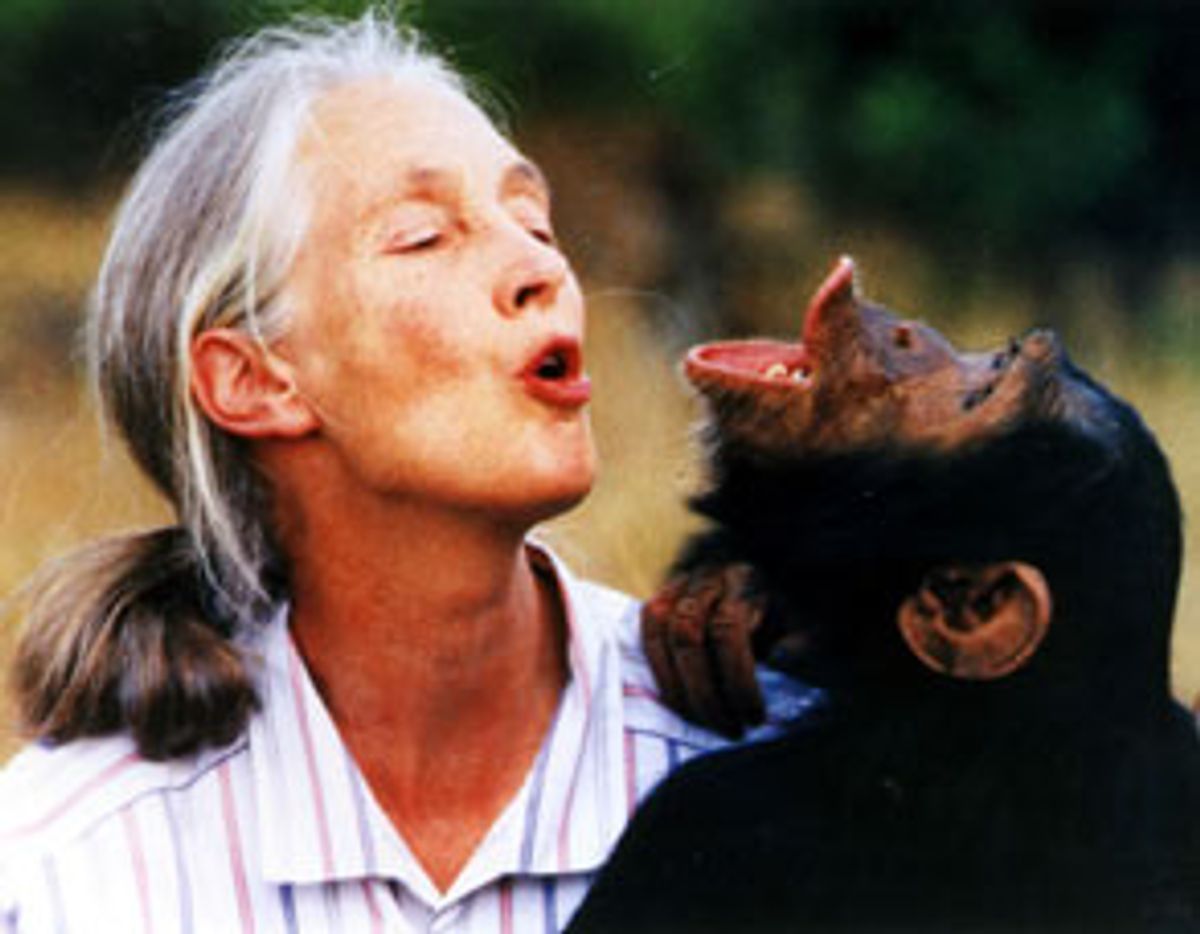 From the time Jane Goodall was a little girl, she dreamed of a life spent working with animals. After years of study, at 23, she made her first voyage to Africa and began to achieve her goal of studying animals by living among them. In "My Life With the Chimpanzees" from Time Warner, she shares the tales of her many expeditions braving the dangers of the jungle, not to mention encounters with leopards and lions in the African bush. Goodall's detailed observations, especially of chimpanzee families, reveal a world few human beings have ever known.

Jane Goodall received her Ph.D. from Cambridge University in 1965. She has been the scientific director of the Gombe Stream Research Center since 1967, and in 1984 she received the J. Paul Getty Wildlife Conservation Prize.

Hear Goodall read from "My Life With the Chimpanzees."

By Read by Jane Goodall

MORE FROM Read by Jane Goodall