How the NBC-CBS Thursday-night rivalry spun out of control. 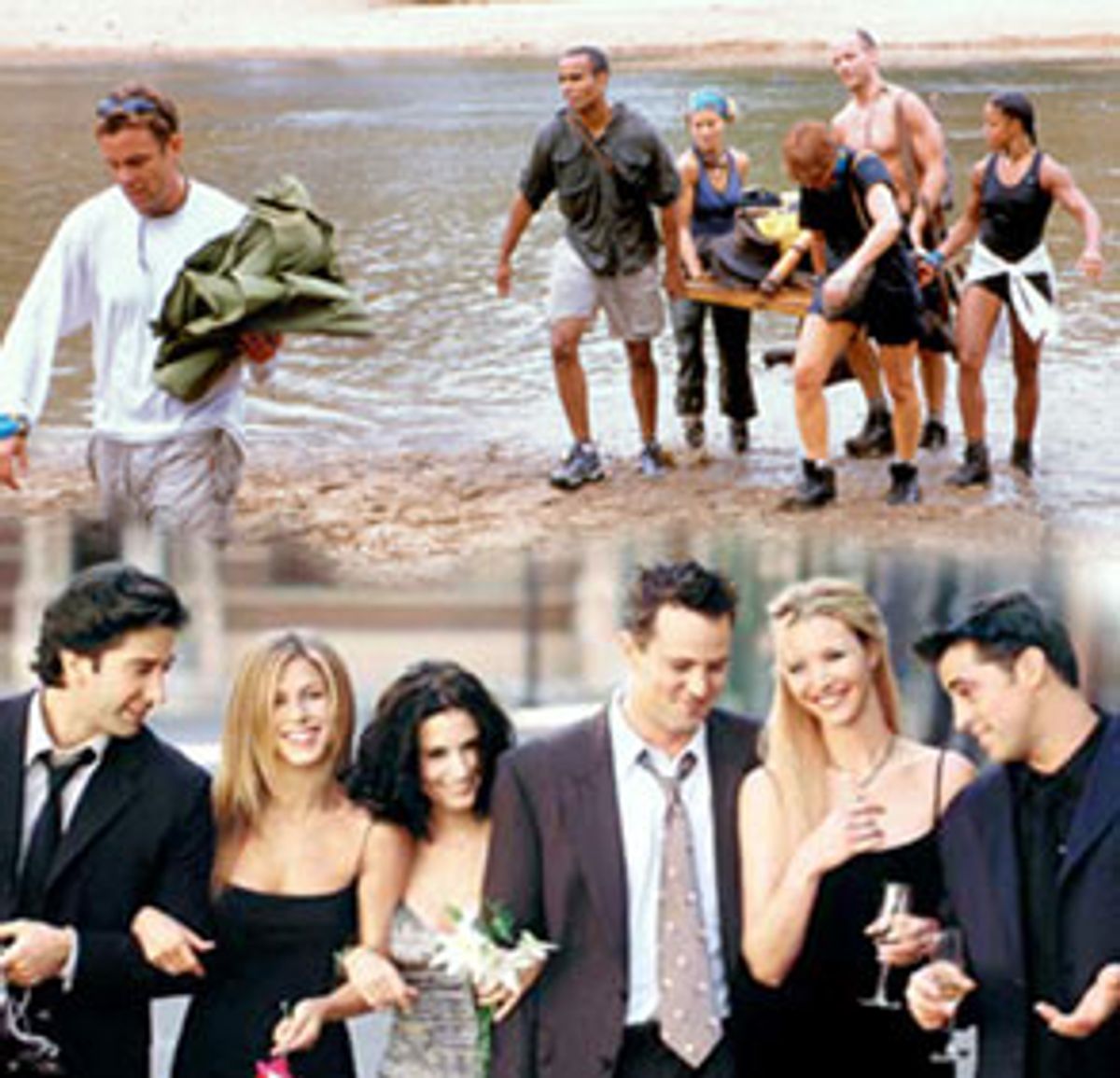 "In the boldest possible scheduling move for the second season of the record-breaking reality show 'Survivor,' CBS said yesterday that the show would be broadcast at 8 p.m. on Thursdays, up against the NBC lineup that has dominated prime time for most of the last decade." -- The New York Times, Dec. 19, 2000

"NBC has reacted with a novel programming gambit, expanding the running time of 'Friends' at 8 p.m. to 40 minutes from 30 and adding a 20-minute special edition of 'Saturday Night Live' for two weeks." -- The New York Times, Jan. 17, 2001

NBC: Announces it will extend length of "Friends" by 10 minutes, to run into second half of "Survivor" and damage "Survivor's" Nielsens.

ABC: Recruits contestants on "Who Wants to Be a Millionaire" from rock group Styx. (Members of rock group Survivor unavailable.)

NBC: During extra 10 minutes of every "Friends," Ross is killed.

NBC: Steals 10 minutes of CBS's "Yes, Dear" and plants it in the middle of "Survivor," temporarily crippling ratings.

CBS: Finds stolen 10 minutes of "Survivor" and schedules it opposite NBC's "Ed," destroying it utterly.

NBC: "SuperShow" grows out of control, begins to schedule itself. Devours "Providence," "ER" and all three "Datelines" on its own network. Sniffs at "DAG," moves on.

CBS: Its schedule in ruins, CBS begs "Survivor" producer Mark Burnett to think of something. He commands CBS executives to schedule one full episode of "Survivor" every five minutes. When told this violates space-time continuum, Burnett loses his mind, climbs to top of Rockefeller Plaza and is killed by lightning. CBS follows Burnett's mad plan, running one whole show every five minutes, which rips hole in fabric of universe.

NBC: Season finale of "SuperShow" -- in which Niles and Phoebe mate with skinless demons in Oval Office and unleash Apocalypse through wacky misunderstanding -- is sucked into void created by CBS schedule. Void seals shut with deafening thunderclap and puff of putrid smoke. In smoldering aftermath, both networks' schedules are barren wastelands, requiring many pilots to rebuild.

Christopher Painter is a Los Angeles freelance writer whose pieces have appeared at Modern Humorist, McSweeney's, ComedyCentral.com, and elsewheres. His cartoons make up one-quarter of the work of the Four Fine LADS.