The split decision in the Pan Am Flight 103 bombing has relatives looking to Libya for restitution. 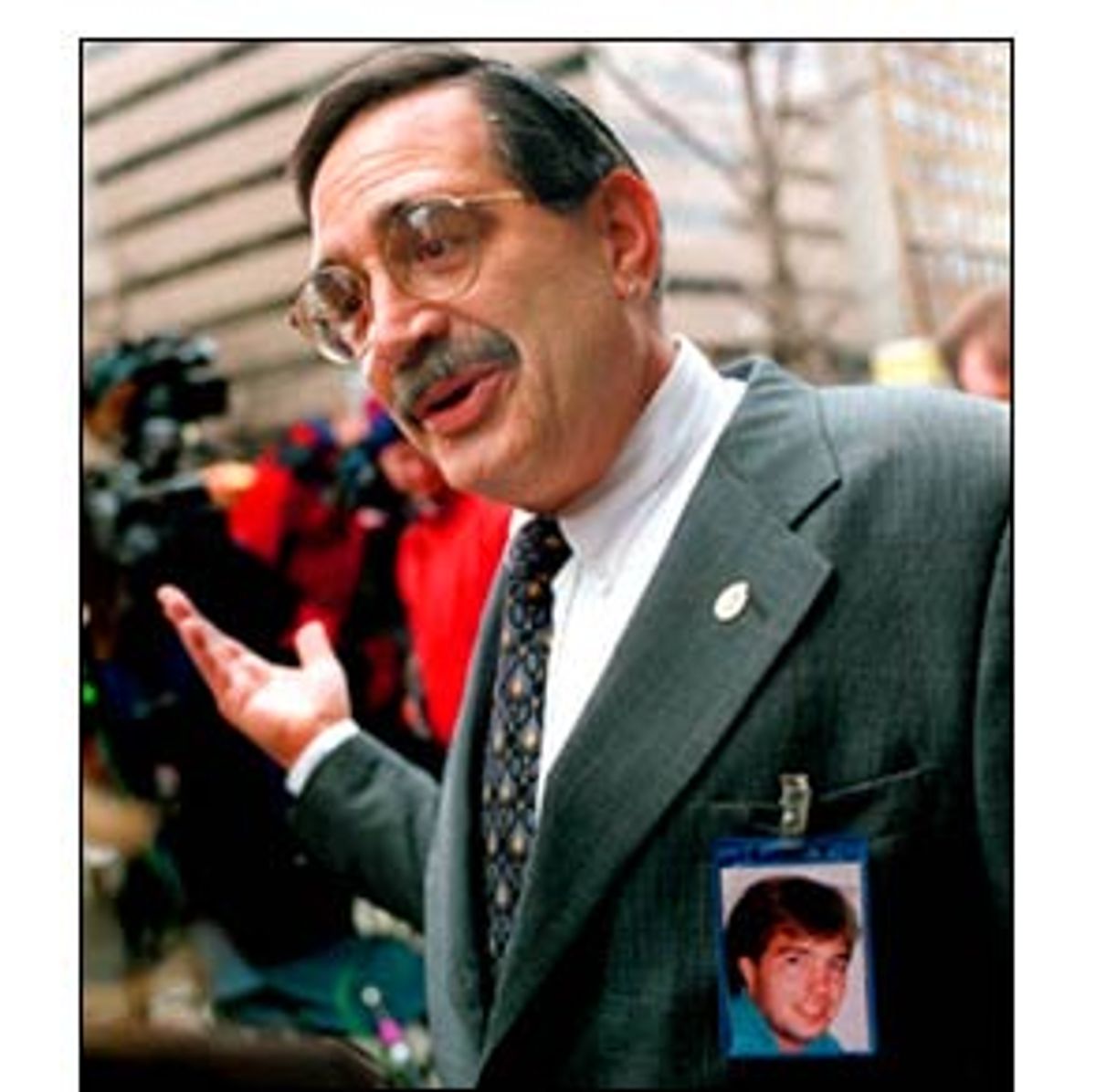 Just after a Scottish court Wednesday found one Libyan man guilty and acquitted another in the bombing of Pan Am Flight 103, Dr. Jim Swire fainted in the family section of the courtroom. Swire, a retired 64-year old British physician who lost his daughter in the bombing, had attended nearly all 85 grueling days of the trial, which began last May in the Netherlands.

Abdel Basset al-Megrahi was found guilty and Al-Amin Khalifa Fhimah was acquitted in the bombing that took place over Lockerbie, Scotland, on Dec. 21, 1988. The case has taken 12 years to resolve. But the verdict may not be the end for the families whose 270 loved ones perished in the air and on the ground that night. In a press conference following the announcement of the verdict, the families vowed to fight on, saying the real criminals have yet to be caught. They seek acknowledgement that the bombing was an act of state-sponsored terrorism, and they hold Libyan leader Moammar Gadhafi responsible.

The Scottish judges trying the case ruled that Megrahi, who was an aviation security chief for Libyan intelligence, planted the device that blew up the plane. He was sentenced to life in prison. Having already served two years at Camp Zeist in Scottish custody, he has just under 18 years to serve before appealing for parole. Fhimah was discharged and allowed to go free after the trial.

"My heart broke when Mr. Fhimah left the courtroom," Tsaris said. "There is no way one person could have gotten that bomb on the plane himself."

Outside in the cold, foggy dampness of the Dutch winter, ringed by a mass of reporters and trying to contain her emotions, Helen Engelhart of Brooklyn, N.Y., also vowed to keep pursuing the case.

American Brian Flynn, whose daughter Samantha was lost in the disaster, echoed the sentiments of most of the other victims' family members.

"Gadhafi should be tried as a war criminal," he said. "He ordered the destruction of an American airline with innocent civilians on it, and I think that appropriate action should be taken."

Prosecutors said the two men conspired to smuggle a suitcase containing a bomb onto a flight from the Mediterranean island of Malta, transferred it to a flight at Frankfurt, Germany, and then loaded it onto Pan Am 103 out of London.

Meanwhile in Washington, other victims' families were lobbying the U.S. government to take a harsher stand against Libya and against terrorist acts.

Of the 270 killed, 189 were Americans. There has been speculation that families would push U.S. courts to pursue restitution from the Libyan government.

"That will be up to the relatives to decide," said David Ben-Aryeah, an advisor to the families. "It is hard to believe that two low-level terrorists were behind the whole thing themselves."

Sanctions against Libya involving trade, travel and a ban on U.S. oil companies operating there were temporarily suspended in 1999 after Libya handed over the two bombing suspects.

Michael Standaert is currently studying for an M.A. in European Journalism in Utrecht, Netherlands.