When it comes to lubrication, Masters and Johnson got it wrong. Second of two parts. 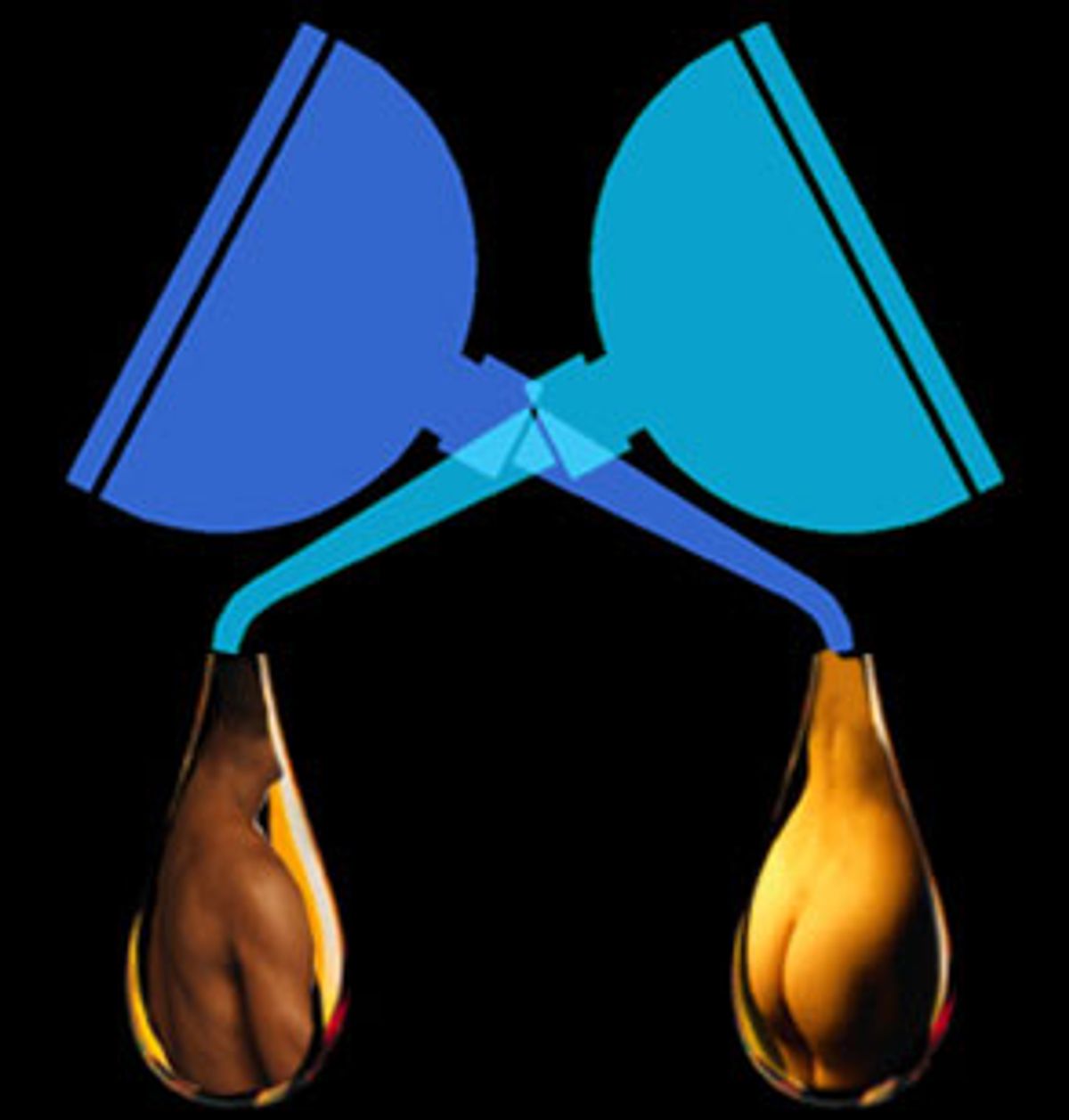 Americans have been misled about sexual lubrication. In the 1960s, pioneering sex researchers William Masters and Virginia Johnson described vaginal lubrication as one aspect of initial sexual arousal in women. They maintained that the vagina produces lubrication fairly quickly as women become aroused. But for many perfectly normal women, vaginal lubrication takes much longer to appear, and when it does, there may not be much of it.

Instant gushing lubrication may happen to some women. But it's much more common for a woman to feel committed to her relationship and erotically aroused by her lover, and still not self-lubricate much, if at all.

Some women naturally produce less vaginal lubrication than others. Just as height varies, so does propensity to self-lubricate. There is nothing wrong with women at any point along the self-lubrication spectrum, says Louanne Cole Weston, a sex therapist in Fair Oaks, Calif. It's just who they are. Unfortunately, women who do not produce much lubrication often feel abnormal, even though they are not. (Meanwhile, women who become "too" self-lubricated may also feel abnormal, and suffer embarrassment about soaking the sheets.)

Estrogen is a major factor in vaginal self-lubrication, according to Cathy Winks and Anne Semans, coauthors of "The Good Vibrations Guide to Sex." The more of the sex hormone in a woman's bloodstream, the more she self-lubricates. Estrogen production begins to decline during a woman's 40s as she approaches menopause. Some women notice decreased self-lubrication as early as their late 30s. After menopause, vaginal dryness becomes a real problem for many women. Hormone replacement therapy may help, but even with supplemental estrogen, some postmenopausal women experience persistent dryness.

In reproductive-age women, estrogen levels fluctuate during the menstrual cycle, resulting in different amounts of lubrication throughout the month, Winks and Semans note. Its viscosity may also vary. The same goes for pregnancy, childbirth and nursing.

Emotional stress is also a factor in self-lubrication. Everything from job hassles to relationship tensions can impair sexual response in both men and women. In men, the result can be erection impairment; in women, a reduction in self-lubrication. Drug use also affects self-lubrication, according to Theresa Crenshaw, M.D., and James Goldberg, coauthors of "Sexual Pharmacology." Many over-the-counter and prescription medications decrease vaginal lubrication, among them alcohol, cigarettes and anything that dries the mouth (antihistamines, cold formulas, marijuana) and certain antidepressants (Elavil, Anafranil, Tofranil and Sinequan, among others). Some women report that birth control pills reduce lubrication.

Extended loveplay is another lube depleter. Even women who produce a good deal of natural lubrication may need more during extended sex or serial interludes.

Masters and Johnson also missed the boat on male self-lubrication. Shortly before orgasm, the Cowper's gland produces a few drops of lubricating fluid to moisten the head of the penis, facilitating insertion. Ideally, yes, but in reality, all the factors that affect women's ability to become lubricated also apply to men. In addition, men's natural lubrication rarely covers any more than the head of the penis. Without additional lubrication, the shaft may become irritated during intercourse and/or irritate the woman.

Lubricants also eliminate many men's objections to condoms, by transmitting more erotic sensation. "This is easy to demonstrate," explains San Francisco sexologist Sandor Gardos. "Close your mouth and dry your lips. Run a finger lightly over them, paying close attention to how your lips feel. Then lick your lips. With your lips moist, run the same finger over them in the same way, again focusing on how it feels. Which feels more sensual? Lips moist, right? The most sensual sex is wet sex. The wetter, the better." Most condoms come pre-lubricated with silicone powder. But for many lovers, the silicone does not provide enough lubrication to allow easy insertion and prevent vaginal irritation. Add a drop of lube to the head of the penis before rolling on the condom, and a man is less likely to be reluctant to use a rubber. (Just don't apply too much lube inside a condom, or it might slip off during intercourse.) And coat the outside of the condom with lube before insertion.

If you like large areas of skin moistened during sex, however, you'll probably feel best using a massage lotion instead of a sexual lubricant. Massage lotions leave less of a sticky residue.

For most lovers, water-based lubes are the way to go. "I recommend only water-based lubricants," says Michael Plaut, an associate professor of psychiatry at the University of Maryland School of Medicine and president of the Society for Sex Therapy and Research. Water-based lubes wash off easily and don't deteriorate latex. These include Astroglide, Probe, Slippery Stuff and ForPlay, among others. "I keep a bottle of Probe in my office," Weston says, "and talk up lubrication to my sex therapy clients. I encourage them to put some on their hands to feel it, smell it and taste it."

Water-based lubricants typically contain purified (deionized) water; glycerin, a syrupy-sweet emulsifier; propylene glycol, which helps the product retain moisture; and a preservative, typically methyl paraben, propyl paraben or grapefruit seed extract. Water-based lubricants rarely cause irritation; however, strongly scented or flavored products may do so in those with sensitive skin.

Water-based lubricants claim to be "taste-free," but that's not really true. Glycerin has a slightly sweet taste. Grapefruit seed extract tastes slightly bitter. And some lubricants contain the spermicide nonoxynol-9, which tastes soapy and medicinal, and may temporarily numb the tongue. The flavored lubricant Lube-a-Licious is water-based.

During extended lovemaking, water-based lubricants often dry out. You can apply more or revive them with a little water or saliva. Some people keep a small bowl of water by the bed to dip their fingers in. Others use a spray mister. "My husband and I use a mister," Weston explains. "Just when you think the lubricant is all gone, with a spritz or two, it reactivates. We used to apply more lube but found that spritzing is more fun."

As one lube convert told Winks and Semans: "Once I started using lube, my sex life improved 1 million percent. It makes everything better."