If he don't tip, the dude ain't hip

One witness says J.Lo's squeeze is guilty of a charge even Johnnie Cochran can't fix. 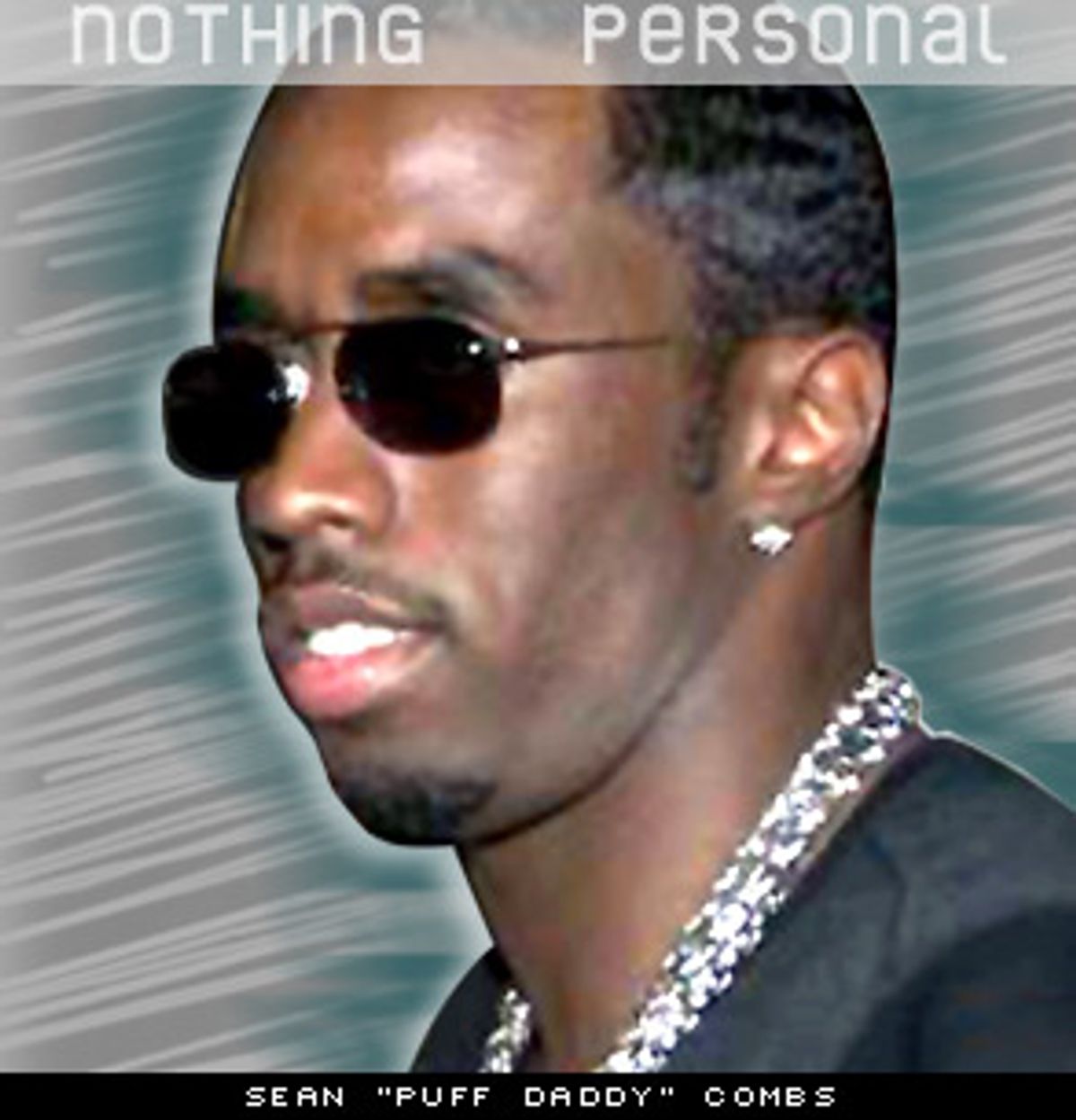 If we learn nothing else from Wednesday's testimony at the trial in which Sean "Puff Daddy" Combs stands accused of gun possession and bribery stemming from a fracas at a New York nightclub in December 1999, we've learned this: The man is an unbelievably lousy tipper.

After a morning in which the big excitement was a former corrections officer who works as a Puffy bodyguard swearing that he'd never seen the Puffster carry a gun -- and that he wouldn't have risked his job and worked for him if he had -- the afternoon was spent discussing floor plans, bullet trajectories and the "analization," as Jamal "Shyne" Barrow's malaprop-inclined lawyer put it, of gunpowder residue.

(A court officer kicked out one young feller in the audience for falling asleep. "Grab your things!" he snapped at the napper.)

Then, after 5 p.m., when many of the reporters covering the trial had already tucked away their slender notebooks and trudged off, a witness named Monica Caban took the stand.

A college student studying marketing, Caban was a cocktail waitress at Club New York the fateful night of Dec. 26, 1999, when bullets were fired and Puffy and his pals left the club, hopped into their 1999 Lincoln Navigator and took off in a hurry.

She worked a regular Sunday night shift at the club and that night, she said, she was assigned to the club's V.I.P section and told to prepare for a private party. Puff Daddy, Jennifer Lopez and their entourage were on their way. Caban was to cater to them exclusively. She set to it.

Mr. Combs, as he is known in court, Ms. Lopez and about 10 other people arrived around 1 a.m., Caban said. They were quickly ushered into the club's V.I.P. section and began ordering champagne -- Mokt, Caban testified. Lots of it.

"They ordered the champagne. I brought the champagne. They drank it," she said under cross-examination by O.J. Simpson's old lawyer Johnnie Cochran. "That was my job. That's what I did."

It was, she agreed, a "party atmosphere." Puffy and Jennifer were dancing, amidst a sea of security officers. Nothing out of the ordinary about Puffy's dancing style, she said, "no big dance moves."

"No repeated busting moves?" Cochran inquired, playing to the crowd after sitting quietly beside Puffy all morning and letting his colleague Benjamin Brafman do the work.

(If the move don't bust, you have to trust? If the dance isn't big, don't send him to the brig?)

But when Caban brought Puffy the bill, things got a little hinky, she recalled. "It came to around $4,000," she said. And Puffy got huffy and accused her of overcharging him. Eventually, Puffy settled the bill with the club manager, Eric Funk, while Caban hung low in the back office, she testified, but when the manager came back, he informed her that Combs had completely stiffed her on the tip because he felt she'd overcharged him.

Now, I have no idea whether or not Puffy should be convicted of the charges brought against him by the People of New York. That's for the jury to decide. But I will say this. It's not right for a millionaire (Lord knows how many times over) to stiff a waitress (and bully her to boot) just because he objects to paying for what he charged. That $600 (if you lowball it at 15 percent) might have been chump change for him, but it would have been serious money for someone serving up cocktails to put herself through school.

After the trial broke for the night on Wednesday, I stopped to chat with Caban outside the courtroom. I'd heard of Puffy's tipping problems before, that he'd made a waitress at another club cry. Caban said she wasn't surprised to hear it.

In fact, she told me, she feels she got off easy. "I have a friend who works at another club who told me he didn't even pay his bill. He and his friends just walked out and stuck the club with it," she said. Among waitresses in New York, it turns out, he's nearly as famous for drinking and ditching than for anything else.

Has Caban had other celebrities pull stunts like that?

"Oh, no. Never," she said. "No one else has done that. People are usually really nice."