We pull up our roots

And our confidence withers. Whose idea was this, anyway? 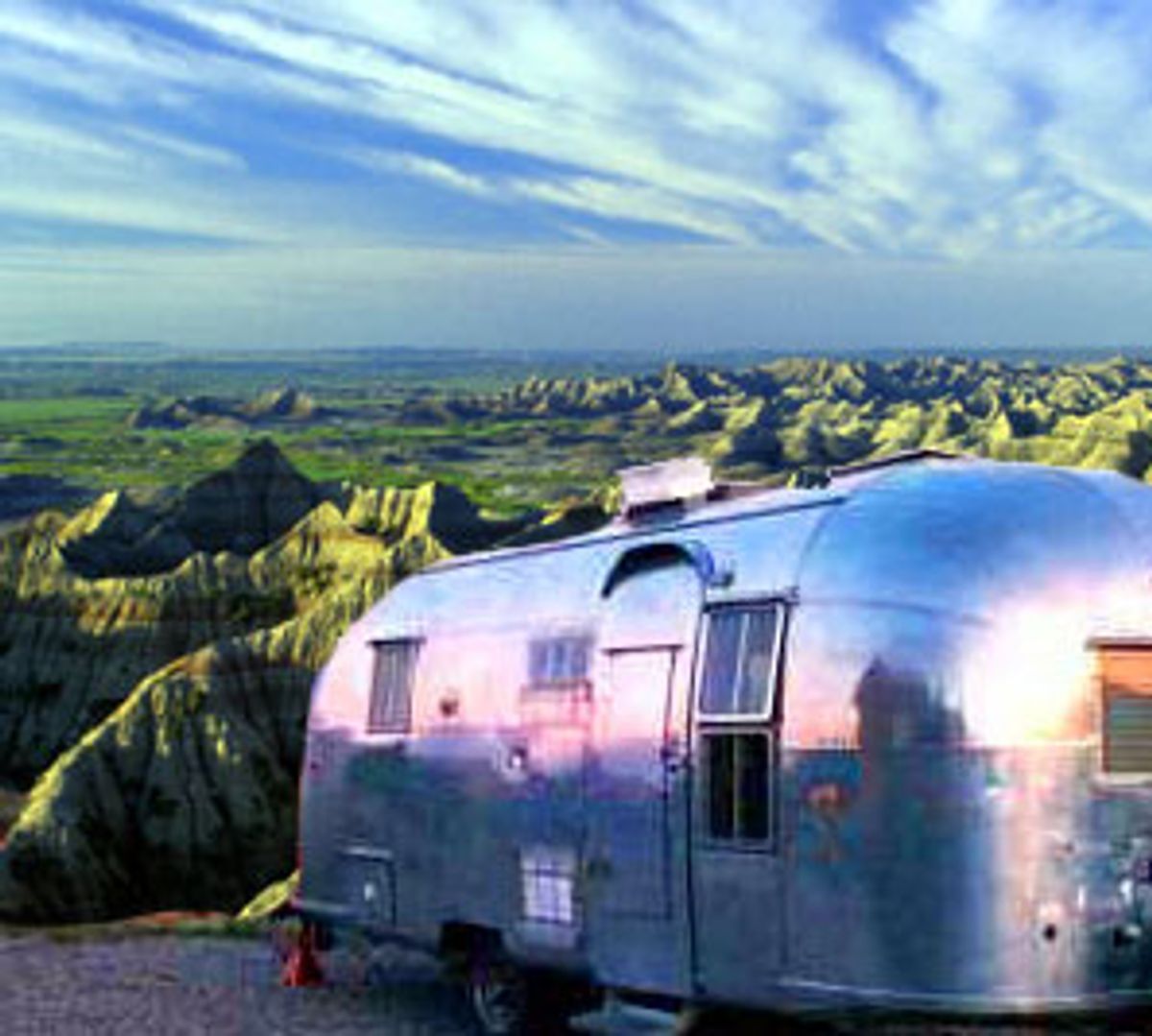 It was easy to talk about selling everything and going on the road. The plan had romance. It had adventure and derring-do. It stirred our stodgy midlife souls and suited the adolescent restlessness of our two youngest children. But the doing of it, now that was a different story. Its execution required the physical stamina of a draft horse and the emotional endurance of flint. It demanded more of us than we had ever anticipated.

Far beyond practicalities that were numbing in their complexity -- How would we pay for the trip and manage our money on the road? How would we keep in touch with aging parents and older children? -- this decision required that we leave behind people and things that are dear to us without knowing whether we would ever gain as much as we were losing.

First, we sold our cottage on its oak-clad hill with the lake nestling silently below -- a blue drop of leftover glacial ice in a lush green cup. Loons nest there, and it is where our children learned to swim. Then we sold our house, the stately 1880s-era farmhouse with hand-forged nails and horsehair plaster walls. It had enfolded all eight of us within its ample rooms and had weathered the rambunctious activity of toddlers and the manic energy of teenagers with a grandmother's benevolent grace. Its yard and the surrounding fields yielded asparagus, rhubarb, currants, cherries, red and black raspberries, blackberries and Concord grapes.

My husband, Craig, dismantled the shop he had enlarged four times over the years and in which he made handcrafted coffins, custom furniture, whimsical sculptures and something he calls "storyteller chairs." He was known in our village as "the coffin guy," and in broader circles as a respectable artist.

Finally, we sold everything else, keeping in mind the advice of William Morris: Own nothing "that you do not know to be useful, or believe to be beautiful." That still covered a lot of ground, so we rented space in a friend's barn for the beautiful and useful things we could not part with.

In the end, our dog was one of them. Our border collie mutt had sat on our feet as a pup and wormed her way into our hearts with her easy, eager-to-please nature. After heated discussion and casting about for options, we decided to take her with us and deal with the consequences. We were already losing too much to part with her as well.

Then the goodbyes began, and that was the hardest of all.

We had lived in our Midwestern village for a decade. That is a genealogical eye blink by our village standards. Its librarian, for example, looks back over more than four generations. She calls herself a spinster, but she is neither old nor homely. She is, in fact, one of the most intelligent people I know. She is as passionate about obscure details of British history as she is about her beloved Green Bay Packers.

When I blunderingly told her of our plans to leave, she made a few "oh" sounds like something soft and small, and I became aware that this news distressed her and even made her a little angry. People with roots form attachments cautiously, but once formed, they are tenacious. In a village like ours, buffeted by waves of growth and change, deep roots retain the soil of its character and history. But they are fragile things, and each small uprooting shifts the communal bedrock.

"What about roots?" she demanded of me when I told her we were leaving. I tried to explain that we were cutting away anchors, not roots, but she was unimpressed. "Wouldn't you want to see mountains?" I asked. "Deserts? Different cultures?" "I would miss the cornfields" was her stolid reply. Clearly we don't know about being rooted, not like Sandy. And yet even for us the uprooting was hard enough.

We decided that the big white expanse of our new 30-foot trailer would make a perfect canvas upon which our friends could leave their handprints as a blessing and remembrance. I also hoped that a gaily painted trailer might entertain, however fleetingly, those trapped behind us as we lumbered along country roads.

So we gave ourselves a going-away party. We discovered, however, that a paintbrush (and a beer or two) in the hands of adults is a dangerous thing. Our friends left their handprints and went on to paint footprints, favorite quotes, landscapes and symbols. The kids added tipsy letters and childish scrawls. The effect is an effervescent, joyous collage, and we are sure to be stopped at every border and probably some state lines.

The finest part was contributed by friends of unsung but prodigious talent who painted the hand of God reaching out to Adam from the image on the Sistine Chapel. It is high on the front of the trailer and will hover above us wherever the road takes us.

When our friends were finished, one of them looked at my husband dead in the eye and said, "Don't go." It was almost a plea. Later that night, we celebrated a last supper with my best girlfriend and her husband. The candles burned low, the wine was drained and finally, finally we had to leave. My girlfriend burst into tears, and we stumbled misty-eyed into the night.

Julia, our 10-year-old daughter, endured similar partings. Her pre-pubescent friends clustered about her mournfully on her last day of school, alternately weeping and giggling. One little girl became so distraught that she stayed that last weekend with us. The friends of 13-year-old Steve, however, maintained a posture of manly reserve.

On our last day, with our trailer loaded, an empty-house smell had already seeped into the barren rooms of our home. We wandered through the yard absorbing the scene of phlox and lavender and giant Norwegian pines. At the last moment, my eldest son, the child of my youth and the son who has struggled into his own young adulthood, came to say goodbye. Tears intensified the blue of his agate eyes and I was utterly undone. I was sure I couldn't absorb another drop of sadness. And then I did.

"If you keep standing there, I'll keep crying," he said. So I walked away.

Five days later, we awake to find the Cutler family reunion gathering steam around us in Pokagon State Park, just across the Indiana state line. The Cutlers are a rollicking, expansive, boisterous gaggle of Free Methodists that at last count had drawn together at least six of the family's eight children and perhaps 25 of its numerous grandkids. Our children are in their glory. A muddy game of football proceeds endlessly, with the adult brothers renewing good-natured rivalries as their children (and mine) dodge among their legs.

The patriarch of the clan hits it off with our Steve. "Hey, Smarty Pants," he roars. "You gonna sleep all day?" He rattles the door of our trailer. "Get up Lazy Bones."

That night Craig reads to us from a Farley Mowat anthology. It is hilarious, and the campfire snorts and laughs along with us. The dog sleeps under my chair, chasing rabbits. The moment is safe and warm -- the four of us laughing together with all the time and wonders of the world ahead.

Rain is forecast, so tomorrow we will head south -- loaded with firewood from the Cutler family stockpile.