Too hot to handle

Fox says no to contraceptive ad on "Temptation Island." 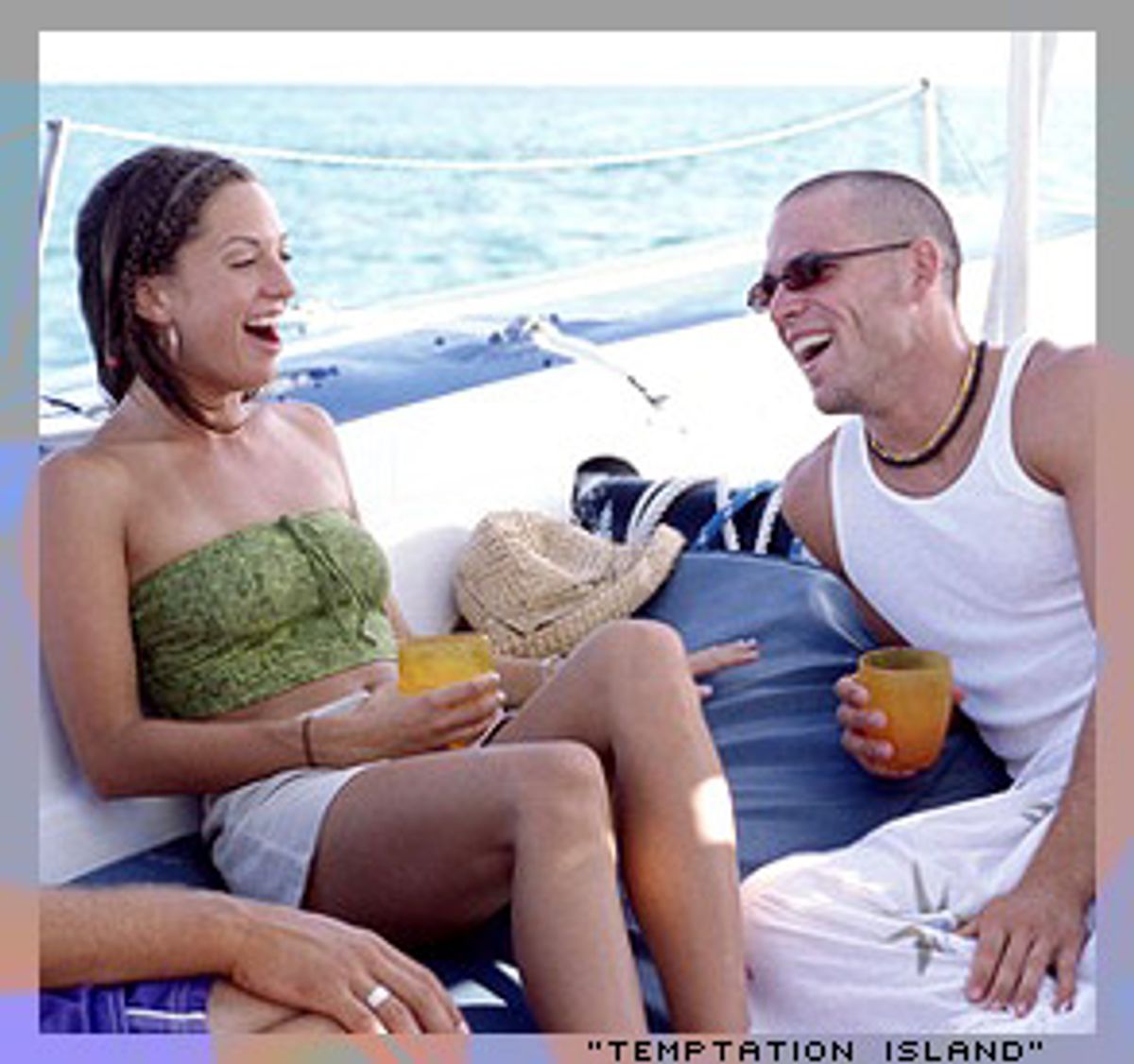 Leave it to Fox to seize the moral high ground.

In a baffling display of situational ethics, Fox TV has refused to allow the makers of a female contraceptive called Encare to advertise their product on Fox's raunchy reality program "Temptation Island."

For advertising executive Al Kestnbaum -- whose company, Chestnut Communications, represents Encare -- running a spot on "Temptation Island" seemed like a no-brainer. The show "which gets a sizable young female audience," matches up perfectly with Encare's target demographic, Kestnbaum said in an interview Friday.

"I have not heard a rational explanation for it," Kestnbaum said. "I've only heard that that's the policy and in order for that to be changed, it would have to be (Fox owner) Rupert Murdoch himself who changed it."

The refusal was particularly galling given the content of the show, Kestnbaum said, pointing out that in the "Temptation Island" episode on which Encare was seeking to advertise, two contestants were booted when it was discovered that they had a child together out of wedlock.

The premise -- such as it is -- of "Temptation Island" is that four monogamous couples have been carted off to a Caribbean island, split up and encouraged to test their fidelity by dating a cadre of buff and buxom singles who are encamped there for the sole purpose of breaking up the aforementioned relationships.

"The irony that they wouldn't take a birth control ad in that (context) is substantial," Kestnbaum said. "The show we want to be on glorifies promiscuity. How they, on one hand, can say it's OK to run that and, on the other hand, it's not OK to run a birth control commercial ... I'm still looking for a rational explanation for that."

Kestnbaum said that the ad has run in "national syndication" and on major cable networks.

Since before the first episode of "Temptation Island" ran, Fox has been ardently defending the racy series against blistering attacks from conservative and pro-family groups that find the program morally repellent.

But while Fox has been at home wading through the muck to defend its hit series, the company wasn't comfortable with Kestnbaum's ad, which features a woman in her 20s having a chaste phone conversation with her husband:

"I love you Steve, but I'm not ready to get pregnant," the fully clothed and wedding-ring-wearing actress says in the commercial. "Encare puts me in control."

And while the other three major networks -- ABC, CBS and NBC -- are typically seen as stodgy compared to the freewheeling Fox, at least one of the Big Four doesn't share Fox's skittishness over the Encare commercial.

While he would not identify the network by name, Kestnbaum confirmed that one of the four major networks has already agreed to run the Encare ad at some point in the coming weeks.

Kestnbaum said that on Friday afternoon, he sent storyboards for the commercial to the advertising departments of the remaining two major networks to determine whether they would accept the ads.

Fox officials did not return calls by the deadline for this story.