I uncovered a sex video of my boyfriend and his ex. 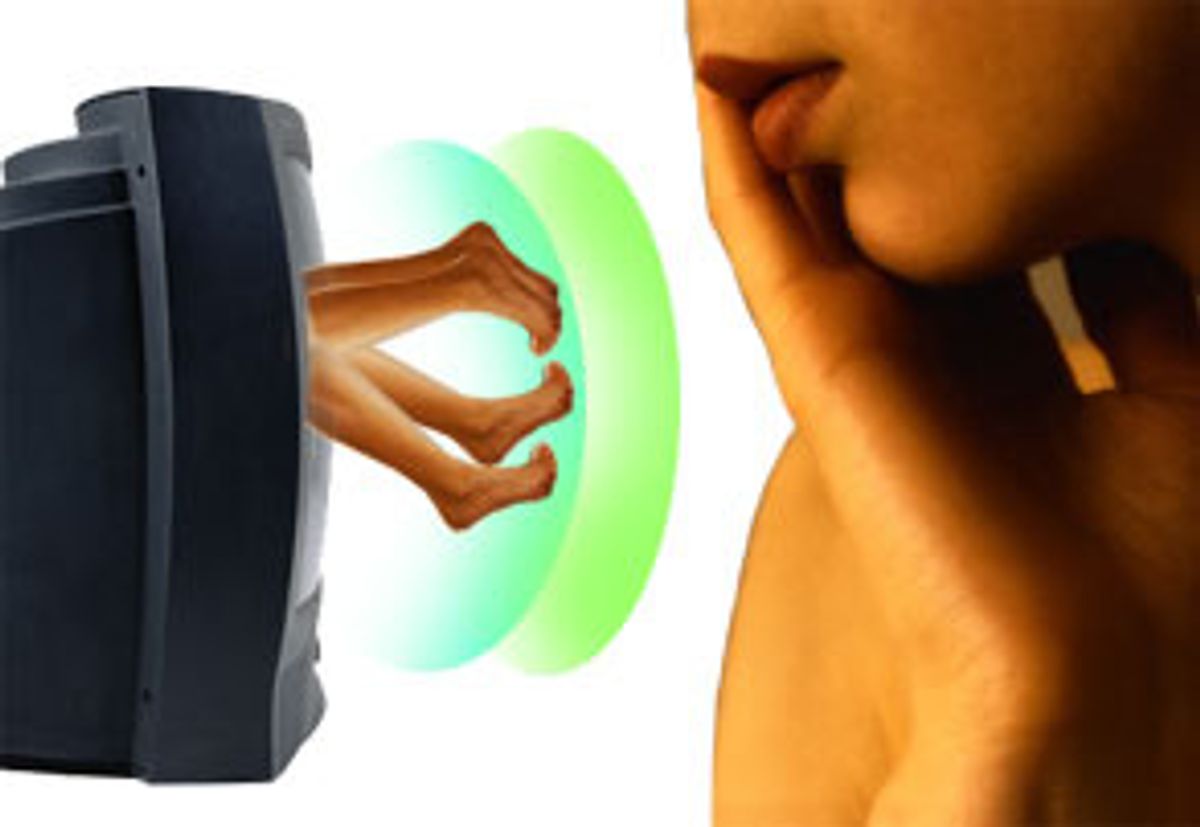 It was the Friday before Labor Day. I was at my boyfriend's. We were planning to go away for the weekend. I was waiting for him to come home from work and looking for something to read to make the time go by more quickly.

When I pulled "Lady Chatterley's Lover" from my boyfriend's bookshelf I thought I was about to have a look at my first D.H. Lawrence novel. But what I was about to see was much more alarming. Behind the book was a videotape. It had no labeling and no packaging. "Could it be?" I wondered. Was this the "Katie" tape?

I knew this tape existed. Early in our relationship my boyfriend and I had had a conversation that involved the question "Have you ever videotaped yourself having sex?" He'd answered, "Yes, once, with Katie."

Katie had caused him equal amounts of pleasure and pain. He had described his relationship with her as both volatile and passionate. He told me he craved Katie from the moment he met her, while later admitting that it had taken him three or four dates to even notice what I looked like.

My hand was shaking slightly as I picked up the tape and slipped it into his VCR. I sat down on the bed and hit the play button on the remote. The tape opened with a shot of a naked woman lying on her side. She was on a double bed in a bedroom with fake wood paneling. A ceramic pot full of gangly artificial flowers sat on a nightstand beside the bed. Centered on the wall behind the headboard was a painted seascape, hanging much too close to the ceiling.

Her legs were drawn up toward her and she was smoking a cigarette. She took her time finishing her cigarette, put it out in an overflowing ashtray beside the artificial flowers and rolled onto her back. The camera then moved to her face. She was older than I'd expected and her skin showed signs of many years of smoking. Her blond hair was frizzy at the ends and dark at the roots and her eyes looked tired and sad. "Could this really be Katie?" I wondered. I knew that she was a smoker and that she had blond hair, yet this woman was nothing like I'd imagined.

The camera then panned down past small, sagging, brown-nippled breasts to reveal long purple scars that ran from her bellybutton to the top of her dark pubic hair. At that point the camera became still and my boyfriend joined her. He was naked too. He looked small and pale, and his thinning hair was highlighted by the position of the camera. Neither of them said a word. They didn't even kiss.

Katie began stroking my boyfriend's scrotum until he was aroused. At that point their lovemaking began. I expected to feel rage, jealousy and insecurity. Instead I felt pity. I felt sorry for my small, pale, balding boyfriend. I felt sorry for Katie with her frizzy hair, sagging bosom and scarred abdomen. And I felt sorry for me as I watched the two of them try their best to come together with their less than perfect bodies in their less than perfect environment. They were two scarred people making love the best way they knew how -- and I was sitting alone watching them. I wanted to cry.

Later in the tape, Katie appeared in a worn satin bra, black stockings and black shoes with small pointy heels. Her garter belt stretched across her scars, making a big X on her abdomen. She was lying back on a couch that at one time must have been a bright aqua blue with pink flowers but was now badly faded.

Katie began performing for the camera, or for my boyfriend behind the camera. When the camera moved from her face to her genitals, I could see that the faded upholstery was torn at the base of the couch, exposing the stained foam padding underneath. My boyfriend did his best to keep the camera positioned low enough to show Katie, yet high enough to hide the torn upholstery. Despite his efforts, the torn upholstery and foam padding kept creeping into view to compete with Katie's exposed genitals.

I watched for a few minutes more. When I was satisfied that Katie wasn't going to turn into a supermodel and my boyfriend wasn't going to show her a kind of love or intimacy he hadn't shown me, I rewound the tape and hit the eject button. After returning the tape to its hiding place in the bookshelf, I went downstairs, got a drink, sat down on the couch, propped up my feet on the coffee table and began "Lady Chatterley's Lover."

Kara Lyon is a freelance writer based in New York.