The Golden State's helter-skelter soul has long been the fertile crescent of fear, but we're moving on now -- to something worse. 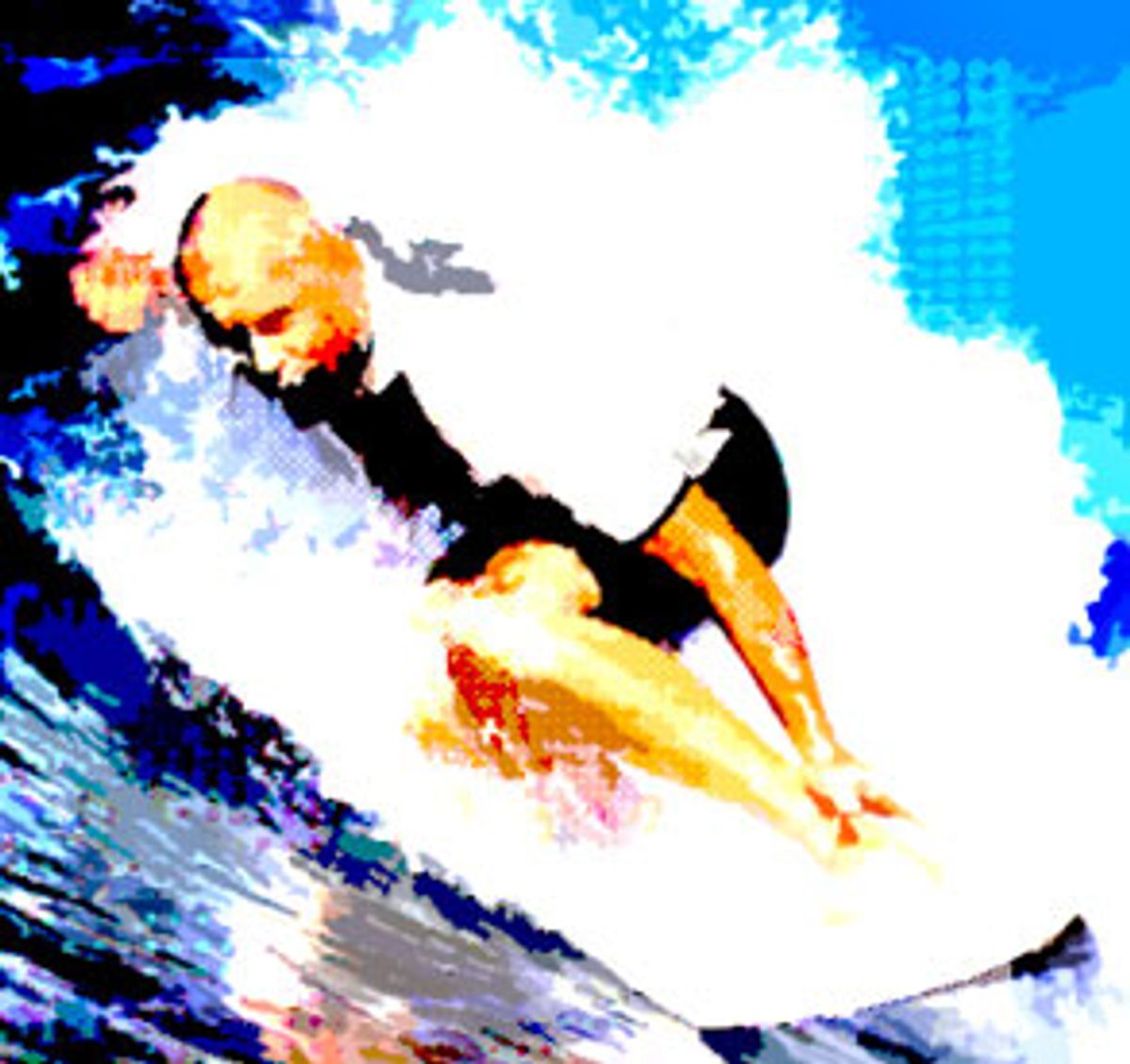 "The White Album," Joan Didion's 1979 collection of essays, helped define California as the paranoia capital of the world. Driving Didion's rumination on sunlit angst in the 1960s and '70s was a sense of horror at the loss of the master narrative, as the world became "flash pictures in variable sequence, images with no 'meaning' beyond their temporary arrangement, not a movie, but a cutting room experience."

Didion's portrait of California was a stroboscopic pastiche of haunting visions, of vertigo and nausea: Charles Manson on the loose in the hills above Los Angeles; a woman writing down license plate numbers and stowing them in her dresser drawer to be found by the police after her inevitable murder; the man with the candy leading children into the sea; abandoned babies on the interstate somewhere south of Bakersfield.


The child, whose fingers had to be pried loose from the cyclone fence when she was rescued twelve hours later by the California Highway Patrol, reported that she had run after the car carrying her mother and stepfather and brother and sister for "a long time."

These flashes became emblematic of a certain California experience, an explanation of our end of the frontier consciousness, of a state left desperately trying to connect the dots, even as the psychocultural tectonic plates shifted beneath our feet.

But it is a game we no longer play, and don't miss. More than 20 years after Didion's seminal title essay, we Californians are no longer asking the questions of how, let alone why. We are hypnotized. Our paranoia has been replaced with something far more sinister and self-destructive -- a collective aphasia and paralysis, an unexamined sense of infallibility.

Who can blame us? They have cried wolf once too often. According to Nostradamus we would fall into the ocean in the 1980s, and we didn't. We survived the fires, floods and riots of the 1990s, and all those that came before. The Y2K bug turned out to be nonexistent. There is no whipping this mass into a frenzy: We have entered the post-paranoia period, one of permanent sedation.

The paranoids have done their job too well. Conspiracy is no longer feared as much as it is assumed. The world, the real world, is controlled by secrets, by people in the know. This is no longer a theory, it is an assumed truth, and it is no longer troubling. This is our ultimate comforting fantasy, our silent religious belief. It is based on order, knowledge and truth, something greater than ourselves. It is a defense against entropy.

Of course, there are still the raving paranoids among us. There is no shortage of Web sites and widely distributed e-mails about UFO sightings, the ongoing investigation into the Kennedy assassination and other vast conspiracies. But the communal aspect is gone. These stories don't affect our public personae. They only help sink us into a truer, more dangerous paranoia. Like the case of Phil Katz.

Katz was something of a wunderkind in the technology world, creating Zip technology, which allowed for the compression and storage of large computer files. But as his company's success grew, so did Katz's drinking problem and his paranoia. He was convinced the police were out to get him. He fired his own mother.

On April 14, Katz's body was found in a motel room. He was sitting by the bed in his underwear, clutching an empty bottle of Rumple Minze. The official cause of death: acute pancreatic bleeding caused by alcoholism.

The public California, now more than ever, is defined by the nefarious giants, boogeymen of paranoids past. Instead of Didion, we get a new Disneyland, mocking us with a new California Adventure, complete with thrilling rides like "Deja vu."

California Adventure is strictly "reality-based," a Disney spokesman told the Christian Science Monitor. "We want to celebrate the California Dream. California has always been and continues to be a place that people are drawn to for a variety of reasons, so we created a series of lands and districts that are inspired by real places in California," he said. It's almost a cruel taunt -- a virtual rendition of the way things never used to be and are not now, a mirage turned into a theme park.

California Adventure is celebrated on front pages of the state's newspapers and in specials on local, Disney-owned ABC affiliate stations. Where are the prophets of doom? Where are the people like E.L. Doctorow, who wrote this in 1971:

"The ideal Disneyland patron may be said to be one who responds to a process of symbolic manipulation ... What Disneyland proposes is a technique of abbreviated shorthand culture for the masses ... In a forthcoming time of highly governed masses in an overpopulated world, this technique may be extremely useful both as a substitute for education, and eventually, as a substitute for experience."

Thirty years ago, this was disturbing. Today, we don't even flinch.

The consequences of life without mass paranoia are daunting. It is woven into our founding fabric. We are a nation of puritanical paranoids. And nowhere has this been more apparent than in California. In fact, paranoia is a sort of cottage industry for us Californians. Many of the country's most paranoid writers -- Thomas Pynchon, Philip K. Dick, Raymond Chandler, Aldous Huxley -- lived in California. And there's no shortage of movies about paranoia set in the state: "Blade Runner," "The Conversation," "The Day of the Locust." But it has lost its ability to hold. Just look at the paragon of 1990s paranoia on television, "The X-Files." Even that show, strapped with mantras like "Trust no one" and "The truth is out there," has devolved into a B-grade display of horror and gore.

Yet for outsiders the idea of California persists. It will always be the Golden State, Shangri-La, a paradise on earth. We are surfers and Scientologists, kooky and cavalier.

But we toil in Utopia. The state's recent power crisis is the latest example of this, playing neatly into the ironic narrative: The center of the technological revolution cannot even make the light switch work. This brand of Californian top-heaviness is as old as California, us with our heads in the clouds as the very earth slides beneath our feet.

It's a narrative that dies hard. There is something irresistible about the idea of California failing. Stuck here on our end of the frontier craziness, we detect an unmistakable national, even international, pleasure being taken in the failure of California.

When the lights went out, around Christmas time, the press did not disappoint. "California Christmas Loses Warmth" screamed the headline in the Dallas paper. A London paper bellowed, "California Is in Chaos."

What writer could resist the idea of the Golden State shadowed in darkness? The clichéd underbelly of the California dream, our benzocaine backwardness, Paradise Lost. The deconstructive impulse to rip it to shreds is too delicious to resist.

But for those of us who live our lives in California, again, we can hardly muster a shrug, having long ago checked the impulse to try, in Didion's words, to see what it means.