The author of "Kingdom of Shadows" picks four great books that transport you to the '30s and '40s. 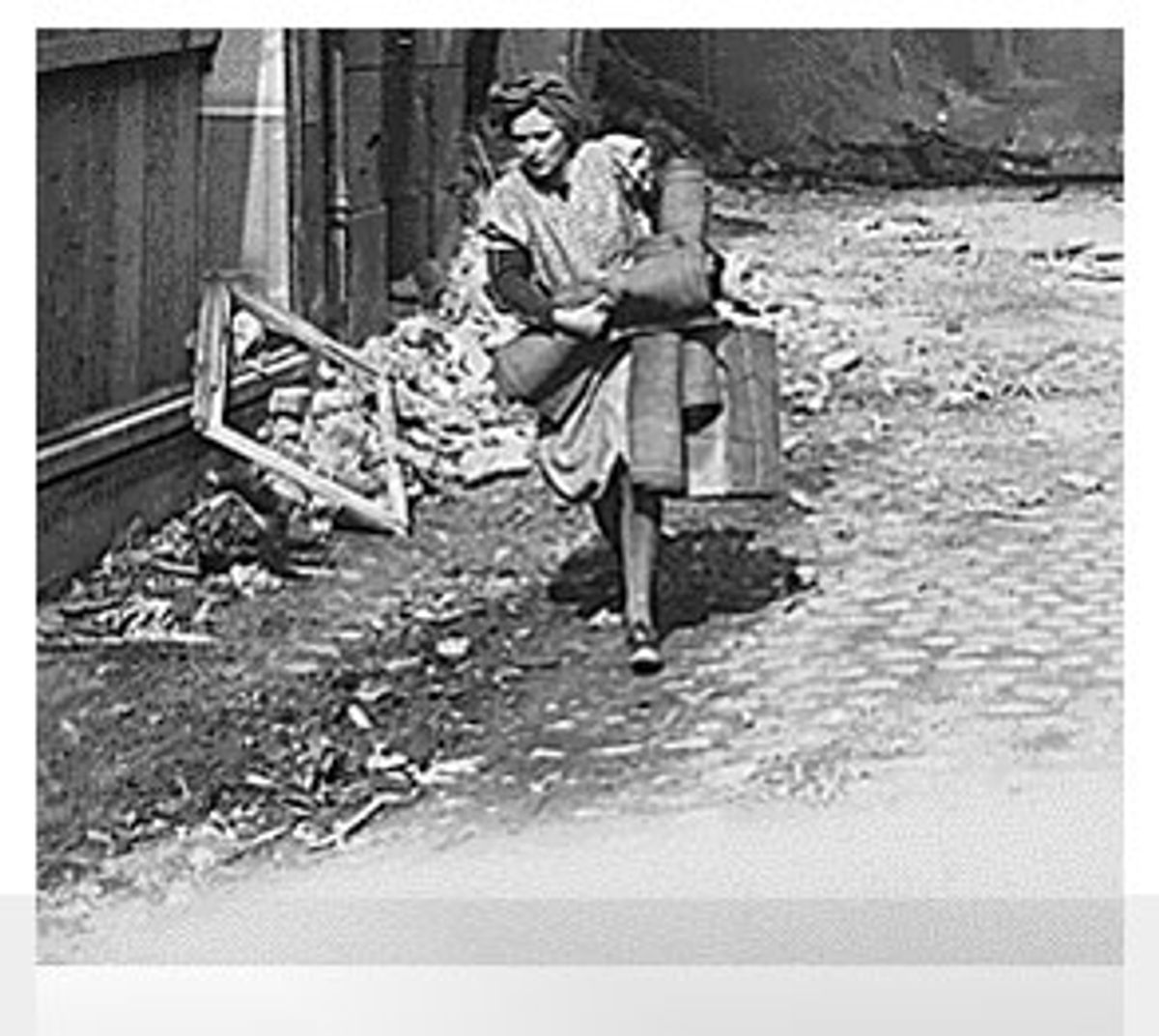 I write historical espionage novels that move within the period from 1933 (the ascent of Hitler) to 1944 (the end of war in Europe, more or less). Now, how to get there ... Teleportation is difficult and expensive (also, well, time-consuming) and available only in science fiction novels. So, try something else. Photographs are useful, movies also (it was a black-and-white period, we tend to think, thus Spielberg's "Schindler's List"). Best are the precise and thoughtful histories of the time and memoirs, both commercially published and self-published, the latter often very, very worthwhile. Listen to the music, read the newspapers of the day and watch the newsreels. Read the novels.

It just so happened that novelists of that period wrote about their characters and the world they moved in with great spiritual fidelity -- how people thought, what they felt, what they feared, how, when they loved, they loved. If the memoir is witness to an individual life, the novel works at how a class of people tried to live, the crises they faced and how they faced them. The history of a period concerns itself with politics, the fiction with the politics of staying alive and trying to be happy. Add A to B, and you can begin a historical novel.

For me, these books provide crucial insight into the time when they were written. And I also like them. They share a certain character, impossible to define, of being good reading. Books like that are generally owned, kept somewhere you can see them and read now and then -- never just once.

Babi Yar by Anatoli Kuznetsov
Anatoli Kuznetsov began "Babi Yar: A Document in the Form of a Novel" -- a memoir of his wartime life -- in a notebook when he was 14 years old, rewrote it over the years, then published it, in a censored version, in the Soviet magazine Yunost in 1966, and fled the USSR for Britain with it -- on film hidden in the lining of his coat -- in 1969. He published it with Penguin in 1970, this time with the censored Soviet version in regular type. He restored what the censors cut out, putting it in heavier type, and added extra material, shown in brackets. Over the years, I've conducted a survey by asking friends if they've read it, and they never have. Acclaimed it was, but the title doesn't tell the whole story: It begins with the slaughter of Kiev's Jews in the Babi Yar ravine after the city was occupied in September of 1941, but it goes on from there.

Beyond "holocaust literature." It is also about the curious fact that a 14-year-old boy can show up anywhere and adults -- German soldiers -- don't especially care. By accident, then, he saw what others were not allowed to see. And by accident, he survived the occupation and lived to write about it. It is also a study in censorship -- chilling in a particular way. The Soviet hand on this manuscript was clever, not ham-fisted. The job of censorship was done in such a way that it left no trail -- the reader wouldn't know. Test yourself with this, you'll be surprised.

Flight Without End by Joseph Roth
Of "Flight Without End," Joseph Roth says, "In what follows I tell the story of my friend, comrade and spiritual associate Franz Tunda ... I have invented nothing, made up nothing. The question of 'poetic invention' is no longer relevant. Observed fact is all that counts."

Roth is a central spiritual figure of the midcentury. Born a Jew in a Galician shtetl, he served with the Austro-Hungarian army in World War I, on the eastern front, was a journalist and a novelist, converted to Catholicism, became a royalist dedicated to the Austro-Hungarian monarchy, became an imigri in flight from Hitler in 1933 and drank himself to death in Paris as war engulfed Europe in 1939. What happens to Franz Tunda in "Flight Without End" re-creates a spiritual and physical journey that thousands of people undertook in that period. A lieutenant in the army, he is captured and sent to Siberian exile, escapes, tries to return to Vienna, fights in the Bolshevik revolution, becomes involved with a French woman, goes to Germany, then to Paris. There is always a woman, always a search for love. All of it in a 144-page novel: Begin reading at midday, finish at dawn. As, I suspect, Roth meant for you to do.

A Coffin for Dimitrios by Eric Ambler
So, it's off to a desert island (not on television) and you get to take only one Eric Ambler novel. Cheer up, and get a copy of "A Coffin for Dimitrios." Published in 1937, this is my favorite Ambler, maybe the best. It involves a British writer of romans policiers (detective novels, but we need to be in the Amblerian mood here) with the head (is he?) of the Turkish secret police, Colonel Haki. Who, it turns out, is a great fan of the genre, has his own project underway, based on a certain dossier, concerning one Dimitrios Makropoulos. Would the British writer care to have a look at it?

Here is the political intrigue of the '20s and '30s in luminous perfection. The Englishman's pursuit of Dimitrios leads from Smyrna (now Izmir), through Athens to Sofia, on the track of the assassin of the Bulgarian leader of the Peasant Party, Stambulisky, then to Geneva, then Belgrade, at last to Paris -- which all European novels of intrigue must visit, first chapter or last. Along the way, there is political murder, espionage, white slavery and heroin. It's delivered in some of Ambler's finest writing, and with the most extraordinary flavor of sophisticated Europe at that moment in the century.

Journey to the End of the Night by Celine
"Our life is a journey/ Through winter and night/ We look for our way/ In a sky without light." Where's that from? Why, it's a song of the Swiss guards, in 1793. And who, on this earth, would know such a thing, then use it as an epigraph? Why, the dreadful French physician who wrote it under the name "Louis-Ferdinand Celine" in his 1932 novel, "Journey to the End of the Night." WARNING: THIS IS A RACIST AND ANTI-SEMITIC NOVEL!!! If you have any sensitivity to these areas, at all, don't read it! Celine barely escaped with his life at the end of World War II, having preached the murder of French Jews on the occupation radio. He was truly a bad man.

But an extraordinary writer. If you had to find the most savage, brutal, funny, infuriating and, somehow, mesmerizing novel in history, you could do worse than to start with this. What you really have here is nihilism, a kind of brutal cynicism that could only exist in a Parisian intellectual at the end of World War I, who then is dropped in the middle of French colonial Africa, goes on to New York, Detroit and back to Paris. Can a work of fiction be simultaneously offensive and seductive? It can; this one is.

There are more, of course; novels become historical telescopes. It is a curiosity of the 1930s that, immersed in brutal tides of financial depression, radical politics and raging nationalisms, writers rose to the occasion, to the pitch of the moment. That was way up there, and the inspiration of the thing has to lie somewhere in its contrast to the cooled-down prose and knowing attitudes of right now. This time in history was in so many ways terrible that people who lived in the middle of it seemed, at the end of the day, to have one desperate plea above all: remember what happened. And if you hear the echo of an "otherwise" reverberating after that sentence, that's because it's there.

Alan Furst's novels include "Night Soldiers," "The Polish Officer," "The World at Night" and, most recently, "Kingdom of Shadows."