We bombed Iraq! What else is new?

But while Friday's campaign might have been "routine," it could still launch a different approach to Iraq. 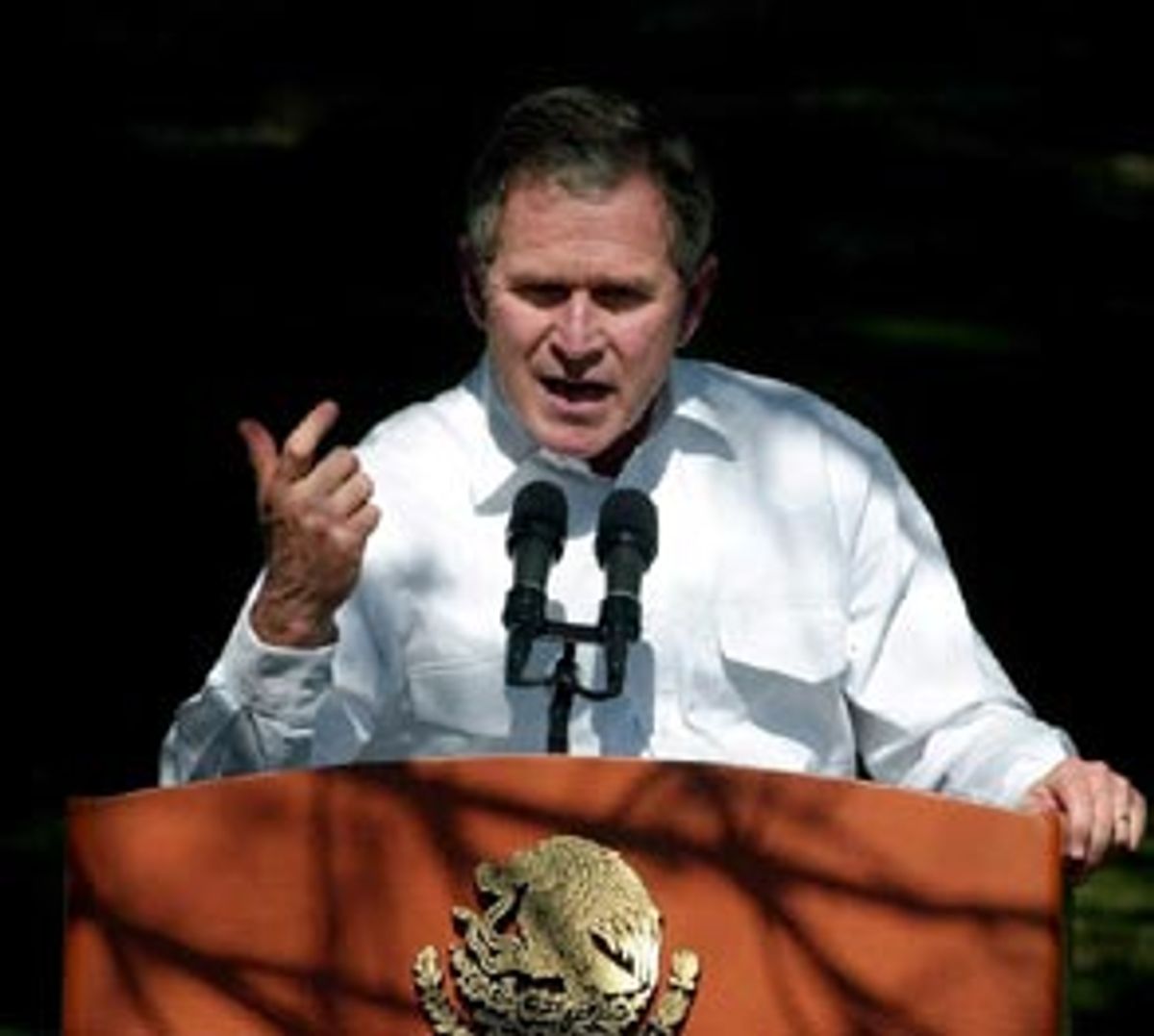 There were plenty of reasons to think Friday's bombing of Iraq represented a newer, tougher approach to Saddam Hussein by the Bush administration. For one, there are the high-profile leaders returning from the previous Bush administration -- which oversaw the Gulf War -- including Vice President Dick Cheney and Secretary of State Colin Powell.

Then, there was the fact that this bombing -- coming just one month into Bush's presidency -- was the first of its kind since December 1998, when U.S. and British planes bombed Iraq for four days outside the southern no-fly zone.

Plus, there was the constant speculation -- among hawks and doves and every animal in between -- that the new president would seek vengeance against Saddam Hussein, who has defiantly remained in power a decade after the war ended, and seven years after Saddam hatched a plot to have the older Bush assassinated. George W. Bush's constant references to "Saddam" during his election campaign suggested as much.

Retaliation speculation had even grown in the last 24 hours, when Bush officially nominated Paul D. Wolfowitz, a dean of advanced international studies at Johns Hopkins University, to be deputy Secretary of Defense. Wolfowitz, as writer Nicholas Lemann pointed out in a January New Yorker, is the "most prominent proponent of the argument that we should oust Saddam Hussein."

And yet Thursday's bombing appears to have been, as Bush said three times Thursday during the course of a brief statement, a "routine" one. Bush, in Mexico to meet with President Vicente Fox, was almost matter of fact, explaining that "since 1991, our country has been enforcing what's called a no-fly zone."

That same reaction echoed from most quarters. "What's the big deal?" asked longtime Pentagon watchdog John Pike, director of Globalsecurity.org. "They've been doing the same thing for years." Allied planes have been regularly striking Iraq since December 1998, when Hussein began actively challenging the so-called "no fly zones" established after the Gulf War, with well over a dozen strikes in the year 2000 alone. At that time, the Iraqi government estimated that 300 of its citizens had been killed and 900 injured over the preceding two years.

The main thing that distinguished Friday's action from the strikes that occurred under the previous administration, Pike said, is publicity. "Clinton carried out their strikes very quietly," Pike said. "They'd send out these extremely uninformative, extremely short news releases that said basically 'Iraqi targets bombed. No American casualties. No planes lost.'" In contrast, the Bush administration gave a full briefing to the press about the strikes.

According to Pike, Clinton kept the profile low on the strikes because he didn't want to antagonize Arab nations that were already ambivalent about America's hostility toward Iraq. "Every time there was an air strike," Pike said, "Saddam would say that [it] killed some innocent shepherd boy and all his sheep." Such stories, along with the reports of Iraqi citizens suffering under sanctions, made supporting the U.S. very problematic for Arab leaders.

That's why Pike is a bit puzzled by the fanfare that greeted the strike on Friday. "If they are going to have basically the same policy [as Clinton], I don't know why they are taking on a more visibly confrontational attitude toward Iraq," he said. "Maybe it was a slow news day."

But that could be because while the bombing conformed to Clinton's policy, change is still in the air, and the Bush administration wants to make that clear. The administration, for example, has released millions of dollars to opposition groups working within Iraq and, according to the Associated Press, leaders from those opposition groups were meeting Friday with State Department officials.

And, while Friday's retaliation itself might not be out of the ordinary, the timing may be, suggested Patrick Clawson, director of research for the Washington Institute for Near East Policy. "We bombed because Secretary Powell is going out there" - to the Middle East at the end of February, in part to celebrate the 10th anniversary of the end of the Gulf War -- "and we wanted to show that we have other instruments than making concessions. Speak softly and carry a big stick."