Vengeance, not justice, will be televised with the execution of the convicted Oklahoma City bomber. 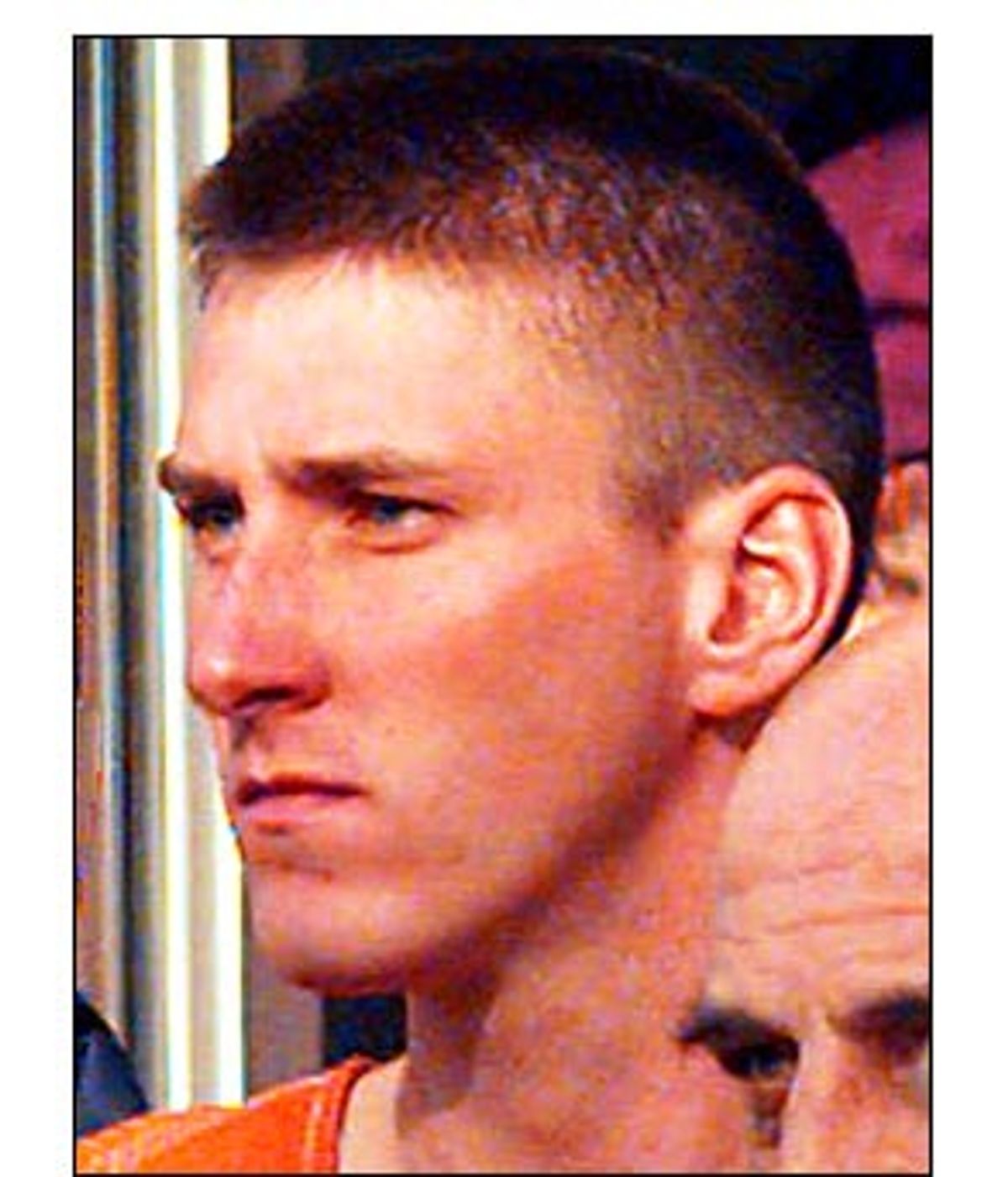 "Memorials do not take away the pain," President Bush told the families of the victims of the Oklahoma City bombing this week. "They cannot fill the emptiness. But they can make a place in time and tell the value of what was lost."

Bush is right. After five years, it does honor to the victims of Oklahoma City to dedicate a museum to their lives and stories.

Yet in a macabre dance, federal prosecutors and Timothy McVeigh are together ensuring that the man who drove that truckload of fertilizer to the Alfred P. Murrah Federal Building remains center stage.

Two days before Bush traveled to Oklahoma City, McVeigh announced that he is ready to be executed on May 16. The only difference between McVeigh's own death wish and prosecutors' plans to execute him is that McVeigh wants his death broadcast nationally and prosecutors want a closed-circuit telecast to an invitation-only audience of his victims' family members, some 250 of whom have signed up for the privilege.

The debate shows why any thought that McVeigh's execution represents closure is badly mistaken. Instead of recalling McVeigh's victims or encouraging violence prevention, the press and pundits are talking about how big the crowd will be that gets to watch McVeigh have poison dripped into his veins. Instead of fading into the anonymity of life behind bars, McVeigh is able to keep himself on the front page, to turn the chronicle of his last months and the video record of his death -- whether closed circuit or telecast -- into a martyrdom for the militia fringe.

Far from encouraging closure, McVeigh's impending death sentence is stimulating a morbid yearning for a return to public executions, a practice mostly abandoned since the 19th century. Federal prosecutors say they have ruled out any public telecast -- although the Freedom of Information Act would probably ensure the release of any video record of McVeigh's death eventually.

With McVeigh this week announcing that he would forgo even a symbolic appeal for clemency to President Bush, the drumbeat for a public execution is accelerating. In the New York Times, for instance, poet and essayist Thomas Lynch writes not of McVeigh's victims but of the public's "unabridged right" to watch McVeigh die. Lynch calls public broadcast of the execution "a vaccination against madness and inhumanity."

This is not a proposition supported by scholarship. To the contrary, a growing number of psychologists believe that broadcast images of killing help desensitize viewers to their own moral qualms. Lt. Col. Dave Grossman, a psychologist, former Army ranger and respected scholar on what makes it possible for people to kill, has written that television and movie audiences easily learn to associate images of inflicted death with "entertainment, pleasure, their favorite soft drink, their favorite candy bar and the close, intimate contact of their date."

And what they remember, even when the bad guys get their just deserts, is not the law but the vengeance: Indeed, Grossman says, the bombing itself exemplifies this "new cult of vengeance." Now McVeigh sees his own execution as just another exercise in vengeance against a corrupt system.

McVeigh heads for execution just as national debate over the death penalty is approaching a quiet boil. In the first month of the year, no fewer than four individuals who once faced death sentences were exonerated and released in Oklahoma, Texas, Louisiana and Virginia. People like Ronnie Burrell, a mentally impaired man who walked away from the death row of Angola State Penitentiary in Louisiana with $10 in prison-issue bus fare in his pocket, 14 years after being arrested with a friend for a murder neither of them committed, four years after coming within a fortnight of execution.

A new Roper poll in Illinois indicates that three-quarters of that state's residents believe innocent individuals have been executed, a stunning reappraisal of the politics of death. And an impressive majority of these Illinois residents are ready to abandon capital punishment altogether if it is replaced with life without parole; only 33 percent favor keeping the death penalty on the books. Both houses of Maryland's Legislature are giving serious consideration to a state execution moratorium like that enacted by Gov. George Ryan of Illinois. Federal moratorium legislation is also pending in the new Congress.

McVeigh's execution is sure to turn out to be a pivotal moment in this debate -- though perhaps in unexpected ways. On the one hand, McVeigh is to the death penalty what O.J. Simpson was to race in the courtroom: an exact inversion of the usual state of affairs. He is, after all, unquestionable guilty; he is white; he was well defended by a capable lawyer. He is the precise opposite of Burrell or any of the 98 other innocent death-row inmates exonerated and released in recent years. McVeigh's execution could rally capital punishment's flagging defenders.

But not necessarily: McVeigh's reveling in his own execution may sicken many Americans already in doubt about capital punishment.

How all of this plays out will have long resonance in the nation's politics. Capital punishment, and the politics of vengeance for which it is the leading edge, have long been arrows in the Republican quiver. Ironically, now that the public is asking more questions about capital punishment than ever before, it appears that some liberal Democrats aren't getting the message.

This week Kerry Kennedy Cuomo, wife of former Housing and Urban Development Secretary and now New York gubernatorial candidate Andrew Cuomo, declared that "it would be futile" to try to repeal the state's death penalty -- which her husband's father, former Gov. Mario Cuomo, fought to the day of his defeat by George Pataki. "Frankly, I think the death penalty is not the most important issue in the world," she said -- suggesting that the young Cuomo is trying to inoculate himself against charges of excessive liberalism. And Cuomo's leading Democratic rival, state comptroller H. Carl McCall, said that he would have no problem carrying out the state's death penalty. This at a moment when even a Republican conservative like Gov. Ryan, or a traditional death-penalty state like Maryland, is reassessing the capital trial apparatus.

The New York governor's race and the Maryland Legislature seem at a far remove from Oklahoma City and the 178 empty chairs marking the Murrah memorial. Yet from the moment Timothy McVeigh drove his van up to the Murrah building, Oklahoma City found itself the unwitting crossroads of the politics of vengeance. For that, there is no closure.