The age of overwork

The author of "White-Collar Sweatshop" says that toiling in the new economy is no way to live. 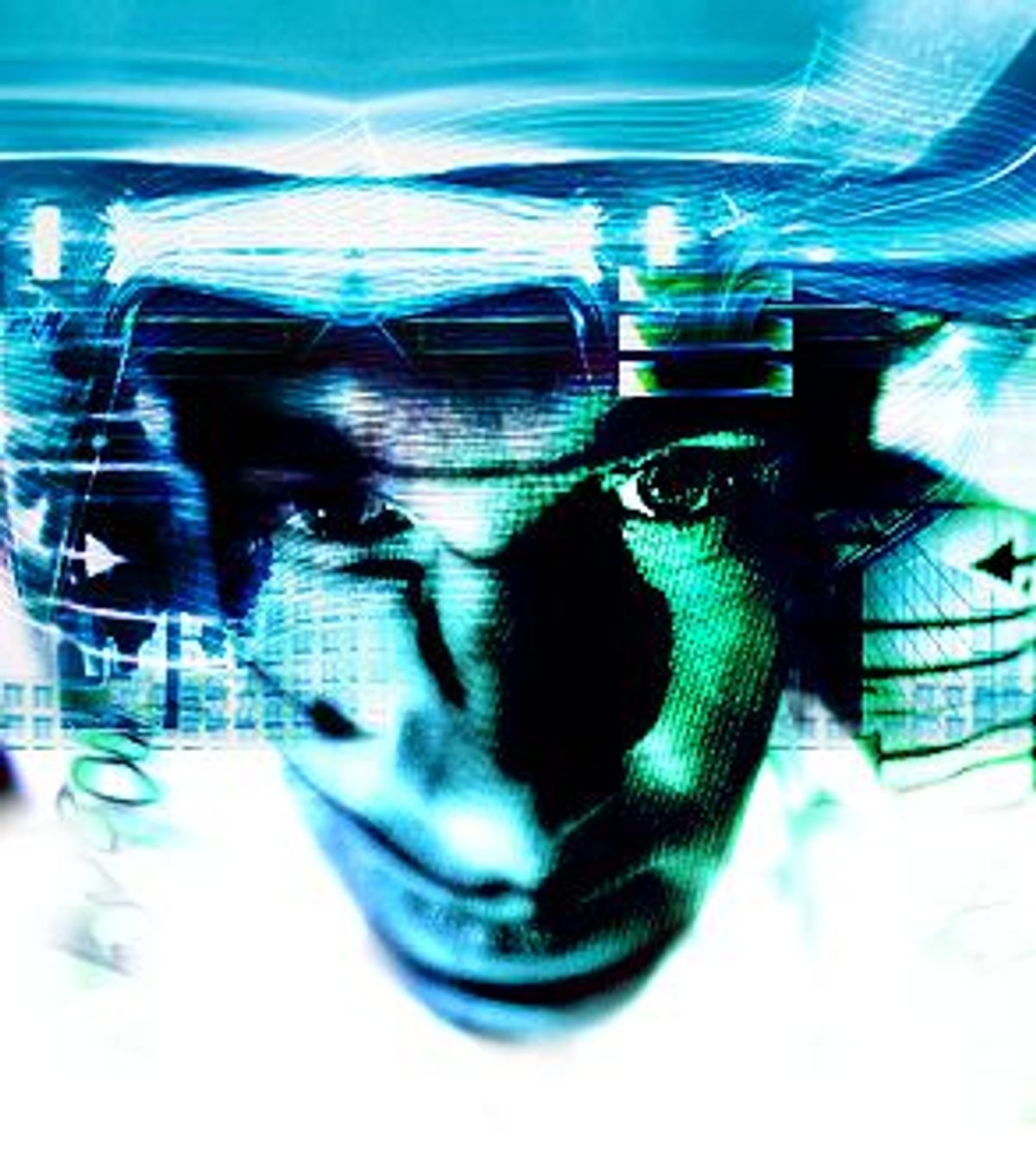 Jill Andresky Fraser, author of "White-Collar Sweatshop: The Deterioration of Work and Its Rewards in Corporate America," charges so-called new-economy companies like America Online and Intel (and some old-line stalwarts like IBM) with grinding their huge stock market gains out of their employees' so-called lives.

And guess what? With the economy and stock market flagging, she contends, it's likely to get worse. An editor for Inc. magazine and Bloomberg Personal Finance, Fraser revolts against how our new 24/7 work habits are ruining our lives.

It's hard to feel sympathy for the plight of people who sit in front of computers, talk on the phone and send e-mail for a living. How bad are these "sweatshops" really?

To me, what the sweatshop image conveys is very long hours of work, unfair compensation, a lack of control over one's work life and a feeling of tremendous insecurity. And I think that all of those characteristics are very powerfully true in a lot of people's lives.

There are 25 million of us who are putting in more than 10 hours each day at the office. And for many people that is the beginning and not the end of their workday. They're the ones who are working during their commutes, after they put their kids to bed at night, on weekends and while they're vacationing. They feel that their jobs can never be done. The workloads have gotten so enormous that they're inescapable.

Although we thought technology would make our work lives easier and more creative, the real impact of our laptops, our Palm Pilots, our e-mail and our cellphones is that we can't ever not work. There's no justification.

How has the stock market boom of the past few years contributed to making our work lives worse?

During the '90s, many people explicitly believed that there couldn't be anything wrong with this system because the stock market was so incredibly strong. They bought into the idea that rising stock prices would more than compensate them for a whole range of different job-related sacrifices and tradeoffs, through stock options -- if you were lucky enough to have them -- or through your stock portfolio or your 401K plan. Somehow you were going to share in the goodies.

People made what they thought of as short-term sacrifices, which became accepted as the way American business has to be in order to be competitive in the global marketplace. And then we didn't have any choice anymore.

Weekend getaways are replacing two-week vacations and Fed Ex now delivers on Sunday. How did we lose the idea of private time vs. work time?

As recently as the '70s, people really did believe that new technology would help us all actually work less. We would put in fewer hours at the office, maybe even fewer days each week. Conceivably, we could all retire when we're 45 or take three-month summer vacations every year.

But in the '80s, when layoffs started happening, people were very willing to work longer and harder. They accepted doing the jobs of two or three people with the thought that we would get past this crisis, and yet again things were going to get better for all of us. But that didn't really happen because through the '90s, when times were really increasingly good, whose health insurance didn't consistently get worse year after year after year? For most of the '90s, salaries didn't keep up with inflation (until the very end of the decade), even though companies were doing great for years.

What kind of benefits have white-collar workers lost?

Benefits are what have drawn many of these people to large companies, because they used to be so good. In 1980, basically 100 percent of people who worked for mid- to large-size companies had health coverage from an employer's plan. By 1995 that number had dropped to the point where one out of four employees working for big companies no longer had health insurance coverage. The trend is similar with pensions, vacation plans and personal days.

A lot of the companies with rising stock prices were relying on sweatshop management techniques, from layoffs when times were good, as well as when times were bad, to workforce-churning techniques that would replace higher-paid older workers with much younger, single workers, who would put in very long hours and wouldn't file any medical claims.

Which companies have some of the most egregious expectations of overwork?

I think Intel is fascinating because you can look at the company's growth and success during the '90s and really draw some strong connections between that and the deterioration of working conditions for employees.

And while this was going on, there was an increasing emphasis on what the company would refer to as "raising the bar," which means that standards always have to get higher. You can't just accept the way things are now; you have to be more productive and do better, and no matter how high it is you have to get higher. But how high can it go? Because in the end it's going to be inhuman.

One of my sources, a single father, told me how the only way that he spent time with his children on weekends was by bringing them to the office with him; his workload was so heavy that he had no choice. They would crawl under the security cameras so that he could sneak them into the office, and then they would spend the days playing by his desk. This was the way the family spent their weekends because this was the only way that he could even try to keep up with his workload.

At Intel there are actually alleged work hours that sound very normal. But it's not possible for anybody to attend all the meetings, read all the e-mails and do everything they have to do within the hours that they put into their jobs. So this is why you have people checking their e-mail at night -- to give themselves a head start the next day. And the head start is not so that they can get ahead; it's just so that they can keep their heads above water when they go back the next day.

Why don't people refuse to take on this squeeze of ever-expanding work?

Sometimes people really blame themselves. This is kind of the white-collar mentality: "I could always be working a little bit harder." "Isn't the problem really just me? Other people are managing to keep up. If I just put in a few more hours at home, I'm going to be able to kind of keep up with these workloads."

It's very hard for white-collar people to blame the system. They're not wild radicals; they're working at these companies for a reason. They're not often predisposed to say, "There's something wrong with this company -- I'm moving on."

As one guy who had a midlevel job at a telecommunications company described it, "Why would I leave? Everybody that I talk to on my commute is living through the same thing, so why go someplace else if this is the way the work world is; at least at this place I've put in some time."

You write about this certain machismo -- "I worked more than you" -- and dark humor: "8 to 5 p.m.? What, only working half a day!?" Why do you think we dramatize and romanticize overwork?

Part of this has to do with our very American instincts -- the Puritan work ethic. We have always valued work, hard work. This is the American ethos. But I think somehow it got shifted in the '80s and then especially in the '90s, when you had people articulating deeply cruel and very limited visions of what success is: Success is what's measured in the stock market, right? That's what success is and nothing else matters.

And this overwork image was so romantic. You're working in your garage one minute and the next minute you're Steve Jobs. It was irresistible, especially when the stock market was going up.

It was very ironic that during this period there were endless reports of our children failing in schools and SAT scores dropping and these bizarre and awful episodes of youth violence. People would talk about things that were clearly a sign that something was not right with the world.

But nobody ever said, "Maybe part of what's not right is that we're being turned into 24/7 work machines who don't have any time or energy left for all of these other things that really matter in our lives."

With low unemployment, we hear so much about how great kids coming out of school have it today. Do younger employees really have it better than they used to?

If you were coming out of school with very high-level technical skills or if you were heading for Wall Street, it is certainly true that the money was extraordinary there, and you were rewarded. But the vast bulk of young people were on the other end of the same trends that were negatively impacting all of these people in their late 30s and 40s and 50s.

Unmarried men and women between the ages of 18 and 29 were significantly worse off economically during the '90s than they had been in the '70s or '80s. During a roughly 25-year period, this group suffered a real average income drop of about 11 percent, with more than 80 percent of the decline occurring during the past decade.

How has the new economy's youth fetish affected people in their 40s and older?

I think it's very interesting that at the same time the American population is aging and baby boomers are starting to reach the early stages of retirement years, there's such an obsession with youth.

We used to think that you get on the corporate ladder and you rise and your salary increases and then you retire with this fabulous pension, or good pension, but in fact you have a different situation now. In your 20s, you struggle just to even get hired -- as an employee, not just as a temp or independent contractor. Then, if you do get hired, you're working very hard. And just at the time you expect that the payoff is going to begin to come -- you've achieved a level of seniority, you're a little older, you're in your 40s, you had this brief moment of success -- you didn't even know you had it. You didn't know it was good until you lost it.

How will this slumping economy we're coming into impact the workplace trends that you describe?

Unfortunately, I think that things are going to get worse. You could see that, statistically, December 2000 was the worst month for layoffs in the past nine years, the worst single month since 1992.

People were laid off like crazy during the '90's when times were good. Certainly you're going to see more of that in this environment. And it's not clear whether it's better to have been laid off or not.

You think you've made it past the hump, you've held onto your job, but now you really are doing the work that once was done by two or three or four people and you're doing it all by yourself. At many of these companies, the first layoff is not the last layoff. The cutbacks will undoubtedly come with healthcare plans and pension plans. Companies will be looking for ways to cut costs as their revenues are squeezed.