Livia Soprano went to a convent school but gave it up because she knew too much about life. 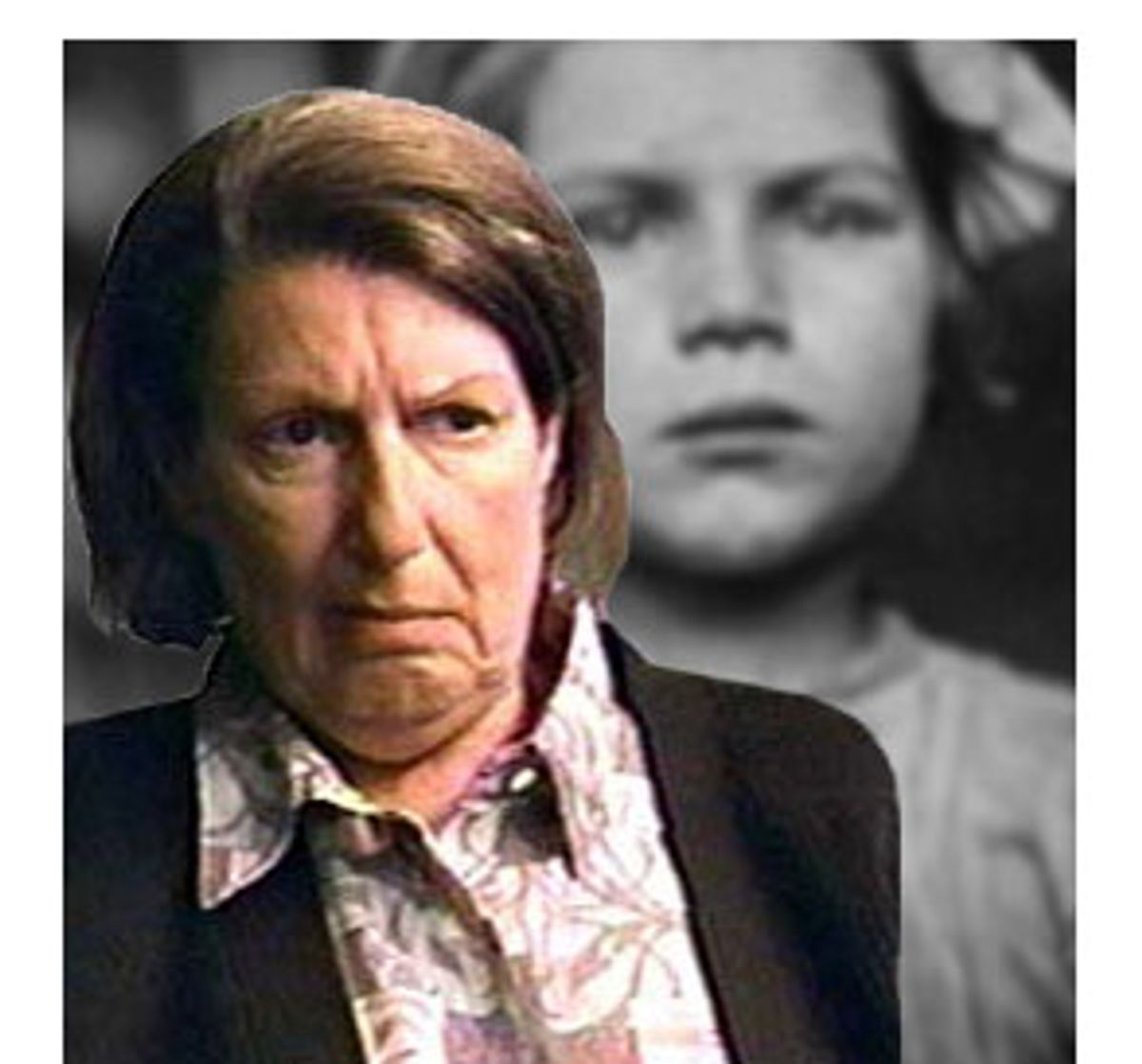 So there was nothing else to do but bury Livia Soprano. I dare say we'll get a glimpse of the funeral -- some purple velvet New Jersey affair, with Verdi and dark-chocolate profiteroles -- this Sunday when the series comes back. And Tony will likely make sure the coffin is double-bolted, in case his mother comes back like toxic mist to give him a cold for the rest of his life.

Never mind. It's a precious gift from technology that the people on the show have been able to preserve her for a few words more. A mordant close-up. Some hissed rebuke. Those things are like smears of tissue from which they can re-create, if not a whole life, then a punchy scene or two. Enough life to have her die decently.

I only wish "The Sopranos" had the time to give you a sniff of the Livia that was. All you know is the old lady, with cancer and pulmonary illness dragging her down. You should have known Livia when she was Livia Barzini, a tall slip of a girl, with raven eyes and hair the color of dark persimmons. She went to a convent school but she gave it up because she knew too much about life already. And she would hang out with the guys in Manhattan when she was only a teenager, and her so tall and so knowing she seemed 20.

Now, the guys were very careful with her, because she was Barzini's daughter. But they liked her around because she had this natural head for math, so she could check their numbers just by hearing them. Some said she had this thing for Connie Corleone. No matter that their fathers were enemies; the girls spent a lot of time together, listening to the wild bop music and walking out with colored guys. Sonny sorted them out on that one, and Livia looked him in the eye as cold as cold cuts and said, "So, what are you gonna do instead, Sonny?"

And Sonny told her, and she laughed in his face and said he wasn't tall enough to do it or smart enough to be able to spell it. He went the color of pomegranate and just stormed off.

Maybe Livia nursed a grudge. I only heard this, but what I heard was that when they got Vito on the street -- which wasn't like Vito, and came from Barzini -- Livia had been in the fruit shop and she caught his attention. He didn't know her, didn't know she was a Barzini. Maybe thought she was just selling fruit. And she did something or other, offering him a cut peach to try, or asking if he'd ever seen such cherries? It could have been that all she did was leave him with a glance, hanging there in the fragrance of the fruit, and drifted behind the citrus. It was enough. Vito Corleone relaxed just that little bit -- had a moment when he smelled life, the old country even, and the look of girls who were trembling they were so ready. Maybe he just dreamed.

Anyway, there's things you should know about Livia, plus the natural emnity of a Barzini daughter for a Corleone. There's not time for all that back story in "The Sopranos," and not even the inclination to tell the story of the women. In those families, the women get held back and pushed aside. But the thing I ask is this: Don't you know the soprano is a female voice?