In the pardon hearings, the Democrats may look great, but it's those shabby Republicans who are making real sense. 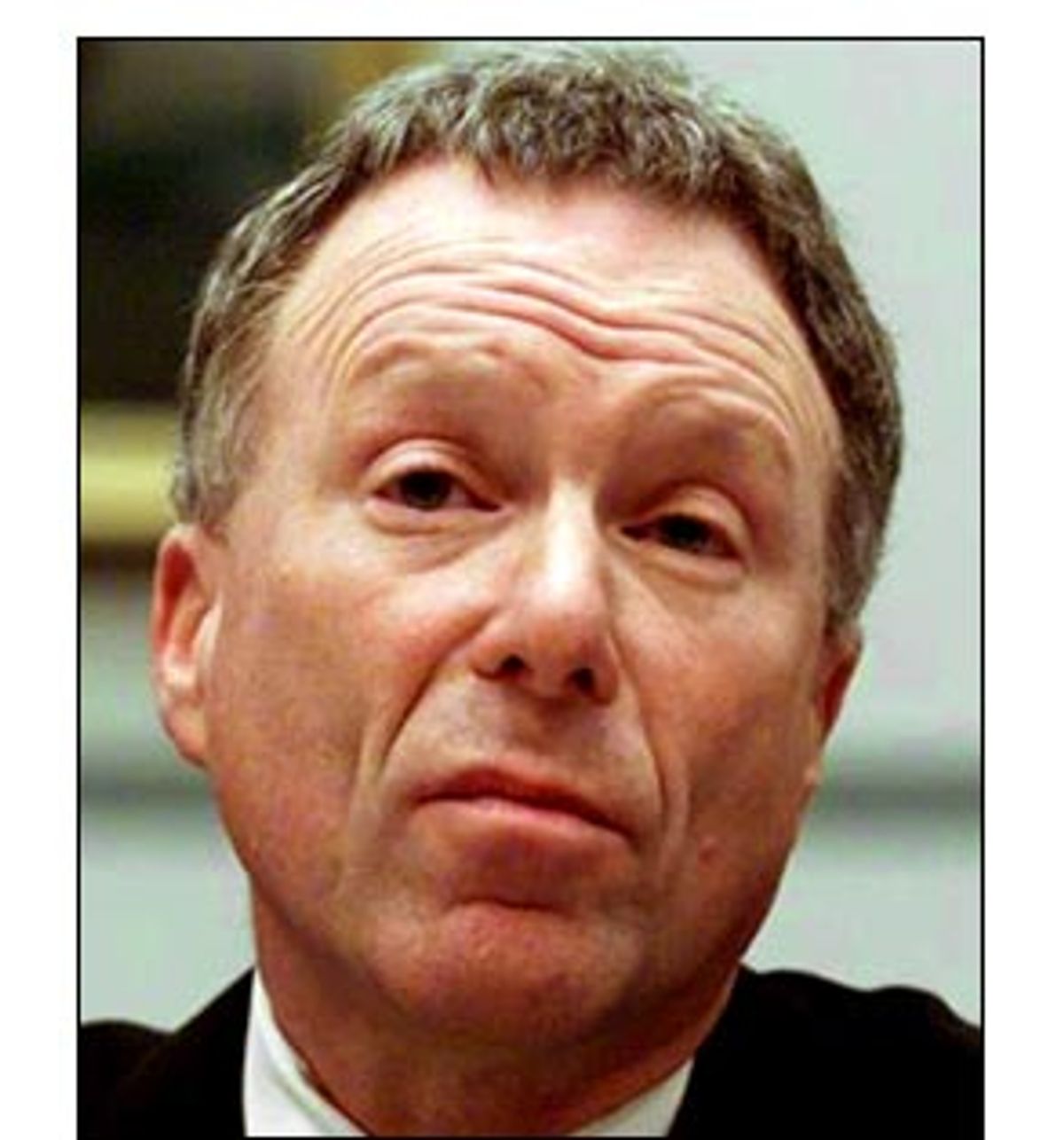 Partisan Democrats like to make fun of members of the House Government Reform Committee. They would rather belittle the Republicans for their style crimes than look at the ugly meat of what the committee has investigated. Chairman Dan Burton, R-Ind., they guffaw, once shot a watermelon in his backyard in an attempt to ascertain if former White House aide Vince Foster killed himself. He probably thought it was laudable to try to figure out what happened to Foster, not realizing the double gaucheries of using a gun and questioning the Clinton line. Rep. Bob Barr, R-Ga., they yuk, has been, ooooooh, married multiple times, and he called for impeachment before all of President Clinton's many lies were known. In short, they don't act and talk like your standard D.C. yuppie.

If Capitol Hillians had standards that put substance over accent, the real embarrassment of committee hearings would have to be Henry Waxman, D-90210. During Thursday's committee hearing on the Clinton pardon of the tax-cheating gazillionaire fugitive Marc Rich, Waxman, the ranking Democrat, took self-debasement to a new low.

Waxman began by patting himself on the back for having criticized the pardon. Which should be the least Americans should expect any civic-minded Democrat to do. Then Waxman mentioned some pardons made by President George H.W. Bush, including the outrageous pardon of then-Occidental Petroleum biggie Armand Hammer. The pardon will forever be a blot on the Bush Pere roster, but at least Hammer had pleaded guilty to misdemeanor fundraising abuses, had paid a penalty, albeit an overly light one, had not renounced his U.S. citizenship as Rich has, and was not a longtime fugitive of justice. Waxman noted that Hammer had given more than $100,000 each to the GOP and Bush-Quayle Inaugural Committee. "But," Waxman observed, "there was never an investigation of former President Bush." In Clintonia, two wrongs do make a right.

Then Waxman waxed indignant about the wrongness of Burton's insistence that Rich buddy and DNC big money raiser Beth Dozoretz was forced to come to the hearings -- flanked by her attorneys -- and invoke the Fifth Amendment. "Mrs. Dozoretz has already informed the committee that, given the U.S. attorney's investigation in New York, she will not be able to participate in today's hearing." And: "I don't think it's constructive to call Mrs. Dozoretz before the committee if the goal is to punish her for asserting her constitutional right, and to create a media spectacle." Waxman also described Mrs. D. as "very philanthropic" and "a concerned citizen."

Oh, the indignity, the outrage, the infamy, of making a female fat cat show up with her attorneys to take the Fifth and not allow her to hide behind her attorneys, as rich people ought to be able to do. And it's no coincidence that Dozoretz showed up with clothes and makeup that reek of money. Mega-money. Thus, her choice of friends notwithstanding, Dozoretz will never be called a style crime. And you won't find the Dems snickering about the gaucheness of the minimum of 125 people who, Rep. Mark Souder, R-Ind., pointed out, either took the Fifth or fled the country rather than testify before the Government Reform Committee during the Clinton years.

Then, after railing against the cruelty of making Dozoretz take the Fifth in public, Waxman had a Clintonian moment. "If I had my way, I wish Mrs. Dozoretz would testify, because I think people ought to testify before committees of the Congress." Sure, but if they don't want to testify, he wants to make it easy for them. Waxman's most craven performance was saved for the third panel, after most of the media, sensing no story, had left the hearing room. The second panel featured former White House aides John Podesta, Beth Nolan and Bruce Lindsey all testifying as to why they told President Clinton he should not pardon the rich fugitive ex-patriot. Their arguments apparently didn't faze The Waxman.

While Waxman complained at the wrongness of calling Dozoretz before the committee simply to embarrass her, he used the third panel to do just that to Lewis Libby, a former Rich attorney who is now Vice President Cheney's chief of staff. Waxman insisted -- pity the person who believes him -- that the reason he insisted that Libby testify was not because he works for the vice president. Instead, he said, "We're asking him because he's a knowledgeable person about the whole matter."

Waxman used his time to parrot the lame Clinton op-ed in the New York Times in which the former president gave eight reasons for his corrupt pardon decision, including the laughable assertion that he was swayed by Libby and two other Republican lawyers' pro-Rich arguments. In so doing, Waxman achieved two things. First, he allowed Libby to deny that he had anything to do with the pardon; Libby was convincing, and not even Waxman tried to contradict Libby on this. Second, Waxman found himself making point after point -- with Libby agreeing to most -- as to why Clinton was right to pardon Rich. So after his opening speech praising himself for opposing the pardon, Waxman had turned into a Rich booster.

Noted the gauche Burton, "My colleagues on the Democrat side, who have said they condemn the president for this pardon, have been making the case that the president should have pardoned him. But the fact of the matter is that the gentleman fled the country, was a fugitive for 17 years, paid a $200 million fine, dealt with every enemy of the United States, including those who were holding our Americans hostage with the threat of death hanging over their heads." But don't pay attention to Burton. He once shot a melon.

Debra J. Saunders is a columnist for the San Francisco Chronicle.