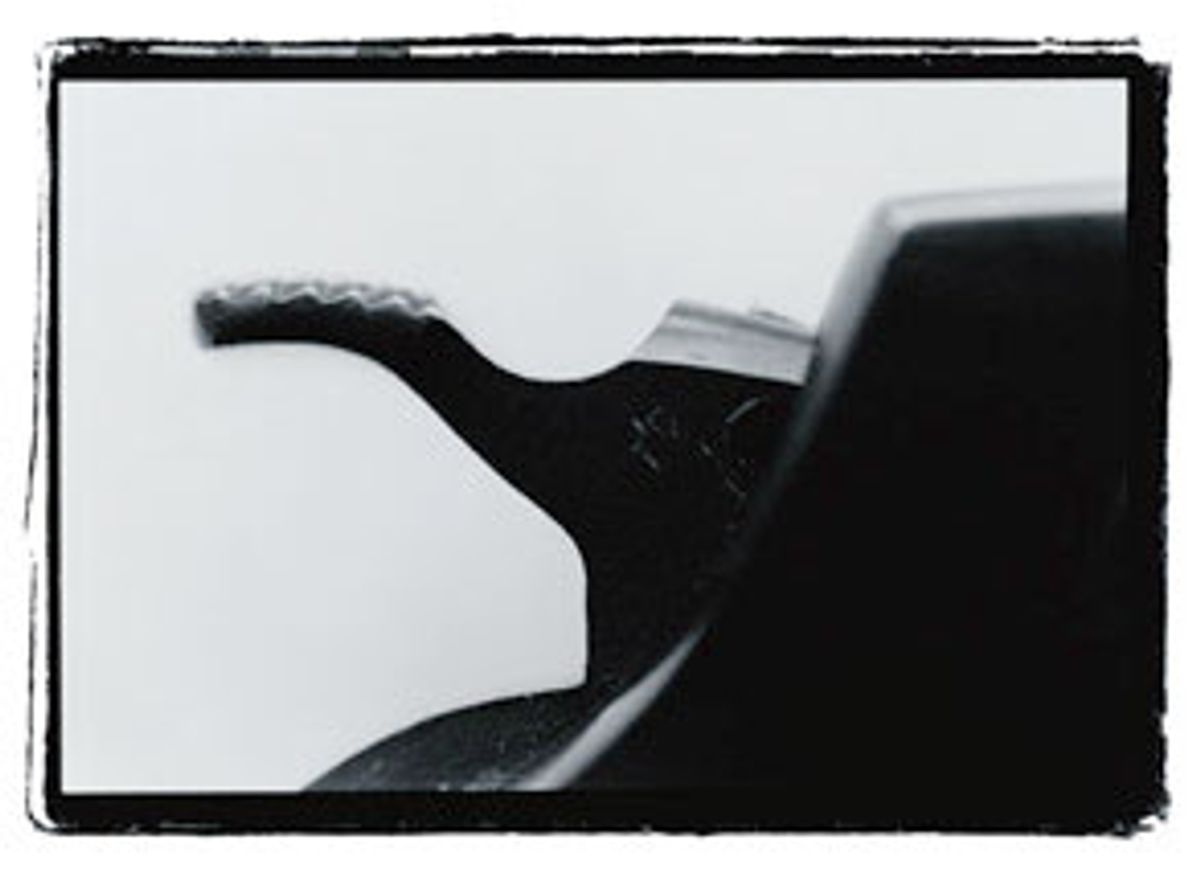 Another day, another school shooting -- and another brief focus by the media on gun control. But believe it or not, despite the rash of high-profile school shootings in recent years, not one major gun law has passed the U.S. Congress since 1996, when those convicted of domestic violence were prohibited from purchasing firearms.

As of Monday evening, it's unclear if there could have been any reasonable way to prevent the troubled 15-year-old Santana High School student from killing two and injuring 13 of his classmates Monday. But to gun control advocates, this much is clear: It will still probably fall on deaf ears. Even in the wake of a public tragedy, Congress can't be expected to suddenly support gun control measures.

"It's a terrible tragedy, and it's incredibly frustrating to us that still Congress doesn't do anything," says Nancy Hwa, spokesperson for Handgun Control Inc.

Hwa started working there in the summer of 1997, and after each shooting, she says she was convinced that this was the one, this was the tragedy that would make Congress take one small step toward keeping guns out of the hands of kids.

Pearl, Miss. Paducah, Ky. Jonesboro, Ark. Springfield, Ore. "We thought, This is it!" Hwa says. "Each time we thought, Now something is going to happen, and Congress will at least pass child safety lock laws." Or require parents to store their firearms locked away from their children. Or close the gun-show loophole.

"But each time, nothing. Congress doesn't do anything. Flash forward to April 20, 1999, and you have Columbine and still nothing passes," she says.

Recently, the most promising proposal was to close the gun-show loophole, which allows the sale of gun-show firearms to almost anyone without the background check requirements that exist in gun stores. That loophole made it possible for shooters Dylan Klebold and Eric Harris to obtain, through a friend, some of the weapons they used in their spree, which killed a teacher and 12 students at Columbine High School, outside of Denver.

In Colorado, the Legislature didn't pass a legislative initiative to close the loophole. But voters supported a November 2000 referendum that did -- with 70 percent of the vote.

Political ads in favor of closing the loophole, featuring Sen. John McCain, R-Ariz., aroused the wrath of the National Rifle Association. McCain told Salon last week that despite his long history of voting with the NRA, the leadership of the lobbying group is "mad at me" for pushing to get the gun show loophole closed both in Colorado and Oregon (where a similar referendum passed last November with 62 percent of the vote, despite the failure of the Oregon Legislature to do so). Additionally, McCain is working with Sen. Joe Lieberman, D-Conn., on a federal bill to do the same. Two weeks ago, McCain met with two of the NRA's chief lobbyists to discuss a bill that he thinks shouldn't be that big a deal.

"I sensed that some of their resistance is based on the fact that they've got a sizable number of members who don't want anything," McCain says. "And if they see them agree on something with us, then they got problems. It's happened before with the NRA," adds McCain, referring to times when the NRA lobbying team has been replaced after their group's members decided they were weak.

As for his colleagues on this issue, McCain says, "They just don't want to vote."

And, no doubt, they will get their wish -- because few in the gun control community think that any gun safety law has a chance of making it to the floor of the House and Senate for a vote, much less passing -- regardless of whether this most recent tragedy could have clearly been prevented with a law, or not.