How one professor turned into a pop culture pundit, where he stands on "C.H.i.P.S" and why he's quoted regularly in the New York Times. 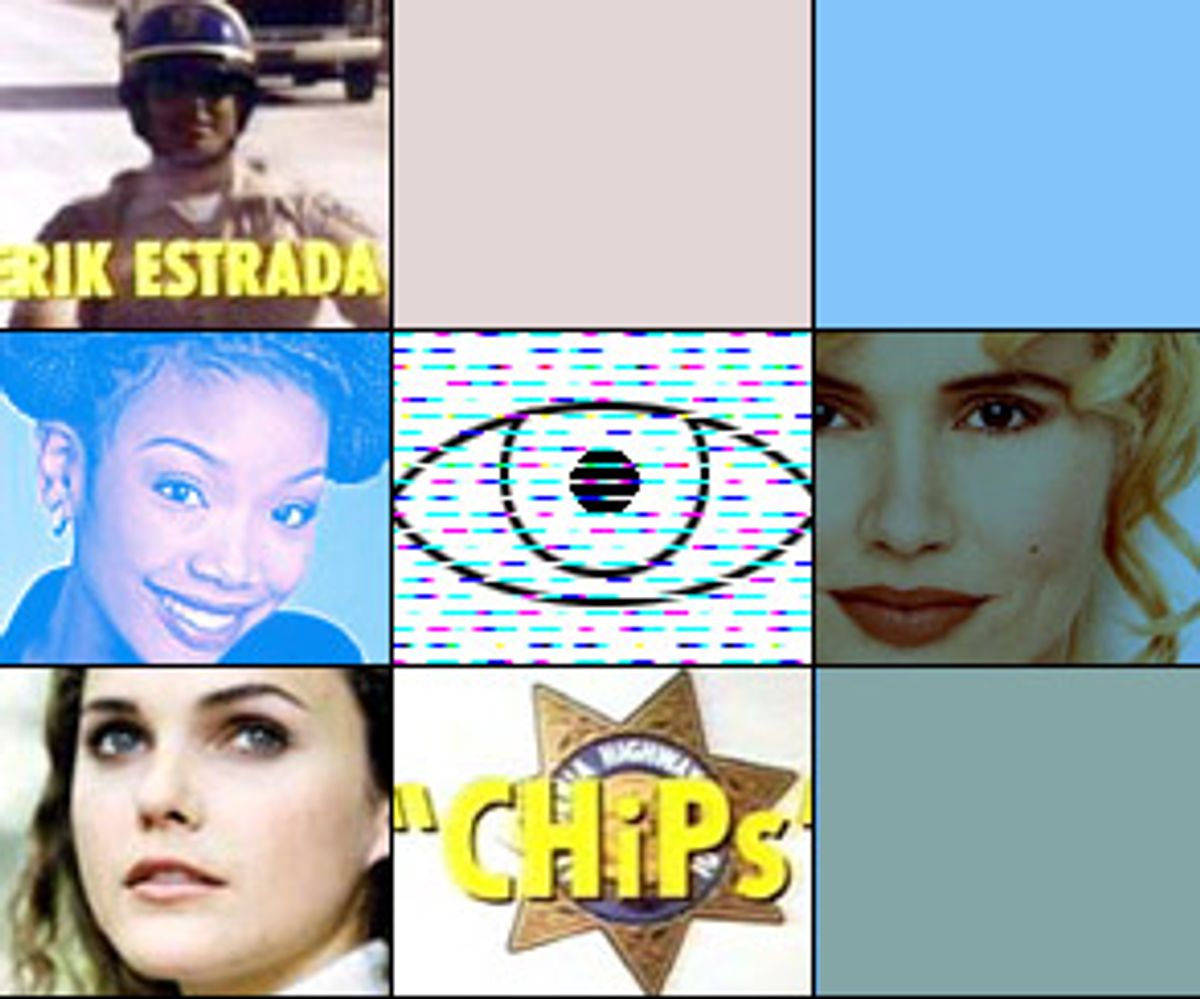 I was desperate the first time I called Robert Thompson. An editor at Spin had assigned me to write a story about the pervasiveness of the Sony PlayStation on network TV. It was a fine idea. The only problem that was I'd never used the game console, and certainly hadn't noticed that UPN had squeezed it into the latest "Moesha" script. In other words, I found myself in the same position as the other 1,273 hacks instructed to produce a trend piece about the PlayStation.

A colleague mentioned Thompson, who taught at Syracuse University and had something smart to say about virtually any subject related to television. It got better. Thompson ran the very official-sounding Center for the Study of Popular Television. The New York Times described him as an expert on pop culture.

Thompson returned my call quickly. I pitched a few softballs on what I decided would be a piece about product placement. He started riffing like Yngwie Malmsteen.

It was as if Thompson kept a log of every boob-tube mention of the video game character Crash Bandicoot. Actually, he virtually did. "By the time something is hot enough to be a feature story," he said, "if we've been doing our jobs as scholars and academics, we've already done our thinking."

Over the next couple of days, I interviewed a few obvious sources, including PlayStation fans (the creator of "Felicity," the bald guy from "Just Shoot Me") and critics (a left-leaning, anti-corporate watchdog named John Stauber).

During a break in my reporting, I thumbed through a stack of still-unread magazines. That's when I discovered why I could never again quote Robert Thompson.

In Newsweek, his name appeared not once, but twice, in separate articles only two weeks apart. Big deal? Then I tried a search on Lexis-Nexis.

Thompson was on top of everything. "Who Wants to Marry a Millionaire." "Baywatch." "Mary Tyler Moore." Game shows. Thompson even effortlessly turned a Los Angeles Times piece on storage sheds -- storage sheds! -- into an honors thesis. "Behind the doors of storage sheds," he told reporter Jill Leovy, "is really the great American story: the accumulation of stuff."

Damn, he was good.

I promptly sliced him out of my piece.

Why? Part of the reason was the influence of Eric Alterman's "Sound and Fury," which I read in college. In that book, Alterman identified the punditocracy, a group that includes George Will, Robert Novak and John McLaughlin. Beyond being lazy and hopelessly out of touch, they are rotated through the talk show circuit as experts on virtually any topic. Even at my lowest journalistic moment, I wanted to avoid slipping into that kind of pack. Deleting Thompson's testimony felt deliciously subversive.

But it was also completely ineffective. He was everywhere. In January 2001 alone, a Thompson quote ran in some publication at least once a day -- not in academic journals but in virtually every newspaper in the country.

In December, New York Times writer Heidi Schuessler recruited Thompson for his thoughts on the Big Mouth Billy Bass, the mounted, rubber and plastic fish that sings "Take Me to the River." He talked about it like he was an expert. "You look at it and the intelligent side of your brain says, 'What is the world coming to?'" Thompson said. "Then the other side of your brain says, 'Cool, that fish just looked at me.'"

The most difficult pill, for me at least, was the fact that most of his quotes were excellent. Thompson was always on point, often funny and seemed capable of legitimizing the most half-baked theory. But should there still be a limit on how much Professor Primetime should be used?

I needed an expert. Naturally, I called Thompson.

He made no bones about his mission: Get the word out.

"That's any academic's dream come true, that people actually hear what it is that they are doing," says Thompson, who is 41. "Even sound bite by sound bite, a sentence quoted a time, there is an opportunity when one talks to journalists that is completely unavailable to the regular academic world."

Thompson doesn't coast; he has VCRs rolling constantly on each of his eight TVs. "Sometimes, when I get my paycheck and I'm feeling guilty that my job's too easy, I just think, well, I did have to watch 'Bette' and 'The Geena Davis Show' this week."

He turns down interview requests when he has nothing to say, though that's rare. He has also paid his dues, having been fired from the State University of New York (Cortland) in the early 1990s because, as he saw it, the university considered the TV program expendable. At Syracuse, he found a tenured home. The dean of the Newhouse School of Journalism encouraged him to open the Popular Television Center.

"If you're going to understand America at the turn of the new century, you've got to understand its presidents and its wars and all the rest of its history but you had better also understand its cheeseburgers and its taxicabs and its interstate highway system," he says. "And it's funny that when it comes time to taking that kind of stuff seriously, there aren't a lot of people out there who want to talk about it. Even something as important as television, which everybody argues, whether you're on the right or the left or old or young, is so terribly important. When you start actually talking about in any serious kind of way, it's considered kind of a joke."

Thompson became interested in popular culture in the late '70s as an undergraduate at the University of Chicago. A serious student, Thompson spent most of his non-class time studying. On Sundays, he would order takeout food and scoot back to his room. For several weeks, PBS was showing a documentary on Western civilization as told through its painting, architecture and sculpture -- a perfect program for an art history and political science major. Yet Thompson found himself drawn to the travails of Jon, Ponch and Grossie on "C.H.i.P.S.," the hourlong police show that always ended with a freeze-framed chuckle from Erik Estrada.

That conflict -- why smart people watch dumb television -- became his central question. He also realized that pop culture, as a discipline, would be relatively virgin territory.

The first quote came in 1986, a comment about "St. Elsewhere" in the health section of the Washington Post. The first big break arrived a few years later, when "60 Minutes" featured Thompson in a piece on television courses in academia. Gradually, his reputation spread.

Still, he's not the least bit concerned about overexposure. As far as he can tell, the other side, the predictable knee-jerkers, has been getting most of the airtime for too long.

"Let's talk about violence on television or how 'Temptation Island' is a sign of the end of civilization as we know it," he says. "There's the issue of how rock 'n' roll music is inferior to the classical output of the nation. These kinds of things are so agreed upon. What I hopefully provide is another way of looking at it. If I become the only representative of that other side, I suppose that could start to sound like a broken record. But we're listening to 10,000 broken records from the other side of that cultural war. In that sense, I don't feel like anywhere near reaching parity of exposure."

Dr. Bob had a point. After we got off the phone, I found myself turning back to my PlayStation transcript. In that interview, Thompson seemed pleased that the PlayStation was getting so much attention.

"At last, television is beginning to reflect the world as we really see it," he said. "Up until the early 1970s, you could have a show that took place in the Marine Corps without ever mentioning Vietnam. 'Leave It to Beaver' debuts with the Sputnik and ends with the Kennedy assassination, and there's never mention of Cuba or Communism."

"The PlayStation," he says, "is the thing that begins to show the texture of American life."

Concise, logical, weighty: Somebody should quote that guy.

Geoff Edgers is a writer at the Raleigh News & Observer and a frequent contributor to Salon.