Memo to crowbar wielders: I hate hot pink -- it was my husband's idea. 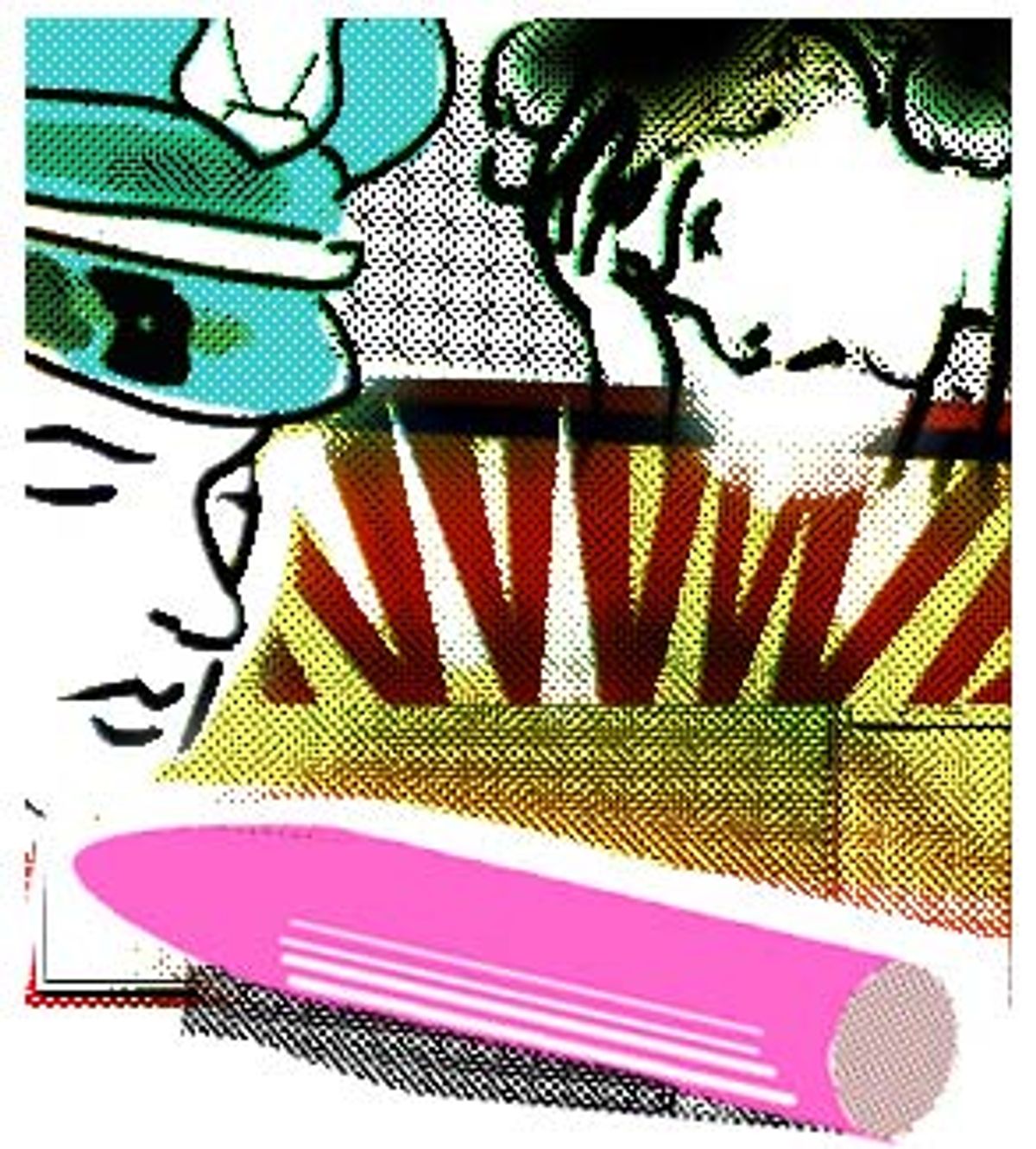 Don't get me wrong, I'm not squeamish about sex toys. (OK, maybe a little when they're big, anatomically correct and have names like "Hot Rod," "Butch" and "Randy.") I'd simply never gotten around to shopping for one. And if I had, I wouldn't have bought one that looks like an oversize lipstick from Walgreens. But that's just me.

We came home to discover our front door had been pried open with a crowbar. We immediately ran next door to call the police, who cautioned us not to go inside until they showed up and secured the scene. Two cops arrived within minutes -- a no-nonsense woman about my age (mid-30s) and a balding older man who resembled my father-in-law.

After the cops had checked all the rooms and closets, we were called in to assess the damage. My primary concern was our two cats; they seemed shaken but unscathed. Our stereo had been disassembled and stacked neatly by the back door, along with a few other items. The officer pointed out two sets of large footprints in the backyard snow, where the burglars had made a hasty escape. "You must have scared them off when you drove up," she said, and suddenly I felt queasy. My husband and I then walked through the rest of the house. Entering our bedroom, I saw underwear and T-shirts hanging off the sides of open, ransacked drawers.

My queasiness returned and my face, neck and chest warmed. I knew I'd just broken out in a hotpink blotchy blush. My first thought was to hide the evidence, so to speak. But the cops had already seen it. And besides, we'd been instructed not to move anything. So I slunk back to the living room where I avoided eye contact with the male cop, smiled humbly to the female cop and mumbled something about the burglars finding my sex toy. She stifled a grin, I'm sure of it.

In the light of day I felt less vulnerable. After all, I told myself, those guys probably had a quick laugh when they found the dildo, maybe even a moment of arousal, and then moved on to the task at hand -- looking for stashed cash and heirloom jewelry. (Oh well, guys ... we didn't even have a TV or CD player to offer up.) Over the next few days, my paranoia subsided, due in part to newly installed security lighting, a front door alarm and stronger bolts in our door hinges. Still, I was on the lookout for strange men lurking behind telephone poles or strolling too slowly down our sidewalk.

Marla Riley is a writer in Wisconsin.