In James Patterson's new novel, four women band together to stop a killer in San Francisco. 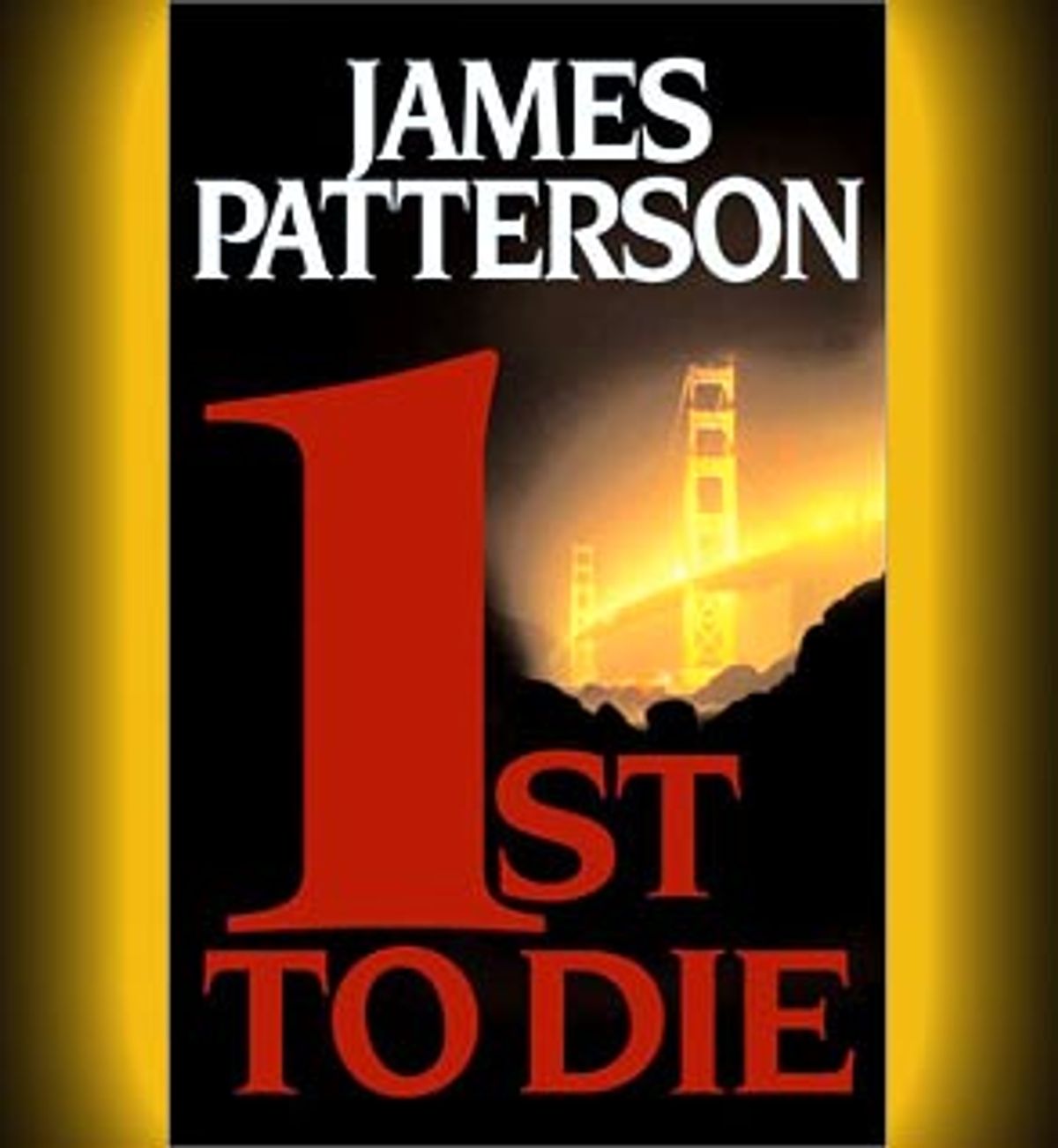 James Patterson grew up in Newburgh, N.Y., and has been publishing popular novels since he made his debut in 1976 with "The Thomas Berryman Number," which won the Edgar Award for best debut mystery novel. His bestsellers include the five-book series featuring detective/psychologist Alex Cross -- "Along Came a Spider," "Kiss the Girls," "Jack & Jill, Cat & Mouse" and "Pop Goes the Weasel" -- as well as "Cradle and All," "When the Wind Blows" and "Hide & Seek." His work has also been adapted for film and television, including the 1997 release of "Kiss the Girls" and the upcoming "Along Came a Spider," both starring Morgan Freeman.

"1st To Die," which will be available in hardcover and audio in April 2001 from Time Warner Audio, tells the story of four women determined to stop a murderer who has been stalking newlyweds in San Francisco. Listen to two chapters from the book, read by Melissa Leo and Dylan Baker.

By Read by Melissa Leo

MORE FROM Read by Melissa Leo