The late poet James Merrill, recently the subject of a memoir by Alison Lurie, reads three of his poems from the "Voice of the Poet" series. 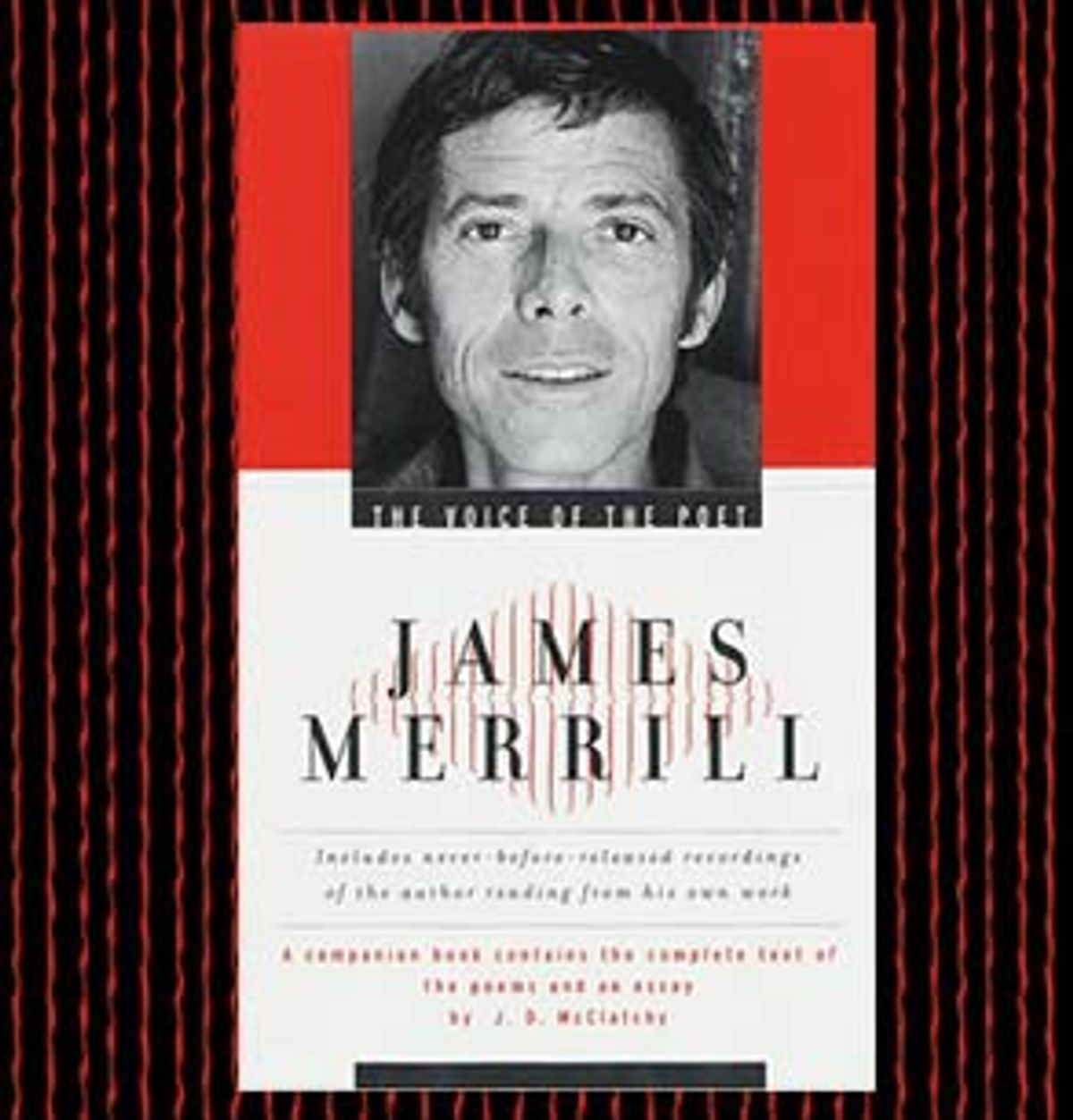 James Merrill (1926-1995) is renowned for the elegance and humane complexity of his work and is considered the leading lyric poet of his generation. His writing has a distinctively urbane and engaging voice, articulating the world from unexpected vantage points and joining the tragic and absurd. He is celebrated for his keen visual perceptiveness and his sensitive ear, transforming autobiographical insights and experiences into profound meditations on life and the world around him.

Merrill was born in New York, the son of Charles E. Merrill, a co-founder of the brokerage firm now known as Merrill Lynch. He was a Pulitzer Prize-winning American poet and the recipient of the Bollingen Prize, two National Book Awards and a National Book Critics Circle Award.

These poems, taken from Random House Audio's "Voice of the Poet" series, are read by the author.