How the Web has changed access to sex information -- and the kind of advice people seek. Second of two parts. 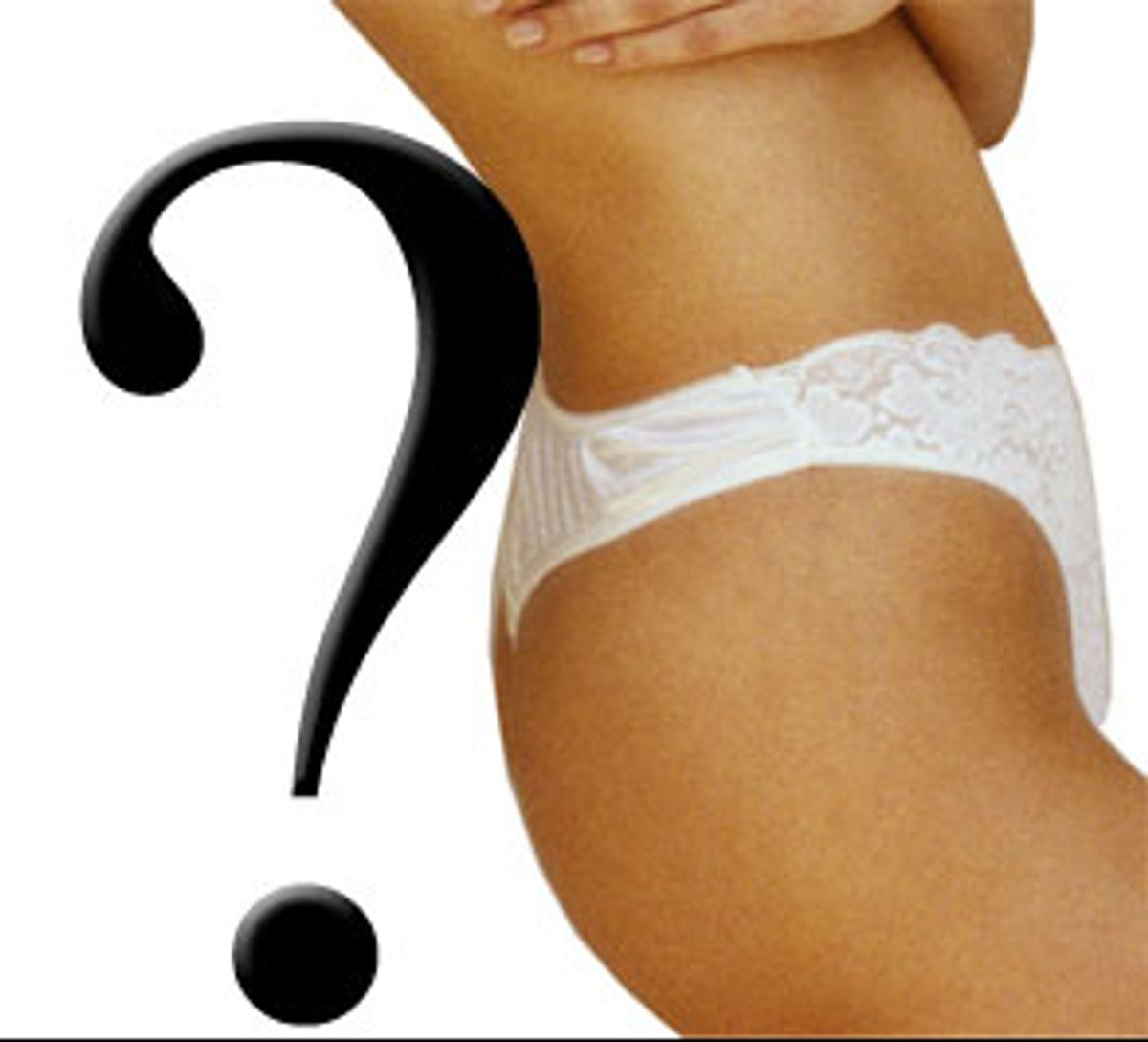 "We live in a culture obsessed with sex," says San Francisco sex authority Sandor Gardos, "but basic sexuality information often gets lost. It's difficult to assign meaningful blame. Sure, the government, parents, political conservatives and the media deserve some share of it, but we also have thousands of years of cultural history that got us to this point."

In Gardos' view, one hopeful development for increasing access to information about sexuality is the Web: "For the first time ever, people with Web access are only a few clicks away from at least some good sex information. Before the Web, if you were a teen in a small, conservative town, or gay, or a fetishist of some sort, it may have been very difficult to find the information you were looking for. [Now] you can ask your questions, find people like you. People submit questions to Thrive anonymously, but from the way they're written, I'd guess that about half come from teens. I think that's why I get so many questions asking: 'Could I be pregnant?'"

The Web has done something for sex advice columnists too -- it's changed the kinds of questions they get: "Questions that come in by e-mail tend to be more intelligent, more literate," says Rowe, who launched PlayboyAdvisor.com in 1997. The Web site now accounts for two-thirds of the letters he receives. "Most people with computers and Web access have a certain level of education -- even if they don't know much about sex."

Nationally syndicated sex columnist Isadora Alman agrees: "I get more intelligent questions on the Web site." Her site is unique in that she's not the sole expert. She invites site visitors to answer questions as well as ask them -- in part to provide perspectives other than her own and in part to have her site function as a kind of sexuality salon, an ongoing discussion group. She has found her approach something of an antidote to one occupational hazard of writing a sex advice column -- the feeling that the whole world is sexually out to lunch. "Many people write in wonderful answers," she says. And, in fact, Alman's latest book, "Doing It: Real People Having Really Good Sex," is a compilation of visitors' tips and experiences.

All the sex advice columnists interviewed for this article have noticed an increased interest in recent years in power-play sex like sadomasochism and bondage and discipline. If the volume of questions related to power-play sex is any indication, it appears to be on its way to becoming more widely practiced. "Whether or not people are actively involved in S/M and B&D, interest seems to be growing," Alman says. "People have heard of it. They're curious about it. So they ask. And when so many people ask, you have to figure that at least some of them are trying it."

Only one subject has dropped off the sex advice columnists' radar screens -- AIDS. The reason, they speculate, is that HIV transmission is one of the few sexual subjects that have been addressed widely in the mainstream media. The columnists continue to receive a steady stream of questions about other sexually transmitted diseases.

Playboy Advisor's Rowe says, "The word 'normal' can be tricky. In a sexual context, it has several meanings: popular, safe, nothing to feel ashamed of. Plenty of things are safe and nothing to feel ashamed of, even if they're not all that popular. Instead of 'normal,' I try to go with 'safe' or 'unhealthy,' 'common' or 'uncommon.' So much of what I do is give people permission to be themselves, to enjoy who they are."

The Web has also enabled people around the world to ask more questions. The vast majority still come from Americans, but Alman has received quite a few from abroad: "Most come from the U.K., presumably because my site is in English, but I've had questions from Europe, Asia and South America," she says. She thought Europeans would be more sexually sophisticated than Americans are, but she says that has not been the case. "It's the same old stuff, especially questions from men about coming too soon."

Gardos also receives questions from abroad. The only difference he's noticed is that foreign women are more likely to ask a question like "How can I be sure I bleed on my wedding night?" (This question reflects ignorance about the hymen, the membrane that supposedly covers a virgin's vagina.) "In many countries around the world," he explains, "sex information is more suppressed than it is here, so you'd expect more people to have more basic questions."

The columnists estimate that 80 to 90 percent of the questions they receive are ones they've seen before. They live for the 10 to 20 percent of questions that are new and different. "Just when I think I've seen it all," Gardos says, "I get a question that makes me say, 'Wow, I've never heard of that.'" Recently, a man asked whether it was safe to scuba dive with a hydraulic penile implant, whether the extra pressure underwater might cause his implant to malfunction. "I had no idea," Gardos admits. "None of my books had anything on it. So I called all over the place -- sex people, dive shops, and finally wound up talking to people at the company that had manufactured the guy's implant. They'd never considered the scuba question either. But based on other tests they'd run, they guessed that their implant would work fine down to about 100 feet. I wrote him back saying that no one really knew the answer, but I told him what the manufacturer had said."

"My fondest wish is to work myself out of a job," Gardos says. "But until that happens -- and I don't think there's any chance it ever will -- I have fun giving sex advice. It's a service many people clearly need."

"Sometimes I laugh out loud at amazing or witty stories," says OnHealth sex advisor Louanne Weston. "And I really love getting thank-you notes. That happens fairly frequently. Recently, I wrote a piece on the fact that some blood pressure medications cause erection impairment. I got a note from a woman saying that because of my column, her impotent husband asked his doctor to change his blood pressure medication, and now they're enjoying sex again. That kind of feedback makes my day."