With a surprising number of African-Americans identifying themselves as multiracial, the Census Bureau has some colorful math to do. 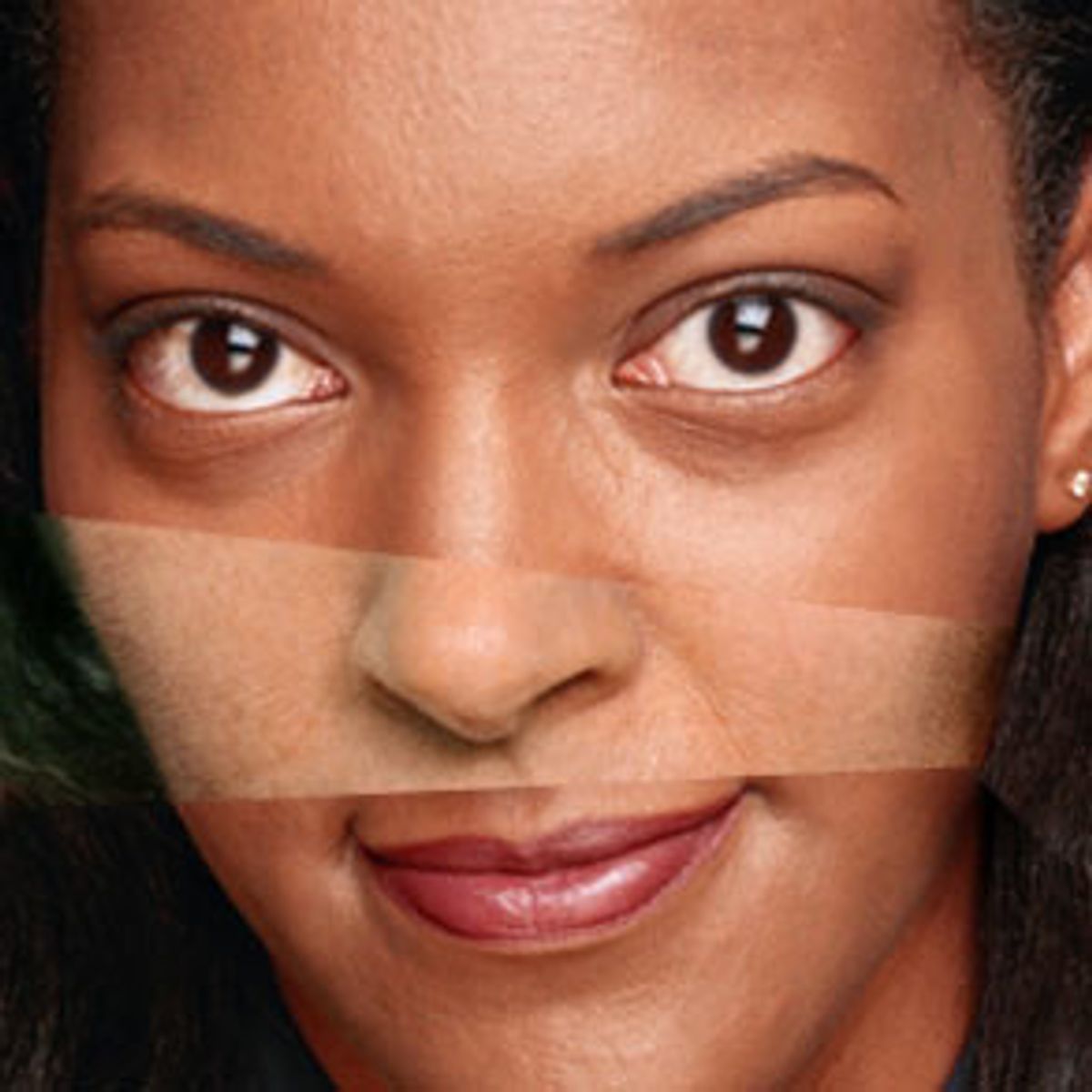 The Census Bureau got a surprise earlier this month, when the 2000 Census results were tabulated: Two million African-Americans defined themselves as multiracial -- 5 percent of the overall black population and twice the number that had been expected. This was the first time that the multiracial option has been available on the census, which for years had relied on five traditional race categories to track the country's ethnic diversity.

The NAACP downplays the wow factor of the results, pointing out that African-Americans have always had diverse ethnic backgrounds. "The African-American community is very diverse," says Hilary Shelton, the NAACP's Washington bureau chief. "Particularly coming out of slavery, African-Americans have white ancestors. You can let your imagination run wild with that one. There was always a little house behind the big house. That's always been the untold story."

But the ongoing debate over what to do with the information could have major repercussions for policy decisions affecting the allocation of billions in federal funds and the enforcement of civil rights laws.

This time last year, all-out war loomed between civil rights leaders and the Census Bureau as the bureau looked at ways to revise its decennial national head count to reflect the ever more diverse racial composition of the country.

The 2000 Census, the first to attempt to count mixed-race Americans, expanded the number of racial categories Americans can choose among from five to 63. Civil rights groups worried about the impact on minority groups, since the traditional categories formed the basis for federal enforcement of civil rights legislation like the Voting Rights Act and the Civil Rights Act of 1964, congressional redistricting and reapportionment of federal spending. A census with multiracial categories could imperil the enforcement of civil rights laws, advocacy groups feared.

Blacks have been particularly hard hit by census problems in the past. For example, in Richmond, Va., 11,000 school-age children weren't counted in the 1990 Census, and as a result, the community lost the $640 per child that the government gives to the poorest communities -- a disproportionate percentage of those being African-American. Effects such as this are why organizations like the NAACP are particularly sensitive to changes in the count.

Most parties wanted to develop a broader census that would be more reflective of racial realities. But some organizations emphasized that the civil rights laws of the 1960s were written with more limited definitions of race in mind. There had to be a way to develop a census that would reflect the new look of America without compromising previous classifications.

To solve the problem, the NAACP and other groups asked the Census Bureau to create a system of tabulation that would permit respondents to select multiracial categories but would also allow those categories to be reverted to the category that would have been chosen in the previous census, enabling researchers, bureaucrats and armchair demographers to compare racial data accurately between the 1990 and 2000 censuses.

To read the coverage this week, you'd think that hadn't happened.

"The new options mean that data from the 2000 census is not directly comparable with information from previous censuses or with other statistical systems that use the traditional racial categories," a New York Times report stated Wednesday. "Direct comparisons of figures for 1990 and 2000 were impossible, however, because people previously could choose from only five racial categories compared to 63 in the latest census," the Associated Press reported on March 8.

In a way, these reports were correct. The sheer volume of data is enormous, presenting complications that could mar certain comparisons. But the reports also overlooked an important part of the planning process.

A bulletin from the White House Office of Management and Budget that was circulated a year ago provided guidelines by which census statisticians were to retabulate multiracial responses in a way that would not disrupt civil rights monitoring and enforcement. For example, someone who identified himself or herself as both white and black would automatically be retabulated as black in tables produced for civil rights enforcement. A person who chose black and Native American would be identified as Native American.

The guidelines were a partial victory for the NAACP and other early critics of the new categories. They allow mixed-race individuals to be "tabulated in a way in which we could still apply our existing civil rights laws," says the NAACP's Shelton. "That was our biggest concern, since our civil rights laws are predicated on the five categories that the census utilized prior to this particular census. They pretty much reflected our concerns."

It's possible that the White House guidelines will no longer apply, Shelton says. The directive requiring census takers to retabulate results to adhere to the original five racial categories was issued by the Clinton administration, and with a new administration in charge of the bureau, a single policy directive could overturn these guidelines.

But that's not a step President Bush is likely to take -- especially after alienating black voters during the election over voting irregularities in Florida. At this point, no one in Washington is calling for the directive to be thrown out.

Shelton does see value in the new multiracial categories, however. "In essence, people are able to self-identify, which will allow demographers and others looking at who we are in this country to try to address the problems we have in our society in full, living color, rather than things being reflected in black and white as they had been previously."

One peculiar finding in the initial data on African-Americans is that children under 17 are four times as likely to be identified as multiracial as are blacks over 50. Shelton attributes that dichotomy to two things. First, he says, it represents a forward shift in a society where the barriers to people getting together across racial lines are breaking down, and there are more multiracial black youth as a result. Second, "people who are older know more about how the stats are being utilized. They know that if the stats are confused, it won't be very clear about resources in the community that are taken into consideration." In other words, the numbers could lead to the erosion of the civil rights these elders marched behind Martin Luther King Jr. to obtain.

Even if a consensus emerges on the tabulation of the new multiracial categories, a more troublesome area of concern remains. The NAACP and other civil rights groups are still miffed by Commerce Secretary Don Evans' decision not to employ the statistical sampling measures favored by Democrats to plug the hole of the 3.3 million Americans estimated to have been missed by census takers in 2000. Evans defended the 2000 Census as the "most accurate in history." Indeed, the undercount was noticeably diminished from 1990, for which undercount estimates range from 4 million to 8.4 million.

Controversy over statistical sampling simmered throughout the '90s and continues today. Republicans have long shunned sampling efforts, describing them as a "scam." But critics charge that they don't support it for the same reason they don't support "motor voter" registration programs -- such efforts tend to help the underclass and minorities, folks who aren't as likely to support GOP causes. Much of the support for sampling in Washington petered out following a 1999 Supreme Court decision that banned the use of statistical sampling for redistricting. Hence there was little surprise at Evans' announcement.

"It's still shameful that they didn't use it," Shelton says. The Supreme Court decision spoke only to the issue of reapportionment. "Anything else was fair game. Wall Street uses statistical sampling, as does Madison Avenue. It's our biggest area of disappointment. It overshadows everything else. It makes you wonder whether they're jockeying for seats in Congress or whether they're actually thinking about the interests of the American people by measuring them as fully as possible."