From its early masterpieces to today's coldblooded chronicles, literature's most chilling genre reflects the fears and obsessions of its time. 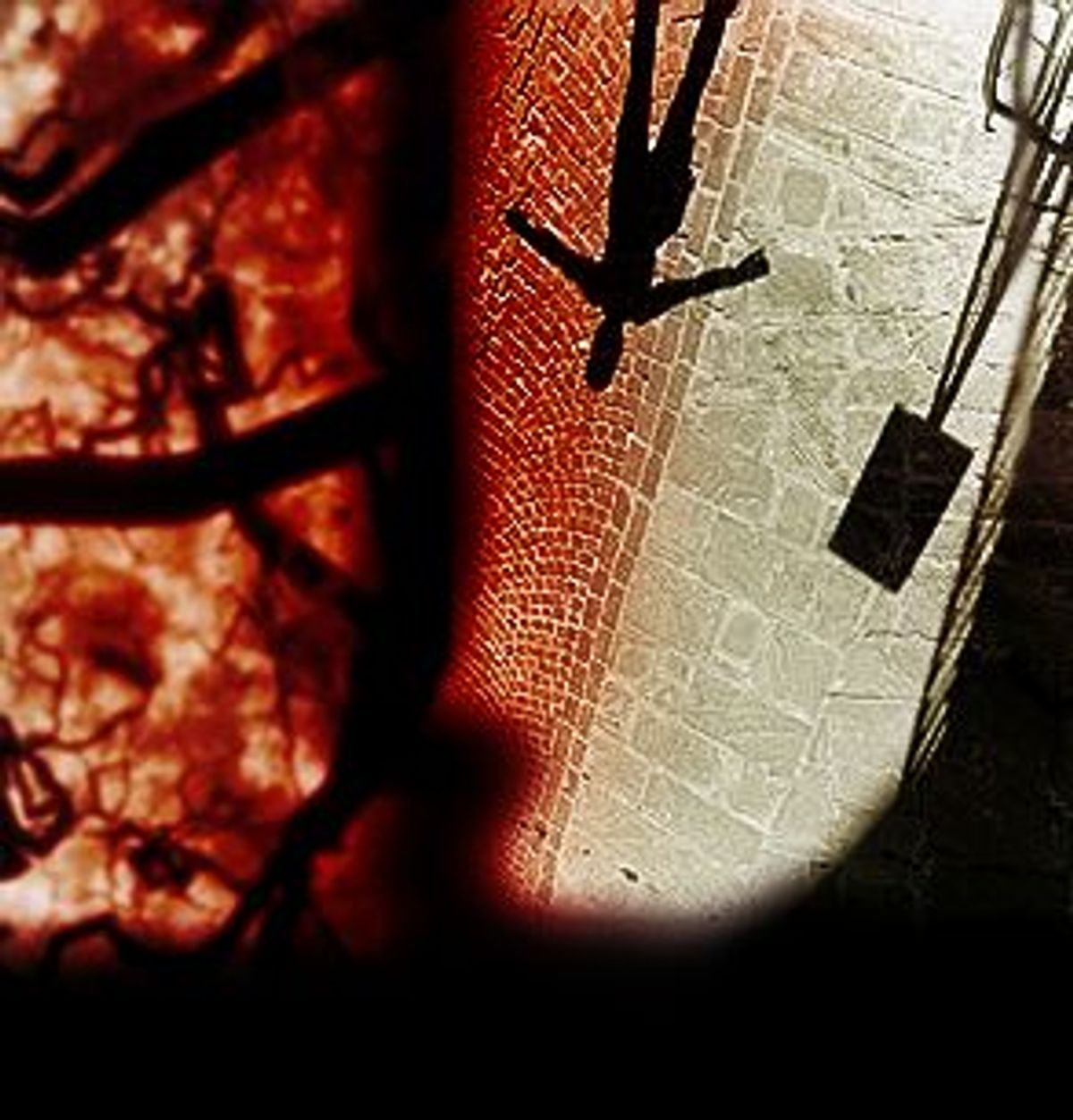 Whoever reads true-crime books tends not to boast much about it. Mystery novels occupy a famously large shelf in the libraries of academics, intellectuals and even former presidents -- Bill Clinton relaxes with Walter Mosley, JFK adored Ian Fleming and even Woodrow Wilson was said to enjoy the occasional whodunit between attempts to improve the world. But except for brief incursions by sophisticates like Truman Capote and Norman Mailer and historians like Patricia Cline Cohen and Karen Halttunen, the true-crime genre trundles stubbornly along in a haze of screamer titles, red-and-black covers and flavor-of-the-month atrocities (Satanism! Child murder! Satanic child murder!). It's the ghetto most writers struggle their way out of.

The reasons for this ostracism lie deeper than simple questions of taste; something chilling resides not far from the surface of the genre. While most mystery novels reassure us that all's right with the world, true crime imbues us with a yawning auto-accident sense of unease. Humans have butchered one another on the thinnest of pretexts before, and doubtless they'll do such again. Each bloodletting and subsequent conviction a true-crime writer recounts may testify to justice done, but that same account can't help recognizing everyone's limitless bad potential.

But true crime could also be called our most venerable genre, beginning with the story of Cain slaying Abel and continuing through the 17th century Colonial fad for execution sermons, in which members of the clergy described and denounced the condemned man's crimes in order to demonstrate God's absolute and inescapable justice. As time wore on, however, and God exerted measurably less pressure on the consciences of sinners and readers, an exorbitant, garishly sensationalistic new literature, or quasi-literature, arose, balanced uneasily between salvation and sin. Imagine, for prudish 19th century bourgeoisie, the thrill of bosoms a-heave and adultery lightly cloaked -- with the comfort of finding the whole sordid mess dressed up as a cautionary tale.

The purveyors of the first modern incarnations of true crime were devoted amateurs for whom the field offered ripe aesthetic pickings. These writers teach you more about daily life than a pile of history books; as stylists they reveal that grisly subject matter doesn't demand ham-fisted prose. The result can be intoxicating -- a mixture of inspired dilettantism, class condescension, philosophical speculation and a measure of Schadenfreude. The murders they wrote about were picturesque, piquant, worth savoring over a glass of port at fireside. (Liquor metaphors have remained surprisingly common in British Isles true crime. As spy novelist Eric Ambler wrote in his own collection of lectures on the subject, "Scottish murder has always had a special full-bodied flavor of its own; burgundy to the English claret.") Probably the finest of these chroniclers was, as Ambler might have predicted, a Scot himself, lawyer William Roughead, who wrote in the early years of the 20th century. Luc Sante's introduction to the welcome reprint of Roughead's "Classic Crimes" rightfully describes him as "the Henry James of crime," alert to the tiny social nuances by which murderers might tip their hands and the cruel exigencies of inheritance among the almost rich.

Without ever straining to please, Roughead writes wonderful page-turning stuff, crammed with archaisms and play; he's an energetic connoisseur of wrongdoing who measures his shocks with care, teasing the reader with the hoariest conventions for better effect. "The next we see of Mary Patterson -- you note that I have discreetly refrained from drawing back the bed-curtains -- is upon the table in Dr. Knox's dissecting room," he winks. Gracing his recitations with zesty aphorisms drawn from visits to the wrong side of the tracks -- "there are few things better worth having in this world than a good reputation," and the surpassingly wonderful "I have often wondered that no philosopher has considered the strange affinity between crime and whiskers" -- he follows up each trail of evidence, and each argument in court, with a clarity and attention to detail worthy of Perry Mason.

Moreover, Roughead treats these cases, some of which provided the raw materials of literature, with such grace that their fictional versions feel almost gratuitous. (Edinburgh's own Deacon Brodie -- peerless cabinetmaker and pillar of society by day, enthusiastic thief by night -- furnished Roughead's countryman Robert Louis Stevenson with the rudiments of Dr. Jekyll's nightly transformation, and grave robbers William Burke and William Hare with grist for "The Body Snatcher.") Invention seems a waste of time when set against Roughead's joy in the infinite variety of humanity.

In his hands, these villains come alive not just in their capacity for cruelty but also in their sometimes astounding ability to win and keep love, to earn trust. Like his friend James, Roughhead takes more delight in surveying a situation from every available vantage point than in tracing simple machinations of plot -- an almost metaphysical devotion to the fullest knowledge possible, no matter what the context. "A bad boy, I grant you," he concludes of Deacon Brodie, with "a fine contempt for the conventional virtues. [Yet] he was a devoted son and brother; a kind and affectionate parent to his irregular offspring." As much a work of literature as one of true crime or history (all three, really), "Classic Crimes" deserves a place on every reader's shelf.

Very much in Roughead's mode, American Edmund Lester Pearson aims as much at posterity as at the contemporary market for scandal. Writing in the 1920s, he revisits a series of forgotten cases with wit and energy. But read him for his extended (nearly half the book) treatment of the still-famous Lizzie Borden, whose case he probes with an amusingly cranky detachment that covers everything from the immediate blandness of her native Fall River (the visitor "looks around him, shudders, and hurries on") to the muddledness of common sense ("in the opinion of the man in the street ... it is, of course, a destructive thing to say of another man that he has a 'theory'").

Interested as much in the art of murder as in its social setting, Pearson ponders the aesthetic aspects of the Borden family's alarmingly hearty breakfast that fateful morning. Mutton broth, mutton, johnnycakes, cookies and coffee, he judges, furnished a meal "well adapted to set the stage for tragedy. One trembles at the thought of beginning a day in August with mutton soup." Borden herself emerges as a scarily detached sourpuss whose most famous quoted remark (she did not testify at her trial) was the stubborn motto "I do not do things in a hurry."

Despite gaping holes in her story, Borden was acquitted, in barely an hour, of killing her mother and father with an ax. Rumors abounded that the jury had stayed out that long only to avoid the appearance of undue haste. Combing through reports near and far, Pearson sketches a sobering portrait of a late-Victorian mind-set seemingly more concerned with reestablishing a ruptured social order than with actually solving the murders. For all of his elitist's sniping at the atrocious lack of intelligence among the population at large, Pearson does not throw in his lot with the decidedly unpopular Lizzie Borden; he maintains a sense of moral outrage at a verdict delivered out of a desire for expediency rather than for justice. He does not judge her reasons for the murders, nor does he presume to take a lesson from the case. But he does admit that the Borden case will remain -- as it has -- one of the great revelations of the American soul, an apparently motiveless brutality hinting at the bleak lesson that even the quietest suburban refuge (in 1892!) cannot shield anyone.

In that sense, Pearson provides a clear precursor for Ann Rule, contemporary America's most successful purveyor of true crime; both chronicle the purposeless violence that this country has lionized since its origins. (American heroes, D.H. Lawrence once wrote, have always been killers.) Rule, it must be said, poses no immediate danger to Roughead's mantle. The author, most famously, of "The Stranger Beside Me," a saga of the pursuit of a serial killer who turned out to be, scarily enough, Ted Bundy, her friend and co-worker at a Seattle crisis center, Rule typically commits sentences that suggest Joe Friday after a one-evening writers workshop: "The Thanksgiving holiday, 1998, was no different from any other holiday, although Thursday, the day itself, was fairly quiet." On the other hand, when she does try to get literary, the resulting crimes against common sense are probably worse: "The whole apartment had that lifeless feeling, like a place out of a William Faulkner story." (I don't know which story, either.)

For the most part, however, Rule churns onward, stolidly cataloging the routine crunching out of solutions by investigators. (Which makes perfect sense: As a former policewoman who got her start writing up the close friend who walked her to her car every night, Rule didn't have the luxury of distance.) Rather than surveying the depths with Roughead's (slightly off-putting) Olympian detachment, Rule tosses an Oprah-esque arm around the shoulders of her victims; she wants us to empathize with the hopes that were snuffed out: men who put their lives back together after a history of failed marriages, nice young college women destined to be sweet-talked in mall parking lots by vile-minded monsters -- you know, regular people embraced by evil. The effect returns us to the very origins of "sentimental" fiction, in that it's designed purely to play on one's emotions and arouse the senses. This could have been me, you're supposed to think.

To what end, however, is another matter. Neither a lefty pop sociologist (poverty and racism did this!) nor a righty slavering for law and order (bad people did this!), Rule is almost pre-ideological; she's a true-crime writer, so she tells you about crimes. Creepily, she has constructed a franchise from her proximity to evil: Now available is the 20th-anniversary edition of "The Stranger Beside Me," featuring Bundy's fingerprints, booking sheet and even his handwriting in a personal letter. Still, she's good at it. Rule expertly conjures menace from the most mundane situations -- the yuppie shifting next to you on the bus, or that innocuous teenager, might just seize this opportunity to vent his grudge against the world. Her books nudge us into limitless paranoia.

Unlike Roughead's greedy inheritors and frustrated lovers, Rule's crimes "make no sense" much of the time. Vacant, meaningless anomie erupts into vacant, meaningless rage, leaving us none the wiser when it subsides. A man walks calmly up to the front of a bus, shoots the driver, then himself, leaving the bus to crash off a bridge. A teenager spies on a schoolteacher from the woods, then breaks into her house and rapes and murders her; he is caught when a police search reveals that, while lurking in wait, he decided to take advantage of the free long distance and phone a relative. "Christopher Wilder was born in 1944 in Sydney, Australia. Early on, the blue-eyed, blond-haired boy demonstrated signs of sexual aberrance," begins one case, and things never make much more sense from then on.

Though surely she doesn't intend it, Rule creates a sort of blank-verse ode to contemporary crime. Her killers can't be romanticized, nor do they clue us in to those unspoken urges that tantalized Stevenson to translate the true-crime legends of his day into a resonant metaphor for Victorian hypocrisy. Here, beyond such ageless cautions as "Don't go into the woods (or the park, or the mall) at night," the proper métier is the movie of the week -- a quick, meaningless peril bereft of context, past or future. Which may well be the way things are these days, but reading example after example of senseless aggression, who wouldn't rather swirl the brandy in its snifter, settle back into the armchair and enjoy mayhem among the lesser nobility? That way, at least, everything made a kind of sense.

Jesse Berrett is a historian and critic in San Francisco.