Screwing up a sure thing 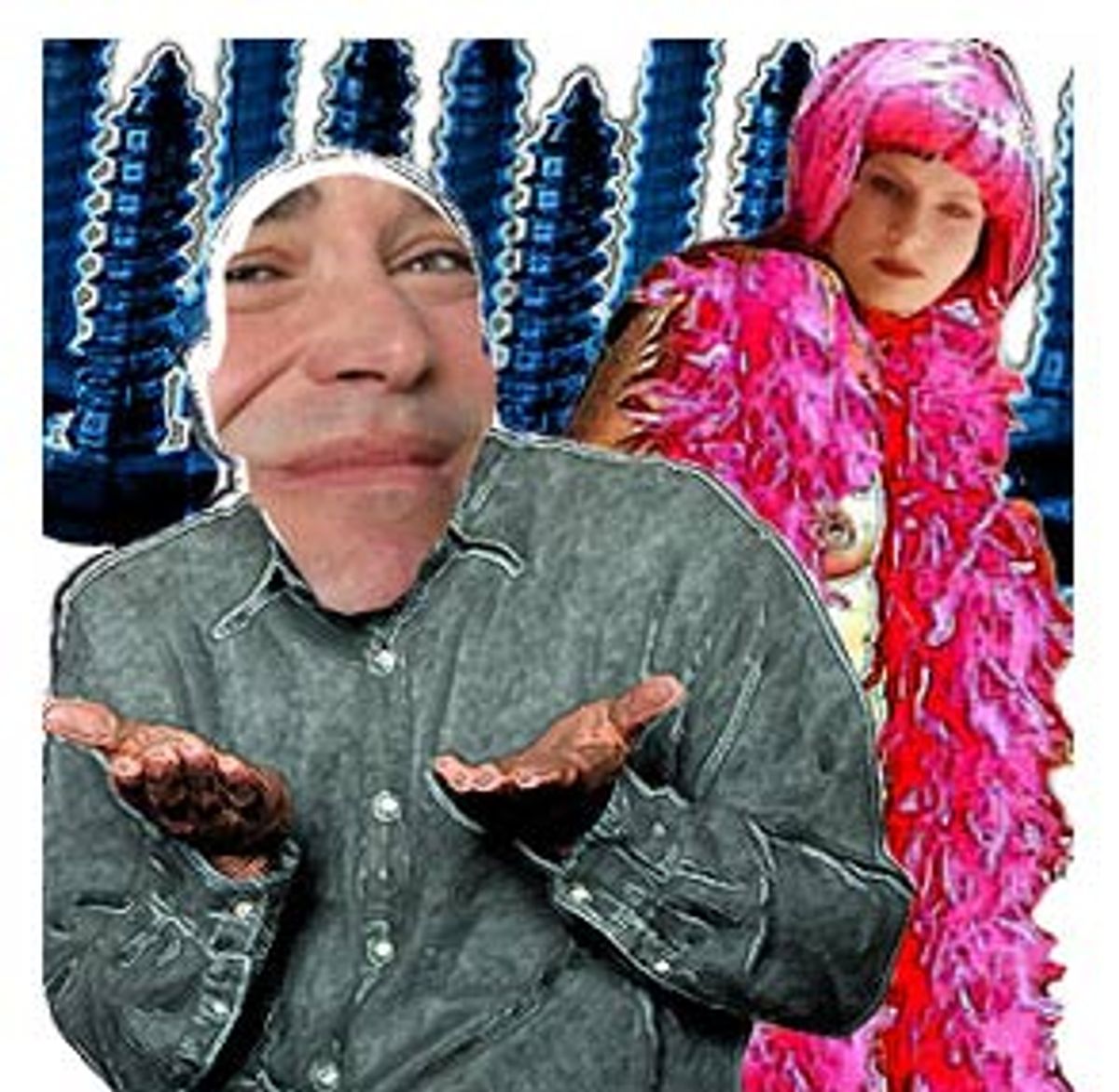 As an academic, I have spent years developing my ability to evaluate human behavior. And with all the relationships I've screwed up in the past -- and there are far too many of them -- I should be able to anticipate problems and move to correct them before they become relationship-breakers. But when you think you've got it made, when you're making her scream like a banshee 100 times a night and she tells you she's addicted to your dick, you get careless.

Let me tell you just how easy it is to screw up a sure thing. Like every single guy I know (straight and gay), I like pornography. Any guy who tells you he doesn't is full of shit or a eunuch. Like most guys I know, I have a stash of porn flicks and magazines squirreled away in a cupboard. Early in our relationship, Stacy procured for me a copy of one of the videos she had been in. We watched it together and giggled as she told me how the girls had been laughing so hard at the silliness of it all that they could barely find each other's pussies.

"What?!" she said, during one such conversation a week before it all ended. "She's gross! A cow! Disgusting!"

This, of a tall blond bombshell who, at least from the two or three videos I've seen her in, appears to have a flat stomach and the kind of face that would have caused me to spontaneously ejaculate when I was in middle school.

Feeling the fool, I try to back-pedal. "She seemed OK in the video I saw her in," I said. "But that was a few years old. She must have put on weight. Besides, you're much better looking."

She laughed scornfully. "I know you're lying."

"I know you. You like that floozy, trailer-trash look."

Then she dropped the bomb: She tells me that I'm perverse. That she's weirded out by the fact that I know who these girls are. And weirded out worse because I apparently have no taste in the ones I like. Even though I've only been to a handful of strip clubs, she confesses that she associates me with the furtive men who sneak into the club after work hoping a girl like her can get their flaccid tools to stand at attention. This, she claimed -- and this was the first I had heard of this -- is why she could never be serious about me.

Translation? Stacy couldn't get serious with me because I get turned on by what she does for a living to get other guys turned on. Stacy had danced for me -- in the club and at home. She was happy to do so. She came over one night in full bondage regalia to surprise me. It turned me on. But now she tells me none of her other boyfriends asked her to dance for them.

I couldn't even hear what she said afterward. I was too bewildered trying to imagine what kind of a guy would not ask her to do what she does so well.

And she claims I'm perverse.

But she had been there, done that -- no matter where "there" was and what "that" was.

Friends, family members and therapists have offered several theories as to why she left me. Some of them give me solace. Others do not. The psychobabble theory goes like this: Despite her claim to be the exploiter when she strips, she is unconsciously disgusted with herself for what she does to make money. As a result, she has a problem making emotional connections with people. Her emotional aloofness gives her a sense of control over an environment in which she feels she is an object that can be bought. As I was looking to make our relationship a more emotionally intimate one, she began to feel threatened and used my so-called perversity as an excuse to reassert distance between us and regain control.

The friend theory goes like this: "She's fucked up! A fucking bitch! Pass me a beer."

My tarot reader believes that her body harbors the spirit of a wronged antebellum debutante who swore an oath to exact revenge on lascivious men.

My theory: I screwed up a good thing by revealing too much of my inner horn-dog. She would no doubt agree. I broke a few rules. The biggest? Don't tell your girlfriend how hot you think other girls are. Ever. Even if she's a bisexual stripper. Even if she tells you what she thinks about another girl. If she asks you what you think about the Pamela Anderson look-alike surrounded by slobbering men at a party, shrug your shoulders and say, "She's OK, I guess."

Now I find myself in a situation akin to Lois Lane's at the end of "Superman II." OK, she's a girl and I'm a guy, but just work with me here. Lois Lane had already done the hibbity-dibbity with the Man of Steel. But at the end he still had to be Superman and she, unfortunately, still had to be Margot Kidder (and that's not a fate I'd wish on anyone). Supey can't give up his day job for nookie, so what's she supposed to do after she's had a taste of the Super-cock?

"You're a hard act to follow," she tells him. In the movie, the situation is resolved with characteristic Hollywood ease: He swoops in for a kiss that conveniently makes her forget their fling. Like Lois, I need some potent nepenthe to erase the memory of my sybaritic pleasures. Unfortunately, no such thing exists in real life.

I'll try to take some comfort in the fact there's still at least one sexual frontier yet for me to conquer: two women. I had it within my grasp and yet it never happened. Maybe one day I'll get there, and that will be the kiss I need to move on.

Jay Griffith is a writer in Los Angeles.