March Madness: Not so mad

All those "upsets" are exciting, but they're only "upsets" because the selection committee hasn't realized that the mid-major teams that keep their players are really good. 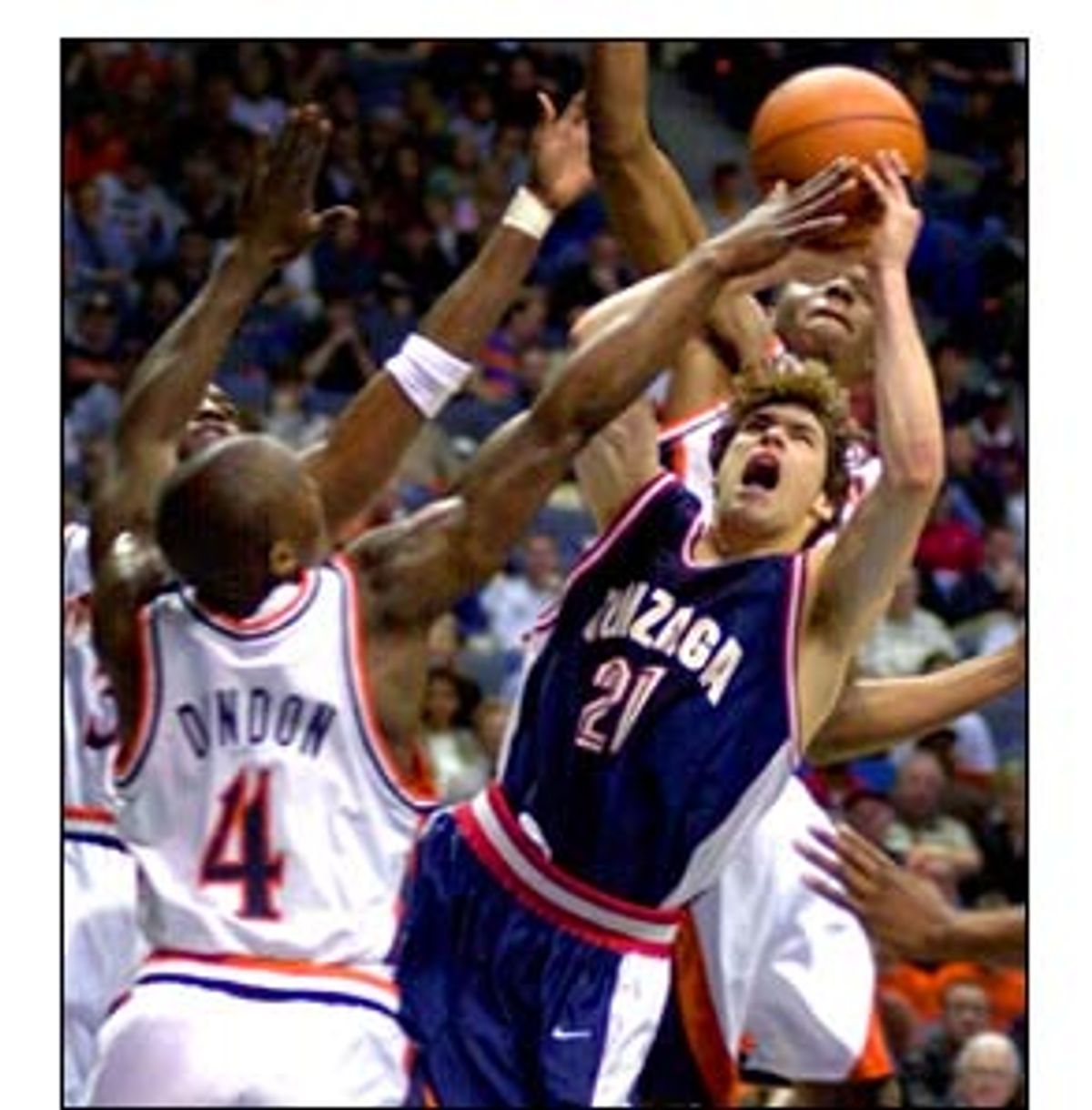 The transformation of men's college basketball from a quasi-developmental league for the NBA into an entertaining but tangential diversion is almost complete. The evidence? Round 1 of this year's NCAA Tournament.

The first thing any seasoned office pool participant does is scan the brackets for the best possible 12-seed vs. 5-seed upset chance. For whatever karmic reason, this is the spot where the biggest first-round surprises often occur. But this year, upsets abounded throughout the bracket, with two each in the 12-5, 13-4, 11-6 and 10-7 games and, in the shocker of the tournament, No. 15 Hampton beating No. 2 Iowa State in the West Region. The 14-3 matchups saw no upsets, but three of the four games were decided by a total of eight points.

Was all this merely coincidence, further annual proof that March Madness is the most aptly branded event in all of sports? Not really. Make no mistake: It's utterly entertaining. If the Super Bowl or the World Series could guarantee games this close or with such a high probability of upsets, sports fans everywhere would salivate even more than usual.

What this year's Tournament represents is a shift in the college game from something less akin to college football, a developmental pipeline designed to ready many of its participants for "the Show," than to college baseball, a league that offers a competitive, fundamentally sound product but sends only an elite few to the next level. The primary culprit of this transformation is the NBA itself and its recent influx of early entrants, players who skip some or all of their college eligibility to go straight to the pros.

Without early entry, eight of the first 11 players chosen in the 2000 NBA draft, and four of the first five chosen in 1999, still would be in college, and they'd all be impact players -- that's why they went pro. The truly elite programs like Duke, North Carolina, Arizona, Kansas, Stanford and a few others are less affected by this exodus. Recruiting juggernauts all, they usually can replace one All-American with another. (Indeed, if Elton Brand, Corey Maggette and William Avery still were with an already outstanding Duke team, there'd hardly be a reason to play the Tournament.) Even in this year of upsets, the cream still rises to the top; the top five teams in the country -- the four No. 1 seeds and Arizona -- all advanced easily to the Sweet 16.

Where this effect truly ripples is through the next level, to second-tier teams in major conferences like the ACC, Big Ten and SEC. When it came time to seed these schools, their big names clearly carried weight with the NCAA selection committee, to the extent that it's still unthinkable, for example, to seed Virginia (20-8, fourth place in the ACC) below Gonzaga (24-6, champion of the "mid-major" West Coast Conference). Yet to almost no one's surprise outside of Charlottesville, Gonzaga beat Virginia and now finds itself in its third consecutive Sweet 16.

The truth is, the better teams in the mid-major conferences are now every bit as good as the second-tier teams in the majors. The lesser-known schools usually keep their players for all four years -- these days, an NBA-caliber youngster is better off going straight to the pros than trying to make the jump from a mid-major school with no street cred -- and their experience and maturity show come tourney time. While most big-time schools at some point or another have to deal with higher player turnover and the distraction of guys deciding whether to go pro, at the lesser-known schools, they just spend four years learning how to play ball.

This new era of second-tier parity in college basketball appears to be permanent. Among the NBA's most likely scenarios is the creation of a developmental league -- à la baseball's minor-league system, only smaller -- for players who don't want to go to college but have high hopes of being pros. If this happens, the only pro-quality players who will attend college will do so (gasp!) for the education.

In the meantime, don't expect the NCAA selection committee to do anything radical like seeding the Gonzagas, Butlers and Utah States of the world where they belong -- ahead of the major conference teams they dumped in the first round. After all, March Madness is all about upsets, whether real or imagined.

Luc Hatlestad is a writer in Oakland, Calif.