ABC's new sitcom seems stale already, but it has something other comedies don't -- the witty, intelligent Joan Cusack. 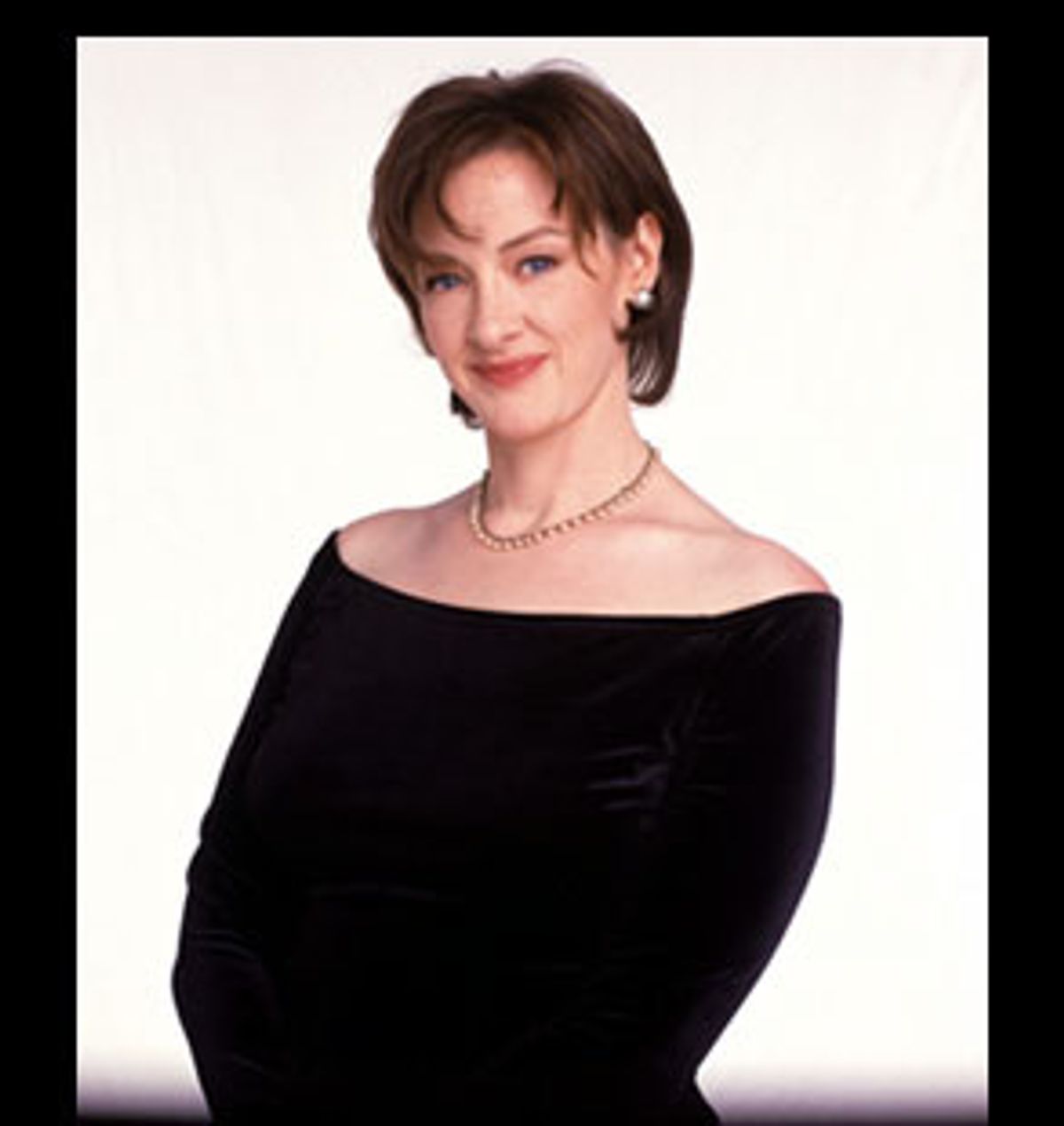 Let's get the obvious, easy criticism of Joan Cusack's new ABC sitcom out of the way first. In the premiere episode, Joan and her two best friends end up in a coffee shop talking about their problems and cracking limp jokes. By then, it's already obvious that "What About Joan" looks and feels way too much like every other lame sitcom. It doesn't have the energy or the chemistry of a "Will & Grace" breakout, and it's definitely nowhere near as spastic or original as "Malcolm in the Middle."

But the show does have one killer hand that it hasn't fully played yet: Cusack herself. Although she may be best known for relatively small parts in movies starring her brother, John Cusack, Joan always manages to pull a strong performance out of whatever situation she's in -- whether it's serving as an assistant to a hit man in "Grosse Point Blank" or trying to kill off Uncle Fester as a psychotic gold digger in "Addams Family Values." The same is true of her performance in "What About Joan."

Starring in her first television series (excluding her appearance for a year on "Saturday Night Live"), Joan plays a semineurotic high school teacher who is surrounded by close friends and alternately plagued and blessed by her new boyfriend, Jake (Kyle Chandler). Developed by television producer James Brooks ("The Mary Tyler Moore Show," "The Simpsons") and Gwen Mascai (a National Public Radio essayist), the show's premise is simple, if thin, and it ultimately relies nearly entirely on Cusack's strengths.

And that doesn't always work. In the first episode Tuesday night, Cusack struggles against banal setups -- her boyfriend wants to get married, she freaks out -- and tries to cope with what looks like a genetically engineered, all-too-typical supporting cast. Among the show's six regulars, Wallace Langham plays almost the same tiresome character he played in "Veronica's Closet," and Chandler is just as green-eyed and straight A as he was in "Early Edition," only a mediocre match for Cusack's unhinged schoolteacher. When the show shifts the focus away from Cusack for a subplot or even just for a scene, it falls, fast.

It's not clear yet exactly what the show wants to be when it grows up. ABC says "the series focuses on the private lives of an intimate group of high school teachers, exploring the complexity and endurance of close friendships among women, as well as the challenging relationship between Joan and Jake ... as they blunder toward intimacy." The problem is that no one watches a sitcom to explore "the complexity ... of close friendships." That's what "Oprah" is for. Sitcoms are for cheap, fulfilling laughs, and they're at their best when they play to our intelligence but don't require much brain activity.

And that's the problem.

For some reason, we're demanding too much, too soon from sitcoms, and that's causing them to self-destruct into endless recasting and reworking, eventual three-episode runs and, finally, cancellation, resulting in a round of embarrassment for everyone involved.

Most significant, even if a show has potential -- and "What About Joan" certainly does -- it's usually not given time to develop. In today's ratings-obsessed, instant-gratification world, network executives, blind to everything but the numbers, often pull a show before there's even the smallest chance for growth. Watch the first season of "Seinfeld" and imagine it being judged from the first half-dozen episodes alone. The cast took several episodes to develop chemistry, and the writers needed just as long to come up with the show's smart, interwoven stories.

When they're not giving life to a show and then cutting off oxygen in just a few weeks, this season networks have tried to draw viewers based solely upon marquee celebrities. While it's somewhat understandable why they're attempting to revive the nearly dead genre of the sitcom using strong talent off the big screen, the networks are still demanding too much from shows that have too little to offer. Bette Midler, John Goodman and Geena Davis all had sitcoms that pretty much crashed and burned. Only Davis is holding on, barely; right now she's being held for the debut of Cusack's new show. As with "What About Joan," those series failed to exploit their stars fully, preferring instead to drop them into a situation, praying desperately that the star's charisma and talent would carry the crappy writing and supporting cast on their shoulders for a six-year run. Much of Midler's "Bette" and some of Goodman's "Normal, Ohio" were funny, but the humor was isolated, star-centric and out of place -- a hyena-style laugh in the middle of a bus full of placid yuppies. The stars didn't have anything worthwhile to work with.

"What About Joan" was developed without Cusack in mind, yet there's nothing there besides the star. Still, Cusack really has something, and her physical presence single-handedly rescues the show from immediate dismissal. Just by squinting up her face and jittering incessantly, she's funny; and when she lets loose -- snuffing out a series of candles with a wooden spoon, for example -- it's absolutely riotous. But in between doses of Cusack, we have to slog through pretty bad acting in horrifically unfunny and unrealistic situations.

That doesn't mean we need Very Special Episodes or even realistic, logical situations for Cusack's able physical comedy and eager personality to break through. "The Golden Girls," for example, was full of plot holes the size of Miami, yet nine years after the last episode aired, the sitcom holds up, enjoying marathon repeats every weekday on the Lifetime cable channel. You can watch the same episode over and over again, and the jokes, although entirely forgettable, are just as funny. And that's because the show was carried by the strength of the writing plus the strength of the actors and their chemistry -- not by plot. Nearly every episode of "The Golden Girls" sacrifices logic in its story line to make way for Rose to tell another one of her nonsensical St. Olaf stories, to permit Sophia to relentlessly mock her daughter, Dorothy, or to allow Blanche to act like a slut.

Just as no one watches MTV's "Undressed" to examine the psychosomatic intricacies of teenagers and young adults -- they watch to see those people stripping to their underwear in every sort of sexual situation imaginable -- no one watches sitcoms to be drawn into a compelling, believable story. We watch to laugh, to spend some time with characters as funny as we wish we could be in our comparatively dreary existences.

Sitcoms are all about capturing the perfect balance among the actors, the writing and a situation that both can play off. The situation in "What About Joan" isn't inherently funny or ripe with possibility; it's just a tired amalgam of a woman with a job and some friends and a boyfriend. The show doesn't use Joan's high school workplace for much more than another set on which to angle for a few laughs. Likewise, although the show is set and entirely filmed in Chicago (it's the first to do so), the city is hardly ever used except for a gratuitous El reference here and a painting of the Wrigley Building there.

That gratuitousness hurts "What About Joan" and tramples on Cusack's ability to truly break through. But again, it's ridiculous to expect so much so fast. While some shows fit tightly into their groove right away, others take time. Let's hope ABC gives "Joan" that time.