The renowned actress and director of "Faithless" talks about quick flings in Paris, her pal Ingmar Bergman and how scared we all are. 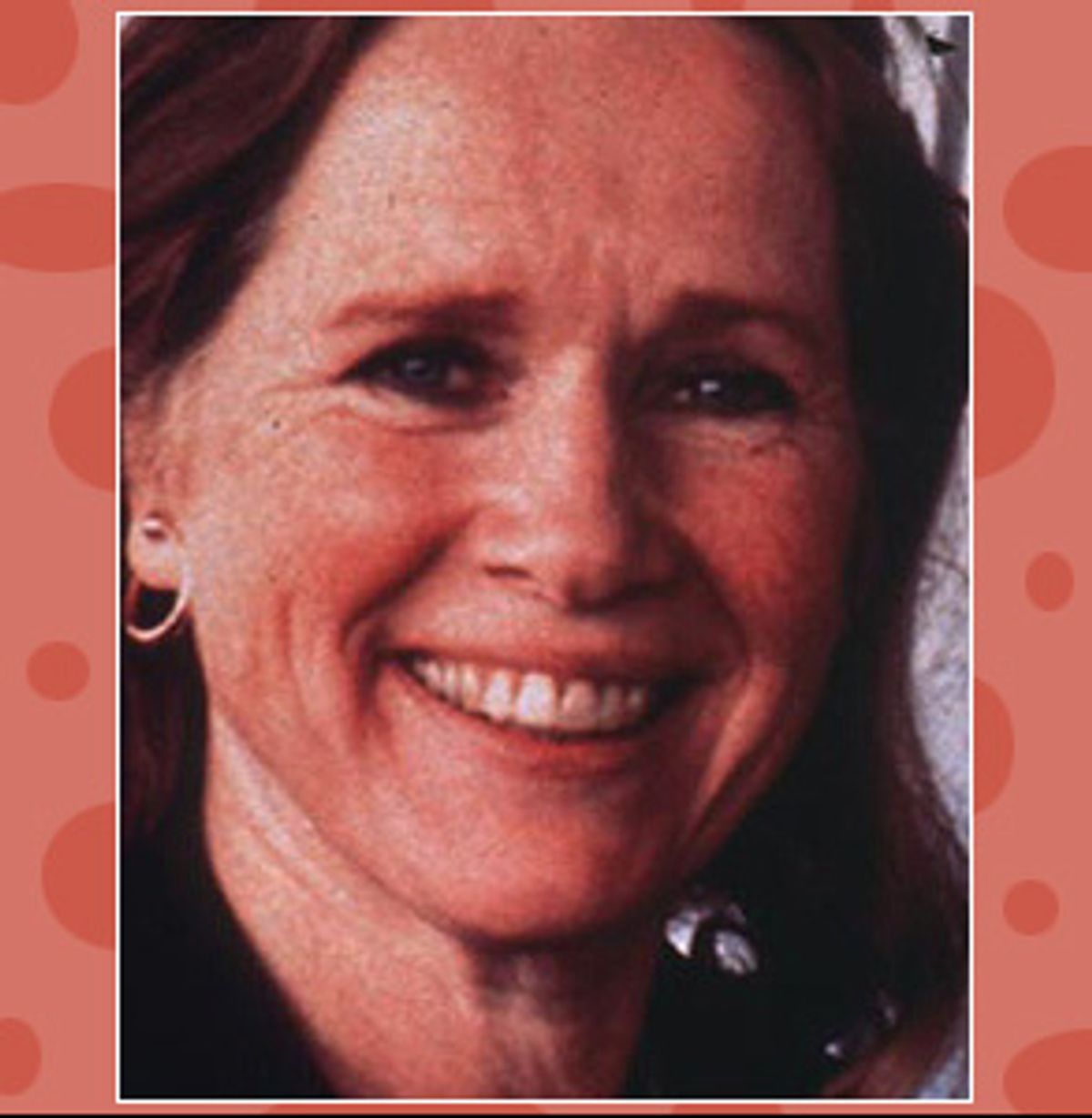 Adultery is a dead subject. From Hester Prynne to Monica Lewinsky, there's very little we seem to want to say about it anymore. Thus, it makes perfect sense that someone like Liv Ullmann would take on the scarlet "A" in her latest film, "Faithless." Ullmann is not jaded, nor does she offer easy answers; on the subject of morality, she's more interested in what the audience might have to say. In the hands of many other contemporary directors, a film about adultery has the tendency to be pedantic and overly moralistic, featuring, say, Harrison Ford. Ullmann knows better. She ought to -- her many years as one of Ingmar Bergman's lead actors have left their mark, and her directing style reflects his light touch.

"Faithless" was written by Bergman and is based on actual events from his life. It tells the story of Maryanne, who engineers an adulterous affair with her husband's best friend. What starts out as a simple plan ends in tragedy. But the film is full of ambiguity, and offers no swelling strings to guide the viewer toward the proper conclusion. There are fantastical Bergman-esque elements, too: In the opening frames, an elderly writer named Bergman conjures up the character Maryanne from his memory, and Maryanne begins to recount her painful tale. Or perhaps she never existed, and the whole event is a fiction.

Though "Faithless" marks Ullmann's fifth outing as a director, she is best known for her work as an actor, appearing in some 40 films, nine of which were directed by Bergman. She has also written two books and has acted on stages all over the world. These days, she has all but retired from acting and dedicates most of her time to directing. She's uncertain about what's next for her, and, true to form, she says she's more interested in letting the answer come to her.

This film is based on painful events from Ingmar Bergman's life. How did he approach you to direct it with that in mind?

I think he felt it was so personal that he couldn't do it himself. Because he's a great artist, most of what he writes is personal, but it's very seldom you can see [a character representing] Bergman directly in a movie. This time, though, he's even called the main character Bergman. He said, "I couldn't think of another name."

In some ways, yes, but I'd already directed three films when he asked me to do the first one for him. I just took it that what I had done was something he really liked and really trusted, and that he saw me as a person who knew what was lying behind his words.

It was good, because I had stopped acting for him many years ago. "Autumn Sonata" was the last film we did together, in 1979. I never thought we'd work together again, and suddenly this came, and it's marvelous. I think few people experience that. You have a love relationship in one field of the arts, and then suddenly you meet many years after and you have another love relationship. And with love, I mean artistic love.

I want to ask you about something you said while making this film. You said, "Unfaithfulness as described in 'Faithless' is not a conscious unfaithfulness or an act of will." I'm curious to know what you meant by that. I would assume you didn't mean that those who commit adultery are without responsibility.

Oh, they're absolutely not without responsibility. But I think so many of us think, like in the film, "Oh, I'll go to Paris and just have an affair in secret, have some fun, and then I'll be more energized, make a better married life afterwards, and we'll all be happy." But those things never happen. The lack of will is that you dream about it, that you make fantasies about it. It's not that you say, "No, I'm going to Paris to be unfaithful to my man, and that is what I'm going to do." It is the childish dream you have that you can make everything better by doing something you probably shouldn't have done in the first place.

Bergman has said that he feels the character of Maryanne is the victim in this film. Do you agree?

No. She set it up. She made it all happen to start with, in a way. There again, I disagree with the woman who plays the lead, Lena Endre. We had been sitting together with a journalist, and she defended her part so much. She understands why it happened. I don't, in front of her, dare to accuse her too much. But we see it differently. And that's because she has to defend something. It's the same with me. If I go out and make a wrong choice, if somebody confronts me with it, it's tough for me not to defend why I did this, because this is what I felt.

That's one of the things that make this film so fascinating. You, the writer and the lead actress can all have conflicting ideas about the film is and what it's supposed to say.

Absolutely. And I've met so many people in the audience who have very, very different views. But that's what a good film is, you know. It's only true in the way one unique audience member watches it. Everybody sits in a movie theater, and they are unique. And you can go out after, and you can discuss [the movie]. You can say, what does it mean to be unfaithful? What is "faithless"? Does it have to do with human beings, or does it mean that you don't believe in the values of the world? Do you think that there's no God that looks upon you? These are interesting things, and you can see it from so many views. So I have mine. But I don't even want to discuss it anymore because I'm also in this film, just as you are when you watch it.

You've done so much with your life creatively. You've written, acted and now directed. Is there anything you'd like to do that you haven't tried yet?

I want to listen, to have time to listen. To have absolute blank time, until it's not blank anymore. And I don't really know what I mean by that. I really don't know what I want to do. The film scripts I have at home are not saying, "Read me, read me." I want to sit and listen.

I think, more and more, we have to look at the world this way, because the world is such an agonizing place to be right now in so many ways. There's so much good we could find, and I think maybe we need to sit and listen a little to see what we want to put down on paper, whom we want as our politicians, what we want to say on the radio, TV and a Web site. We don't listen enough. We just try to press opinions on people.

What you're saying reminds me of the character you played in "Mindwalk." You played a physicist who, at one point, advises the character played by Sam Waterston, a politician who has just lost a bid for the presidency, not to see just parts of problems, but to see everything as a whole. How close was that character to you?

Oh, it was very close to me. Of course, I'm not a scientist, so I wouldn't know all the scientific stuff that I was talking about, but I had a great physicist who taught me, Frijof Capra. But all the rest, those were my words. Sam Waterston, he wrote most of his words, and John Heard wrote most of his words as a poet. We sat in my flat in New York for three weeks and wrote together, and discussed. It was fantastic. We made the movie in a very short time, and I wasn't sure then that I really believed in it, but I have heard much later that this is a real cult movie for a lot of people. It's three people that discuss what it means to be alive. And that's good.

We don't take time to discuss things much as a culture, do we?

Today's media seem to be moving away from that.

In a very dangerous fashion. And it goes quickly. It goes so quickly that, the truth is, we might forget. When our old people die, there may be no remembrance anymore of what is a conversation between two people, and what it means to listen in a conversation and want to be a part of it.

Why do you suppose conversation suffers?

We're so scared. We're so lonely. We feel so on the outside, so it's easier to sit in front of something and just let that thing say things to you. And the quicker the better, so it won't be found out that you need somebody watching you, listening to you, liking what you say and what you are.

Stephan Cox is a writer in New York.