"The Center of the World" is titillating, but it's not sexy. 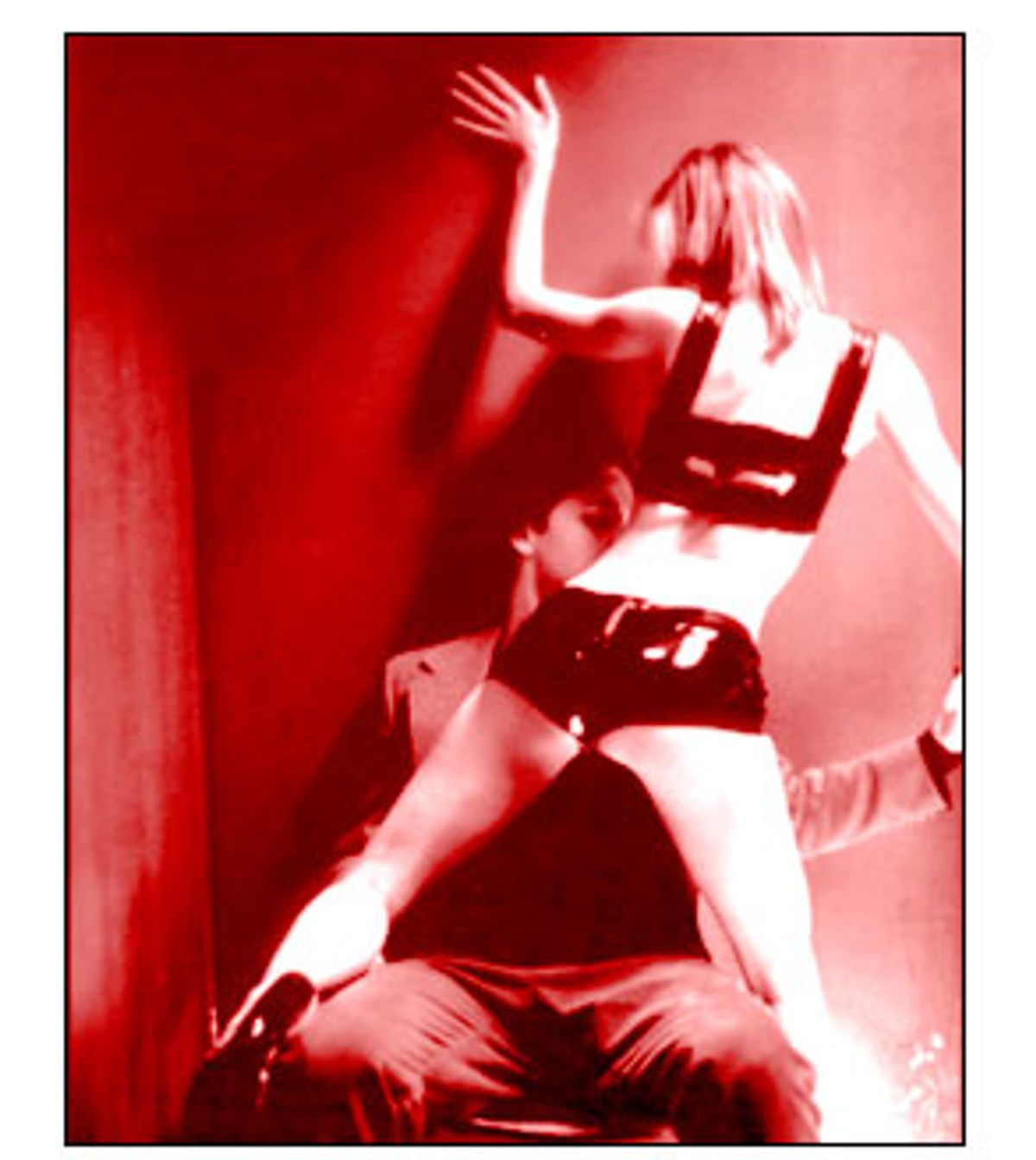 Wayne Wang's "The Center of the World" (set to open in mid-April) begins very promisingly: Richard (Peter Sarsgaard), an absurdly successful computer engineer, hires Florence (Molly Parker), a stripper, to go with him to Las Vegas for three days.

For all his success and money, for all his seeming command of the world through the computer, Richard is an emotional infant. Florence is about the same age, but tougher and worldlier. She has a deal with herself: She strips to earn money to support the thing she loves -- being the drummer in a rock band. In the spirit of such compartmentalization, she gives Richard rules for the Vegas trip: no kissing on the mouth, no penetration and, by implication, no falling in love. But it's painfully obvious from the start that the callow Richard has nowhere else to go, except to fall into the thing he calls love.

So, on the one hand, it's a film about sex. There are brief shots that are technically pornographic; there is also a great deal of sexual acting out -- dancing, writhing, moaning (the code that most films fall back on). Yet we never see Richard's penis or Florence's pubic hair: The apparent "wildness" of the actors is rigorously controlled -- by Wang's shyness or the script's immaturity (or the contracts the performers signed onto). So it's a stretch to call the film uninhibited, abandoned or an amazing realization of sexual pleasure. The movie fails to be explicit, erotically factual or deeply arousing. But it's titillating, exactly because it can't give the characters inner life.

Richard falls in love, and then turns mean in disappointment when Florence insists on the rules. There is a strong hint, too, that she has been falling herself and uses the idea of the rules as a safety net. The couple part. But the film ends with a repeat of their meeting and the suggestion of the arid circle being renewed in further Vegas weekends.

What do I mean by the inner life that needs to be filled in? Well, I thought of a television play by Harold Pinter, written in the early 1960s at the start of his career. It's called "The Lover," and it has just two characters -- a man and a woman. They are married, as the play starts, and very fond. But as the husband goes off to work, or whatever, he wonders whether his wife will be seeing her lover today. Oh yes, she sighs, hardly able to keep herself from the forthcoming rapture. Later in the day she does entertain the lover and it is the husband, of course, but she refuses to recognize him. There is no open sex in the play (there could not be in London in the early 1960s), so the fucking takes place in the only fit and decent place -- in our mind.

Later in the day, the husband comes home, asks about the lover and listens to the glorious interlude recounted. And they flip roles: She becomes his mistress. It goes on and on, and what it amounts to is the portrait of a marriage in which the two people struggle to find fantastical ways to avoid habit or dullness. The play is very funny, but the mood is entirely enigmatic: It is not clear whether these two are in paradise or in hell.

Las Vegas could and should have been a clever version of that uncertainty. But "The Center of the World" has no humor, and no real ambiguity. It does not know a way of seeing the dance in which fantasy and reality never touch or penetrate, but may sustain each other. It thinks that sexual impersonation (actually doing it on-screen -- or seeming to: These actors do nothing) is more erotic than the way people look at each other and talk. It is one more movie that suggests the way film is only viable as a medium for promoting sexual fantasy -- seldom showing the thing itself.