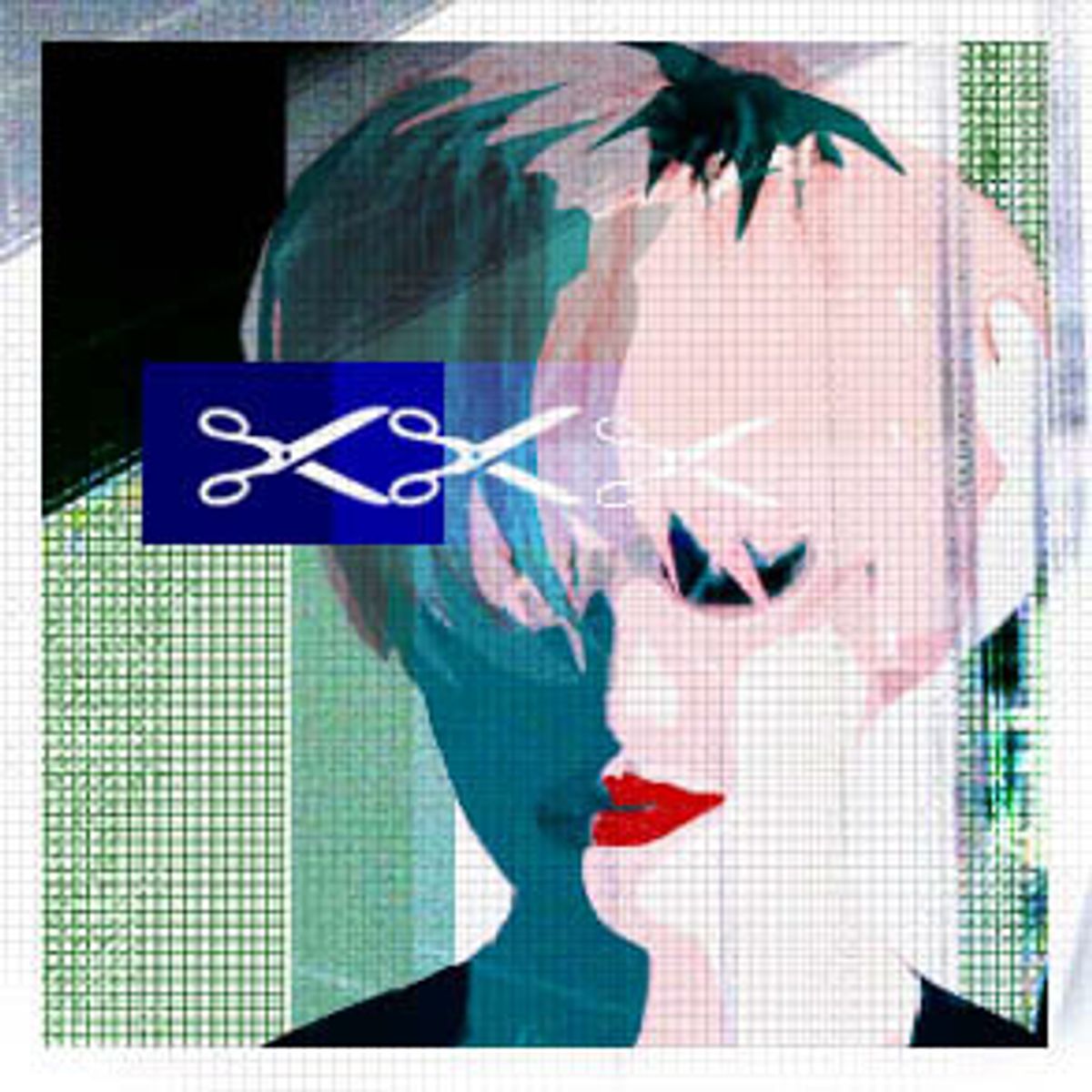 I never thought I'd become a hair whore. I was raised Catholic, in the suburbs. I had too much guilt, and too little fashion sense.

But then I moved to the city and cheated on the first good stylist I had ever had -- the only one who had ever given me truly great hair. And then I cheated on everyone I had cheated on her with. For two years, I never visited the same salon twice. Each new stylist became the next fix, the steppingstone to a better life, with more lift in the roots.

I wandered in the wilderness. Then I went crawling back. This is my story.

Donna was my upstairs neighbor in a building where everyone but me and my roommate is a hair professional. To me -- a 27-year-old recent transplant to Boston from Albuquerque, N.M. -- her salon was an oasis of chic. The elevator opened up right into the middle of the salon, and everyone wore black. On Saturday mornings, the blonds came in to get their roots done -- a line of perfect tinfoil heads bent over W magazine. I used to dress up just to go there.

Donna took me under her wing, and freed me of my bob 'n' bangs. She asked me to be her hair model and gave me a 30 percent discount. Under her watch, my hair spoke for me. It said "stylish" and "smart." It did not say "I used to wear denim jumpers from Eddie Bauer." Which I did, with Birkenstocks.

Then I started working at a city magazine, where the only real perks were the haircuts that we expensed as "research." I was an eager puppy, and took it as God's gospel truth when a colleague mentioned that Donna's salon was cool, "but that was five years ago." I ran screaming to the fashion editor, who packed me off to my first cheat, named James.

James gave a good cut, but he began sticking tongue into his "kiss-kiss-hello" routine. Then came Giacomo, then Angelo, then Jamie, then Devon, then Christopher, then Pierre, then Gina. Giacomo was fine, but Angelo was sexier. Angelo was a terrific flirt and good stylist, but it was too hard to get an appointment on short notice. Jamie did the most meticulous highlights I'd ever seen, but he picked the wrong color, according to Devon, who was fabulous, when he wasn't in Europe. Christopher was no Devon, and Pierre seemed to hate Americans. Gina just seemed to hate me.

At some point in this cycle, it occurred to me that all I had to show for my efforts was overprocessed hair. But the wooing was lovely: the earnest discussion of my "new look"; the head and neck massage; the "you have great hair" line; the stylist's eagerness in handing me the mirror to see the back of my head. I felt a little cheap, but I couldn't get past the high of the courting phase.

All this time, Donna and I were separated by a thin layer of wood floor and plaster ceiling. Sometimes I'd open my front door, only to duck back in when I heard her coming down the stairs. I pretended not to see her walking her dog in the park next door. Sometimes I awoke late at night to hear her making love to her husband. One time I heard her crying. Then another hairdresser moved in downstairs. Her ceaseless rave music -- the same music that plays in every salon, everywhere -- came up through the floorboards like some techno telltale heart. I was a pathetic, haunted creature. And my hair looked bad.

It all came to a head when I ran into two former stylists in Provincetown -- and they were together. Even worse, I couldn't remember one guy's name, though I did remember Pierre. "Quick!" I shrieked to a friend. "Hide my hair!"

After a week on the beach, my cheating tresses had been ridden hard and put away wet, and in my panic, I figured the least I could do was try to look nice. But the truth was, I knew my game was up. My past was catching up with me.

People in recovery programs call this part hitting bottom. I was starting to believe that the stylists could tell I was a hair whore just by looking at me, and my last few cheats were tainted by guilt before I even sat down in the chair. "Do whatever you want," I'd say, gesturing helplessly at my head. The honeymoon was over before it even started.

Being a run-of-the-mill lapsed Catholic, I think my last confession was lisped through a retainer. But old habits die hard, and I began to think that I might be able to wash away my sins if I could arrange a heart-to-heart with a former stylist. Maybe I could make amends, or be absolved. I called Pierre, the American hater.

He looked great. His hair was longer and fanned out around his face in a way that made him look like a magnificent disco-dancing lion. He also seemed a lot nicer. In one gush, I explained about Donna, and how I wanted to give up my game, and how even though I really liked his work, she was the one for me. I didn't mention the run-in in Provincetown. But I did ask him how he liked my hair. "It's nice," he said. "I like it. It's a low-maintenance cut, right?"

I also asked him about hair whores. Did they, I, hurt his feelings? "Yes and no," he said. "Only when they keep praising you and then all of a sudden go. But otherwise, I'm over that."

Pierre said that he only felt like a client was "his" after four or five appointments. But he figured his lapsed clients probably felt worse than he did. "I think these hair whores you refer to are looking for a better life," he said. "Something they have pictured in their minds that isn't possible. Something that doesn't exist."

I went back to Donna five months ago. She's at a hot new salon now, one so pure white and minimalist that you don't even see a hairbrush if it isn't in someone's hand. Donna said she was glad to see me, apologized for her yippy dog and offered to feed my cat when I go away. She cut, I cooed. She charged me full price.

Amy Traverso is a writer and editor living in Boston.