"Your One Good Dress" 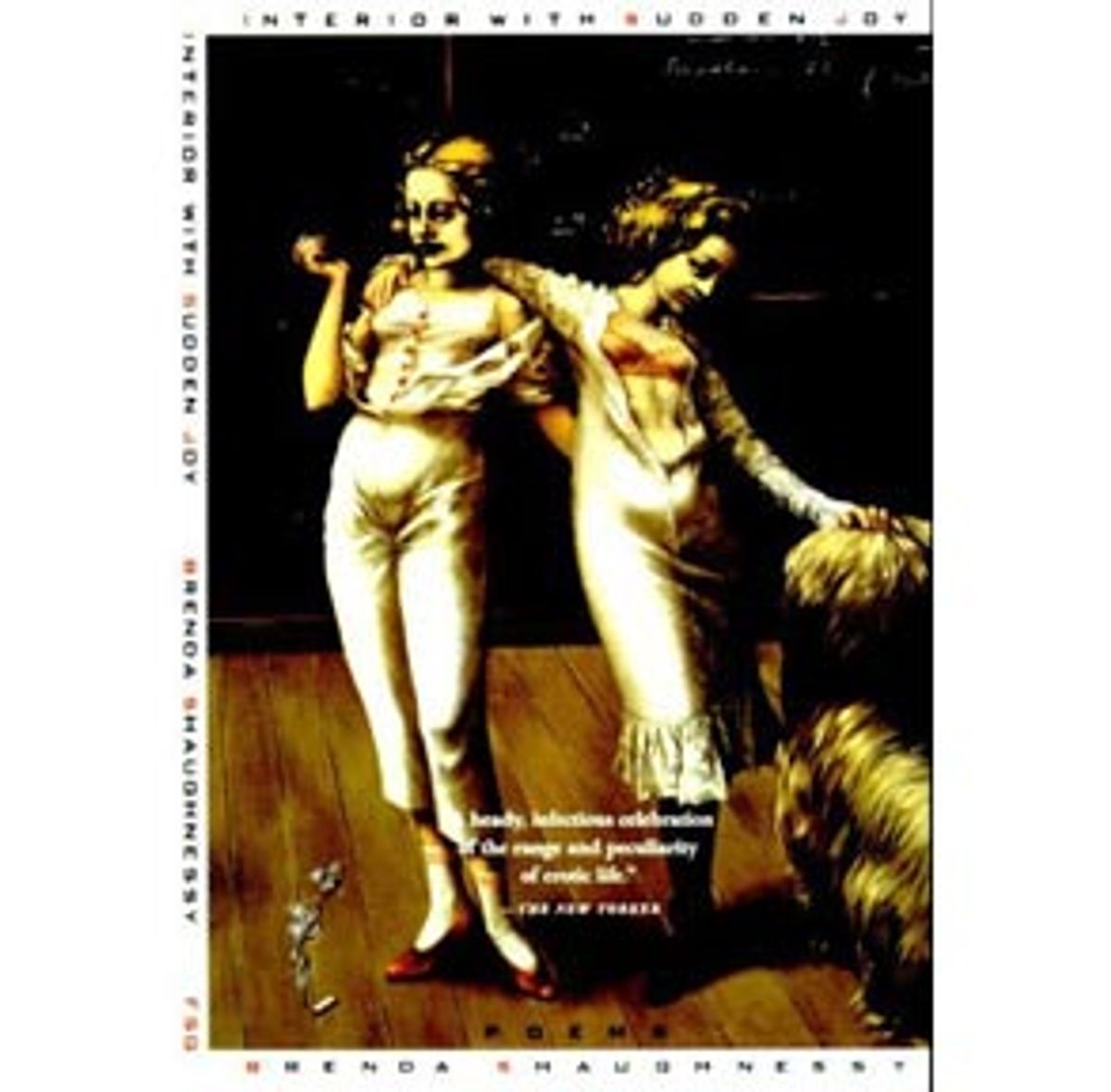 Brenda Shaughnessy was born in Okinawa, Japan, and grew up in Southern California. Her first collection of poems, "Interior With Sudden Joy," was published by Farrar, Straus & Giroux in June 1999, and was a finalist for the PEN Joyce Osterweil Award, the Norma Faber First Book Award and the Lambda Literary Award.

Shaughnessy's poems have appeared in publications such as the Paris Review, Yale Review and the Boston Review. Her essays and profiles have appeared in the Village Voice, Publisher's Weekly and American Poet. A graduate of Columbia University's writing program, she currently lives in New York.

Listen to Brenda Shaughnessy read her poems "Dear Gonglya" and "Your One Good Dress," recorded at the SubTonic Lounge in New York.