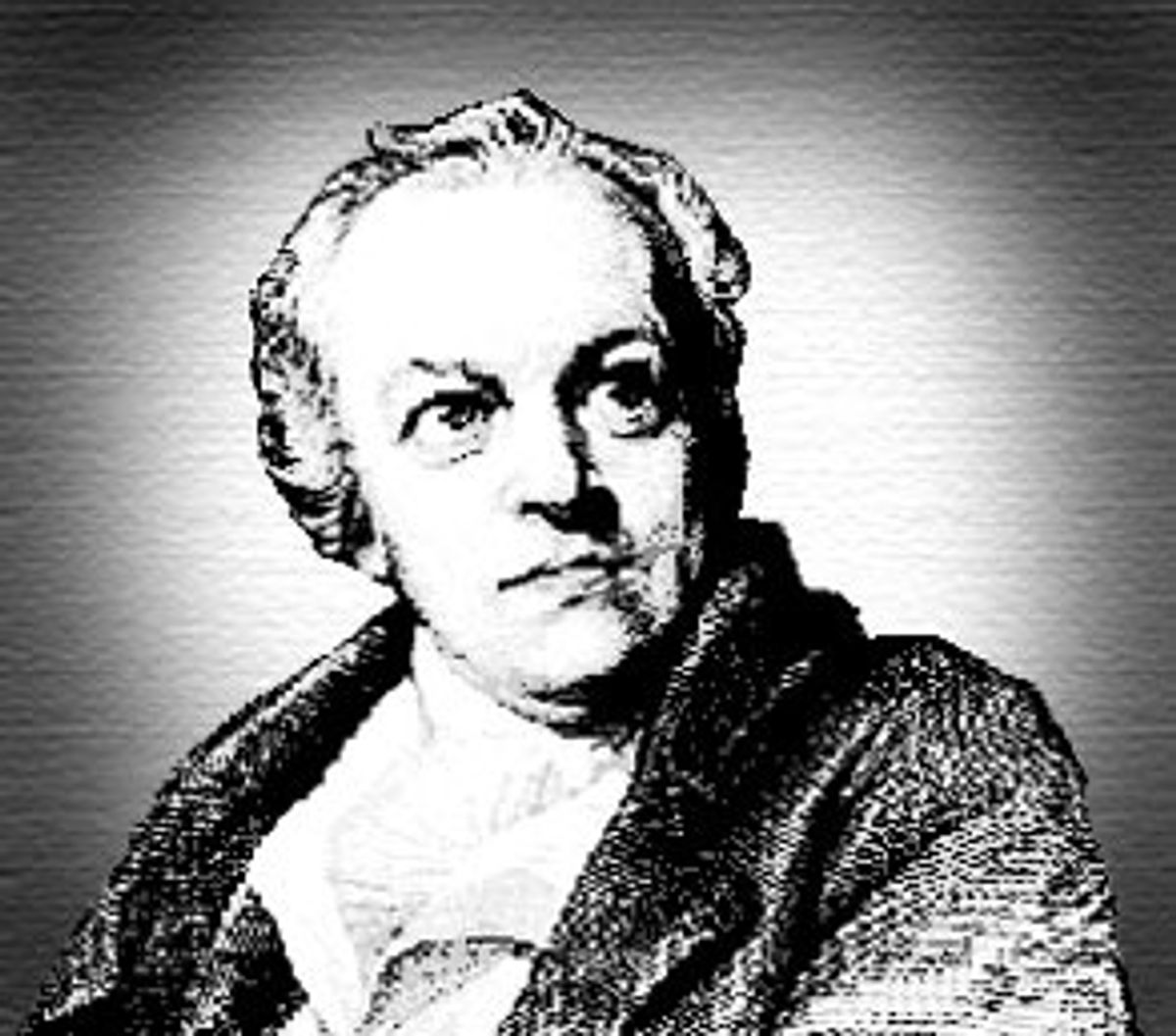 William Blake was born in London on Nov. 28, 1757. He began writing poetry at the age of 12 while he was away studying painting. When school became too costly, Blake became an apprentice to an engraver for several years before studying at the Royal Academy. In 1789 he published his most popular collection, "Songs of Innocence," and followed it, in 1794, with "Songs of Experience."

Considered a nonconformist, Blake associated with radical thinkers of his day such as Thomas Paine and Mary Wollstonecraft. He is known for his defiance of 18th century neoclassical conventions, his poetry privileging imagination over reason. Though determined not to sacrifice his vision to become popular, Blake also believed that his poetry could be read and understood by common people.

Blake spent his final years in great poverty, though he was cheered by the friendship of a group of young artists who called themselves the "Ancients." He even received financial help from John Linnell, a young artist who also helped to create new interest in his work. Blake died in 1827.

Listen now to this recording of "The Garden of Love," courtesy of HarperAudio.