Stuck in the middle

Without any clear defenders -- and plenty of detractors -- the Bush budget looks awfully vulnerable. 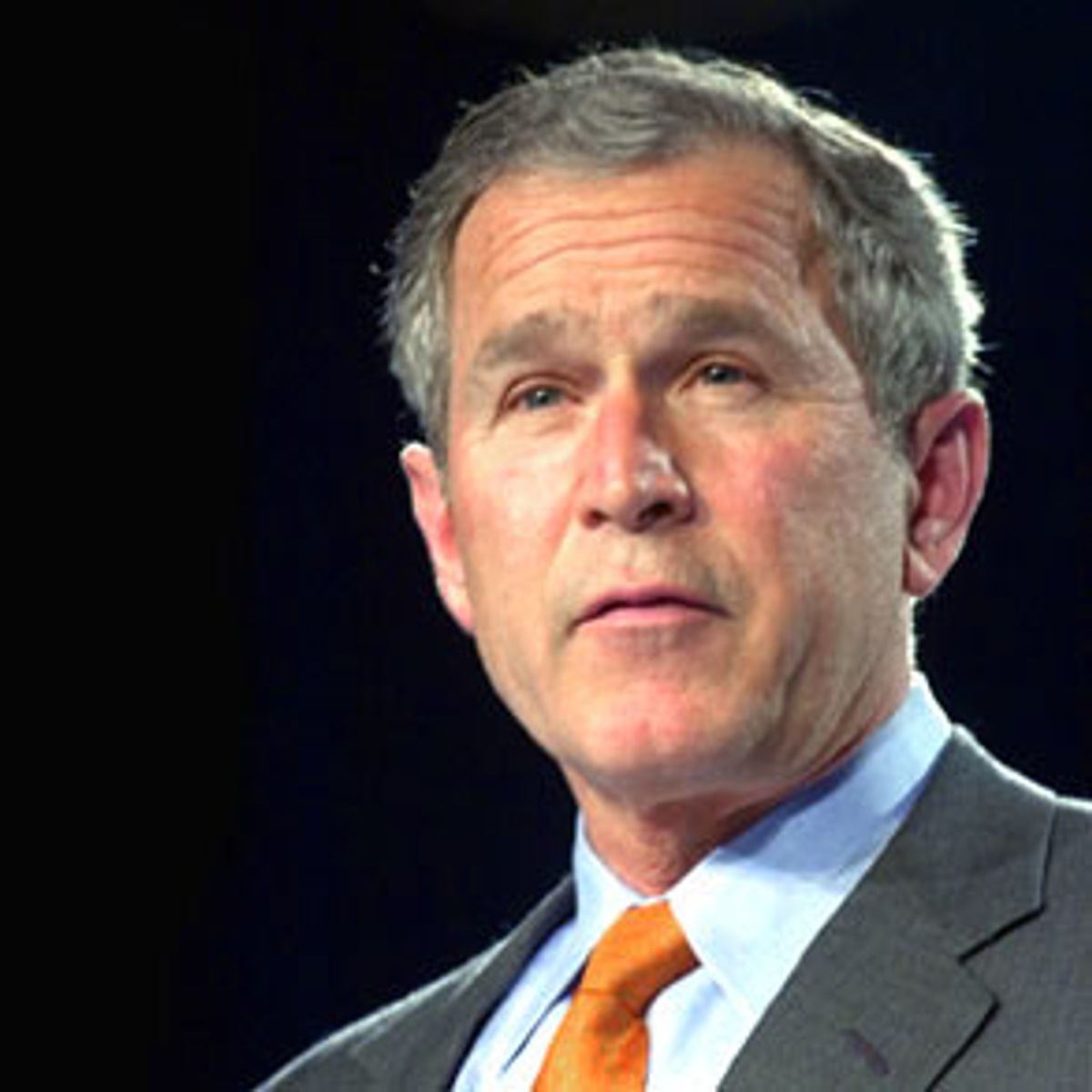 It's one day after President Bush offered his $1.96 trillion budget plan and the buzz has, for the most part, all but petered out.

Congress and critics had waited a long time to sink their teeth into the specifics of the budget. Ever since Bush took office, Democrats had complained that, while he stubbornly clung to the idea of a $1.6 trillion tax cut, his plan to pay for it consisted of little more than some fuzzy math.

But since the $1.96 trillion budget plan was delivered to a vacationing Congress on Monday, critics and even administration allies have been underwhelmed. Rather than a bold statement of the new president's vision, or even a bold statement of his conservative values, the Bush budget made a meek entrance, characterized most by all-around ambivalence.

His budget is stuck in the middle. And while that might also be where most Americans consider themselves to be politically, it's not the ideal position for the new president's first budget, bereft of any strong advocates coming from any direction.

There are certainly enough cuts -- specifically to environmental programs and social services -- to give Democrats something to sink their teeth into. At the same time, the cuts aren't really enough to satisfy conservatives, who, according to Daniel Mitchell, a senior fellow at the conservative Heritage Foundation, wanted "real spending cuts, not these sort of phony Washington cuts where if you don't increase spending as fast as someone wanted you to you're supposedly throwing widows into snow banks."

Bush also trimmed corporate subsidies -- loan guarantees to entrepreneurs through the Small Business Administration, another loan guarantee program aimed at American shipbuilders, a major cut in funding for the Export-Import Bank -- just enough to give some business groups pause, says Allan Lichtman, a presidential historian at American University. But it wasn't enough to draw much more than tepid support from groups that make it their job to rail against corporate subsidies.

Lichtman believes that the Bush budget is, in many ways, a typical first budget -- nothing too flashy, and played fairly safe. But Bush, Lichtman points out, was hobbled before even sending forth his budget. With his tax cuts passing the House last week a disappointing $400 billion below his hoped-for $1.6 trillion over 10 years, and its chances not looking particularly strong in the House, the cornerstone of Bush's economic plan had already begun to deteriorate. On top of that, Bush's approval ratings are not especially high, while his negative ratings are. In a CBS News poll earlier this week, Bush's approval rating stood at a meager 53 percent, while his disapproval rating grew to 35 percent from 22 percent just last month.

"His public standing isn't so great. His approval numbers are quite low -- below his father, and even slightly below Clinton's for this point in his term," Lichtman says.

Plus, Lichtman points out, now there's the China distraction.

The China crisis, says Allen Schick, a visiting fellow at the more liberal Brookings Institution and a professor of public policy at the University of Maryland, reinforces the impression among congressional Democrats -- and, potentially, many Americans -- that Bush has been politically neutered. "If he doesn't get those Americans home within the next two weeks, I don't see how his budget plan can escape some serious damage," Schick said. "It makes Bush look weak, and it makes the nation look weak. That's something that Americans just don't like."

Plus, according to University of Texas economist James Galbraith, there could be additional "hidden cuts" that, when they are announced, will not bode well for a budget already stalled at the gates. Bush, according to Galbraith, has left his military budget undefined, pending a top-to-bottom review of Defense Department priorities. When that review is completed -- and it's likely to ask for more Pentagon spending, as most reviews do -- Galbraith believes that the Bush administration will then try to sneak in an additional $200 billion in discretionary spending cuts. "I don't know why they think that they can get away with what Reagan did," he said, "boosting defense spending and slicing everything else."

Lichtmann also believes that Bush's early record and budding identity as an archconservative -- backing away from the Kyoto treaty, dumping a Clinton order on workplace ergonomics rules and banning funding for overseas abortions -- could create the type of hostile climate that will create bigger issues out of Bush's $500 million budget reduction for the Environmental Protection Agency and $190 million cut for research into renewable energy sources than the White House could have ever dreamed. Laura Chapin, spokeswoman for the Environmental Working Group, claims that these cuts reflect Republican tendencies to underestimate the popularity of certain government programs. "They just don't understand that there are some things that the American people are willing to pay for," she says.

Mitchell doesn't believe that the budget picture is quite so dire for Bush, and insists that the president is being hurt less by his administration's diplomatic shortcomings and more by his refusal to start fighting on budget matters. If the president, Mitchell offered, were willing to attack moderate Republicans and conservative Democrats for being out of step with their constituents on tax cuts, he would encounter far less resistance.

But that won't help him if would-be supporters interpret "nice" as ineffectual -- especially since another portion of the population is gradually becoming convinced that the famous smirker might not be so nice after all.