Michael Jordan's rumored return to the court sounds like a great idea for the NBA. It isn't. 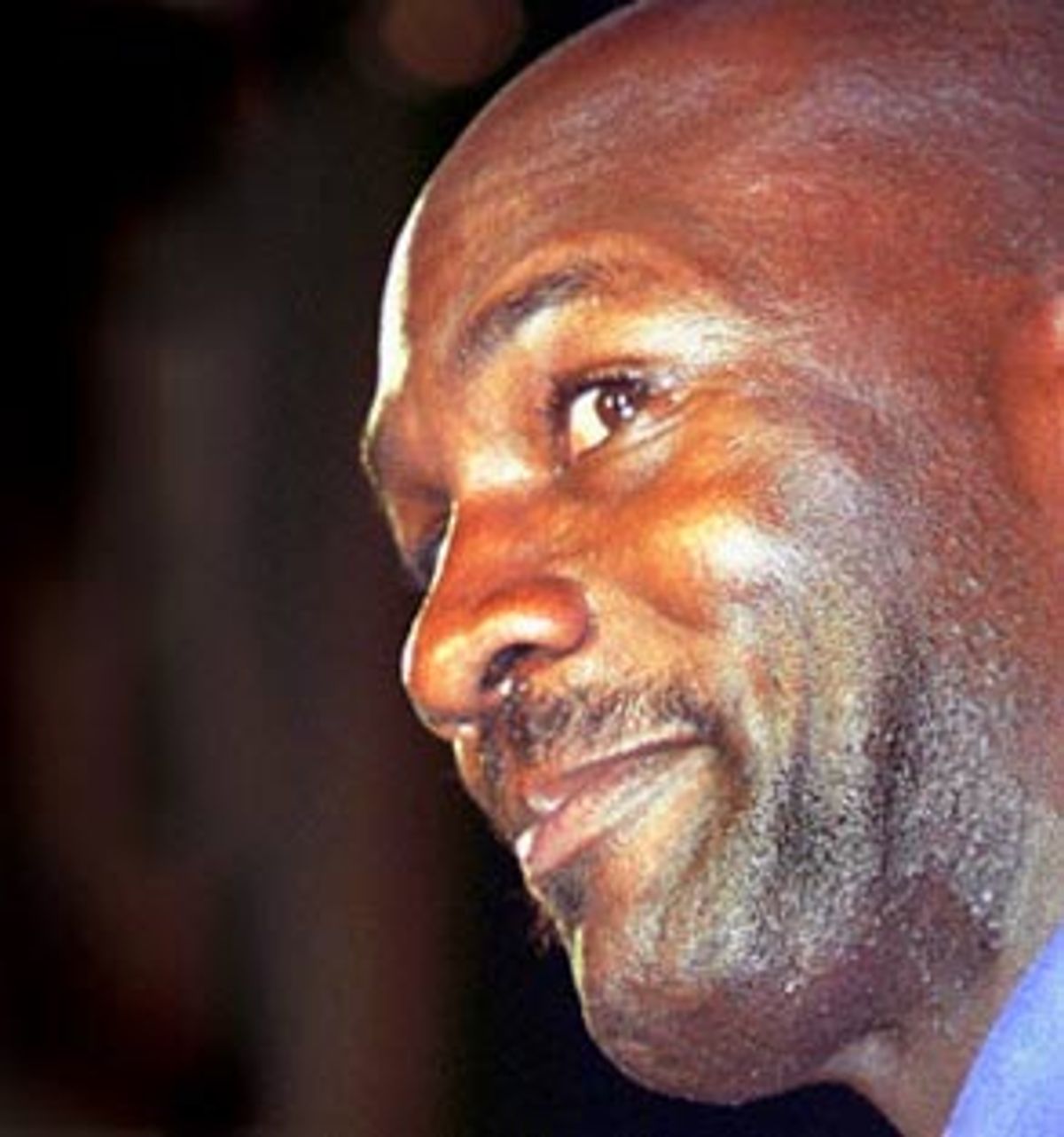 I am not positive that it is a bad idea for Michael Jordan to return to the NBA as a player, but I am 99.9 percent sure.

Let's take a look at the two possible scenarios that could come out of this. First, Michael comes back in a blaze of glory, invigorates his Washington Wizards, leads them to the NBA championship, and in the process yanks pro basketball ratings back into the stratosphere. Great for the NBA, right?

No, very bad for the NBA. If Jordan came back, how much longer could he play? One more season, max? So what will the league be left with then? An entire generation of players who will be remembered as overpaid, egocentric washouts who couldn't beat an old man who had been retired for three years. That will do wonders for the players' self-esteem, to say nothing of what it would do to the league's image. When Jordan retired for the second time, he wouldn't be leaving behind a secure-looking league ready to capitalize on his legacy, he'd be leaving behind a league that had crashed and burned and become a virtual laughingstock in professional sports.

The second scenario is that Jordan is no longer capable of running with Allen Iverson and Kevin Garnett and Kobe Bryant and ends up embarrassing himself. Does this improve the NBA's image? It most certainly does not. What do you want to bet that a majority of fans around the country would cease to root for the local team and start rooting for Michael? Or, forget the local fans, what if a majority of fair-weather fans return? You know, the ones who only began noticing pro basketball when they recognized Jack Nicholson under those shades at the Laker games? What if they came back and rooted for Michael and against every team he played against? Is that what the NBA really wants: a vast audience rooting against every team they are trying to promote?

Am I missing something? Is there a third scenario here? Here's a suggestion: Let Michael pick an All-Star team of 11 other players from around the league, his choice, anyone he wants, and barnstorm around the country, playing all the other NBA teams and, presumably, kicking their butts. In other words, Michael and the Jordanaires -- they can have that name for free -- would become the new Harlem Globetrotters, with everyone else taking the role of the Washington Generals. And this time they wouldn't need to use white guys.

Has everyone connected with the NBA these days gone nuts? Is it possible that everyone from the commissioner's office on down to its greatest ex-player needs mandatory drug testing? Is there a worse possible plan for kick-starting the league than bringing Jordan back? Is it possible that NBC Sports chairman Dick Ebersol doesn't understand that Jordan worship isn't the solution to the NBA's woes, but the problem?

The NBA made its devil's bargain many years ago when it went for the national TV buck at the expense of everything else. National TV markets demand regularly appearing superstars, and those have to be promoted above the level of the game itself. And the results of this strategy, which should have been obvious from the start, have now come home to roost: The three most famous basketball players in the world, probably, are the three the NBA based its promotion around 15 years ago: Magic Johnson, Larry Bird and Michael Jordan. Those three are still doing fine; it's the rest of the league, the one represented by the guys who aren't retired, that is in a slump.

What is truly absurd about the rudderless state of the NBA in 2001 is that the game's marketing folk should be so out of touch with its potential audience at precisely the time when the overall talent level in the league has never been higher. I'm not saying that some of the fundamentals aren't a bit more ragged at the pro level than they have been in the past, but have you ever seen so many good players at so many positions as the current NBA can boast? I haven't.

I don't think the talent level in basketball has been "thinned" out any more than in baseball; I think there are millions more kids playing basketball now than at any time in history, and that the influx of foreign players has produced a depth that was unknown 40 or 30 or even 20 years ago. I can't understand why the NBA doesn't simply promote itself on the quality of the talent rather than trying to focus on a couple of marquee names.

Come to think of it, maybe that is the intention behind the rules changes announced last week, to make the game more team- and less star-oriented. If so, I hope they succeed. If so, though, it's going to take a radical change in the contract bargaining tactics of both sides to make this work. The new rules are supposed to promote passing at the expense of gunning.

Well, OK, but right now they are paying Kobe Bryant and Allen Iverson to score. If they increase their assists by, say, four or five a game and lose, oh, maybe four or five points per game off their scoring totals, the owners had better not try to tell them at negotiating time that they're going to dock their salaries. (Such is a common ploy in contract talks by sports management; you ask a guy to switch from, say, third to second in the batting order to help the team by moving runners along. Then, after he has done exactly what you asked him to do, argue at contract time that he must take a pay cut because he produced fewer RBIs.)

If David Stern and the NBA really want to revamp the game from the ground up, if they are serious about restoring discipline and teamwork, then I think the majority of fans who have drifted away from pro basketball can be won back, and that new ones will be made. But meanwhile, please leave us with the image of Michael Jordan that we already have.

The seventh edition of "Total Baseball" is out from Total Sports Publishing, and, really, I don't know how you can live without it. Not only does it include the complete batting and pitching records of every big league player who ever lived -- yes, Archibald Wright "Moonlight" Graham's sole big league appearance for the New York Giants in 1905 is preserved for all time -- it has season-by-season leaders, rosters and stats for every team since the Civil War. And there are also comprehensive essays on women in baseball, the minor leagues and black baseball, as well as a hundred other features. It isn't a book you'd take to a desert island, it's a book you'd go to a desert island to read. It's baseball's Old and New Testament in one volume.