Diesel gets in our face with fashion and fantasia. Or is it weird pants and surreal blasphemy? 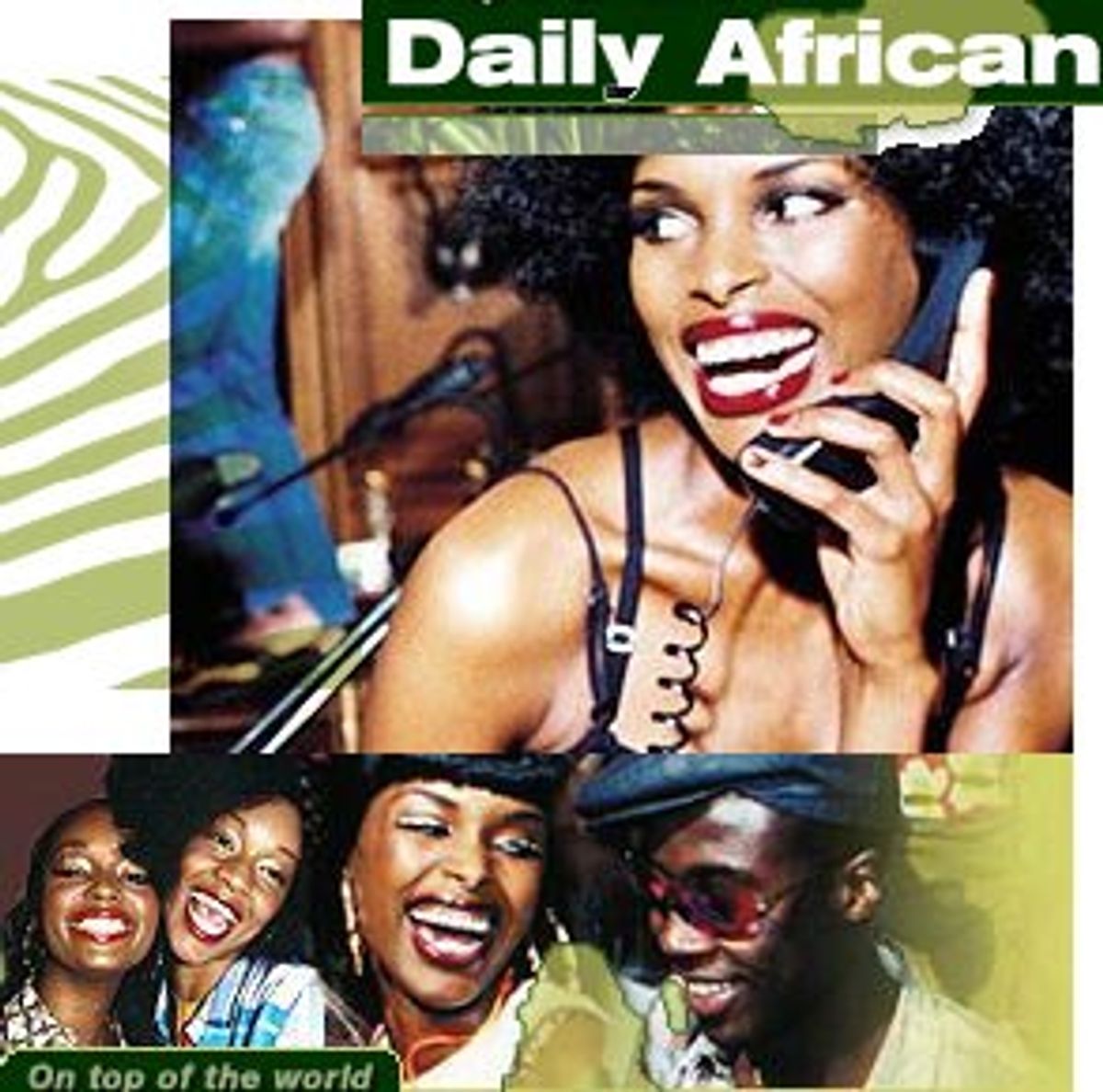 Earlier this month, I saw a two-page layout for Diesel jeans in Details magazine. It's the only thing I still remember reading in it.

Eight young people sit in a crowded outdoor courtyard, wearing bright, colorful and scanty clothing. They have muscles, curves and even, glowing, dark brown skin. They could be cousins to fashion runway models like Alek Wek or Tyson Beckford or any one of this month's more handsome, charismatic chart-topping hip-hoppers. Most are smiling or laughing; one man clutches a champagne bottle.

No one I know dresses or acts like this in real life. I never get invited to parties like these, where the clothes look like a dashed-off take on what some corporate designer thought the hip urban youth of today should be wearing this summer. The look that these Beautiful People are fronting isn't hip-hop swagger, retro appropriation or athletic/surf, but it somehow manages to borrow elements from all three styles without getting caught stealing outright.

The most prominent must-have in the line is "snow bleach" jeans (if one can't wait until after Memorial Day to begin wearing white in public). The Diesel "fashion expert" tells us that denim is the new black, a statement packed with off-color irony when you consider that the pants are white, the models are brown and the conceit of the whole marketing campaign takes surreal and heretical liberties with all things black.

Over the ad (well out of the way of the models but definitely in your face) floats a newspaper called the Daily African, described on its front page as "Africa's biggest-selling quality daily." Its headlines blare startling news: "Birthrate booms in Italy and Spain. Europe set back even further." The lead story's sub-headline continues: "With an average of 8.7 children born to every Italian woman and an annual GNP per capita below AFRO 45, there is a high risk of looming tragedy in southern Europe." The highlighted quote: "The local liquid drug Grappa may be blamed for high sexual activity."

It's a triumphant escapist fantasia. Or maybe it's a symbol-savvy script-flipping of Africa's image as an unstable, HIV-stricken, famine-ridden post-colonial locus where things fall (ahem) apart. Or is it ad copy for the African Union, the continent-spanning organization that Libyan leader Moammar Gadhafi, with visions of rivaling the European Union in influence and respect from the West, is trying to foster with gestures of goodwill and oil money? Maybe it's a take on two trends: the awareness of African diasporic youth as fashion and music trendsetters; and the new economy's speedy upward trajectory and subsequent bumpy descent.

At the paper's Web site, the top story describes an African telecom CEO's upscale celebration after her deals to offer cellphones in Germany and England sparked a record rise in the stock market.

In the Daily African -- in the Diesel ad and on the Web site -- one sees the African continent upside down and the whole world turned topsy-turvy, as if the Global South, rather than North America, Europe and the Pacific Rim countries, were suddenly leading the planet in resources and standard of living. We find the beleaguered continent literally on top of the world and outside of the forces that have influenced its last few hundred years -- colonialism, the Afro-Atlantic and the Islamic slave trade, to name a few.

The one wrong note in this style spin would be the peppy promotion of animal print. "Animal print is back in with a vengeance," says the Diesel style guru. "In fact, it's the new black." (Can there be more than one new black?) "So lavish your legs with leopardskin, tease your torso with tiger and zip up with zebra. But don't overdo it. The scantier the better -- let your body do the talking and be a predator out there."

This is when we begin to edge toward some very uncomfortable territory, especially if we are African-American. After all, negative stereotypes about savagery and wildness have long dogged African representations in Western culture. They may not have stopped Josephine Baker from her famous club routines, and Sudanese beauty Wek has been known to flaunt some hides. But even she had this to say about the issue of black models as exotics in an article in the September 2000 issue of Essence magazine: "I've done the leopard skin; I'm not ashamed of my culture, but it has to be right," she says.

Aesthetic blunders aside, ads like the Diesel fashion blasts do the job they set out to do: They make me rubberneck for a moment or two before I flip ahead to read the "articles," which were the reason for my impulse purchase of the magazine in the first place. Under fluorescent lights inside the 24-hour newsstand near my apartment, it's a tableau reenacted at least twice a month: I walk in, I browse the aisles and buy a bright-yellow plastic bag full of glossy paper and subscription inserts. Then I leave. I call it research, my wife calls me gullible (usually with one eyebrow arched behind the one magazine she usually purchases during our visits) and things proceed apace.

Advertisements that toy with accepted social and political issues rarely go mainstream, except in rare cases: French engineer Louis Reard topped Cannes couturier and fellow countryman Jacques Heim's "Atome" bathing suit by naming his own swimsuit design the "bikini," in hopes of having an explosive effect on women's swimwear just as U.S. nuclear tests were having their effect on the Pacific Ocean's now-infamous atolls. In the last 20 years, the most common reference for cosmopolitan mass-marketed designer fashion would be Oliviero Toscani's United Colors of Benetton campaign, which began by referencing serious topics like racial prejudice, religious strife and AIDS awareness before veering farther over the edge in recent years with unflinching images of AIDS patients, war scenes and death row models. (And selling loads of goods in branded shops around the world all the while.)

But despite the occasional (OK, way more than occasional) clunker of an image, it's good to see a campaign that reminds me that ads aren't just evil objects and visual pollution I must ignore at all costs to my sanity. It's a pleasant idea, putting aside the Naomi Kleins and Kalle Lasns of the world for a moment, to reflect on a company that seems to be trying to take the unpleasant geopolitical inequities of the world and acknowledge them in the process of communicating to me and millions of others.

And no, OK, Diesel's campaign isn't going to make me buy its jeans. I'll admit this one's catchier than last year's campaigns, with Joanna the singing cowgirl and the whole "luxury of dirt" selling point that attempted to play with (and off of) trash-TV truths and tabloid tropes, or the King Frank spokesman thing (about whom frankly, my dear, I couldn't give a damn). I wasn't up for the warmed-over "Natural Born Killers" chic -- but I'm not so down with the Daily African that I'm going to pull on a pair of those goofy snow bleach pants. The message is cool, but the new black isn't ever going to be white.

George Kelly is a copy editor at Salon.