Success and failure of a Southern man 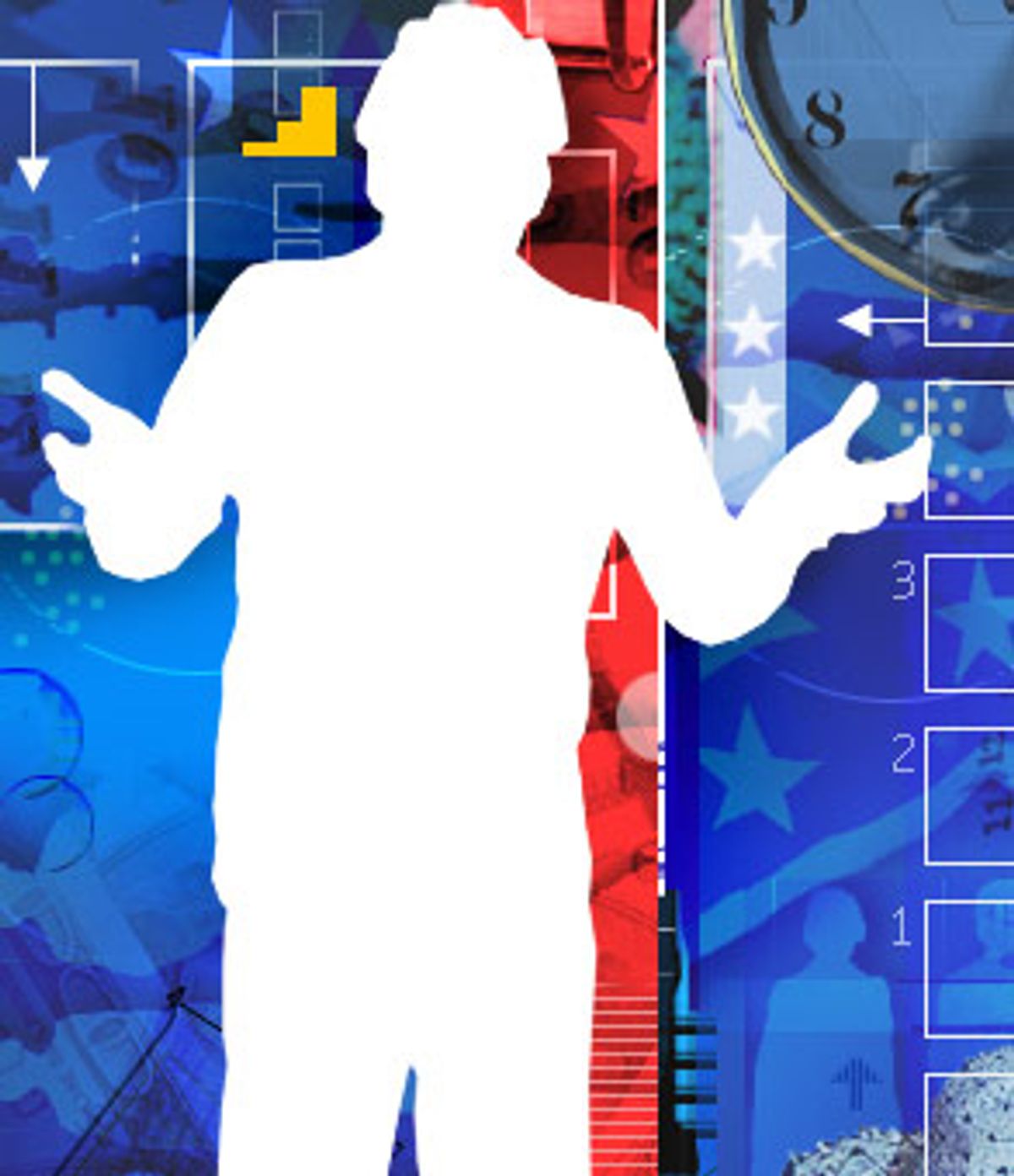 My mother says the South lost the war and that explains why my father chases UFOs, why my brother blew shrimp all over the track instead of winning the state championship in the mile run, why none of us can drink like grown-ups and why in some perverse and doomed inversion of the American success story we burrowed deeper and deeper into chaos and depravity with every real estate transaction until at the end my brother was living in his van, my father had a one-room in-law in the back of a retired woman's house and my mother had bought land in Virginia and was living in a tent.

Why my family should have wandered like dust bowl scarecrows through the Florida wilderness I do not know, but wander we did from shotgun shack to ramshackle rented cracker box to eventual cinder block suburbia, slouching micron by micron toward a third-rate Bethlehem of crabgrass and mildew, all seven of us reading Harper's and the New Yorker in armchairs slick with age and damp with Florida's 100 percent humidity, proud like apes in our Bermuda shorts and T-shirts, my father spouting occasional Latin and shivering with laughter at negligent, aggravated puns that in five states warrant the death penalty.

And my mother, who still has no running water or electricity, says it's because the South lost the war.

It's a long and complicated argument the gist of which is, I think, that the defeat in the Civil War left a generation of men who could not admit defeat and therefore could not attempt victory, and a generation of women who took it upon themselves to shield the men in the family from the reality of their defeat and thus from reality in general, leaving them to repeatedly attempt the extravagant and fail rather than calculate their chances and take reasonable whacks at victory. And this generation, in attempting to shield future generations from their own ignominy and failure, lied and pretended on through generation after generation, thus producing the hothouse artificiality of Southern high culture and the defeated, impossible ignorance of Southern racism and poverty out of which only now is the South crawling on its belly like a recently awakened gator.

Another way the defeat of the Confederacy percolated like arsenic in groundwater through layers of porous culture was the identification with the loser, the underdog, the bedraggled, starving soldier too proud to lick his own wounds, looking for somebody to lick them for him. The licking of wounds not her own became a staple of the Southern female's diet, according to my mother (whose idées fixe included an imperturbable hatred of the Plymouth Rock settlers so intense we could never celebrate Thanksgiving on Thursday but had to pick Wednesday or Friday in honor of the classier, more intellectual, less Yankee-Puritan Jamestown settlers).

In my family, to be a victor, especially a business success, was to be a vain, puffed-up, striving mediocrity. To be a "good person," however, was to be a loser: sensitive, intelligent, well-read but unjustly beset with problems probably caused by Yankees.

So, given this history of extravagant failure and wild hypothesis (my father, in between putting Shakespeare's sonnets to music, interviews alien abductees and theorizes on the origins of man in outer space), success has become for me a matter of simply showing up and doing the paperwork. I may have my share of extravagant gifts, but survival -- success in the material sense -- has meant keeping my feet on the ground.

Because paperwork is tedious I have taken to heart certain football mottoes I have heard on television: Take what the defense gives you. It's a game of inches. Wise words from huge men of great brutality warm my heart. They keep me moving forward through the gray stuff that made Sartre, like my brother the miler, throw up inopportunely. So I go with Sherpa-like perseverance from one stupid little thing to the next, one perhaps negligible but at least achievable victory at a time.

This is not easy, because in high school when the mediocre, plodding scions of hardware stores and insurance brokerages took their places at the heads of walnut veneer tables and took us sponge by bucket through the arcana of car wash finances, I found it impossible to sit still, and my brief experiences with student government left me with permanent murderous impulses toward those who govern. It was of course my own impatience with minutiae, but it was also because the mundane threatened my vision of a world made of nothing but wit and song, where the elegant sing and dance in a club so sleek it looks like a dream, and where the percents are added up in the backroom so the party can continue till dawn and beyond.

Of course it took a while to learn the lesson almost all extravagant souls learn: You have to do the paperwork yourself. If you don't, someone with half your talent but twice your tenacity will take everything you own and most of what you're just paying the interest on.

And that's how the world fills with extravagant failures and mediocre successes: Any slob can succeed; it takes a real genius to fail.

I went to a mediocre college where my father was working and could get me in cheap. A professor there was teaching a great course in Japanese literature in translation (there are always smart people even in dumb places). Japan, in its artificiality, its concern with social rank and honor and its status as a defeated and misunderstood land, kind of reminded me of the South. Around that time a book came out by historian Ivan Morris called "The Nobility of Failure." Its title crystallized for me my romance with chronic underachievement punctuated by spectacular blunders visible for miles. It set a little voice going in my head: There is something ineluctably noble about abject failure.

An excerpt from that book is illustrative. It concerns the attempt of two friends to end their lives together:

When the boat was about a mile into Kagoshima Bay, the two friends went to the prow. The other men on board supposed that they had gone to admire the magnificent moonlight scenery, but in fact they were exchanging farewells and writing their obligatory death-poems. These preliminaries completed, Saigo and his friend leapt off the gunwale. A contemporary print shows the white-robed priest and his young samurai companion as they are about to hit the water; their grim, determined faces are brightly illuminated by the full moon, while further back in the boat a companion sits playing the flute, serenely unaware of the tragedy that is being enacted a few feet away. Shortly after the loud splash was heard, the crew sighted the two bodies and, having hauled them out of the water, brought them to a hut near the shore. The priest did not respond to attempts at artificial respiration; the burly young samurai, however, was still alive.

There's nothing sadder than a guy who can't even die. The 50 percent success of a suicide pact is about as good a sketch as any of how fate's indifference can compromise even extravagant failure. And it adds new complexity to the question of whether the glass is half-full or half-empty. Which would you prefer, sir, given your druthers? And given that your druthers are likely to be ignored, are you even going to state a preference?

Anyway, the more I thought about this failed suicide pact, it came to symbolize the warring self. OK, I know, that sounds cheesy, and in my family somebody's already guffawing. But the quest for honor and style requires a kind of self-murder. It's always a messy and incomplete job. And those of us with extravagant souls, perfectionist tendencies, romantic, Utopian notions, we're the ones most likely to be caught trying to end it and only half ending it, or maybe the lights go on in the cabin in the woods as we're stabbing the ugly twin who will not die. And though the whole country's probably at war with itself, it has never been at war with itself the way the South has. Which is why in William Faulkner's "Absalom! Absalom!" Quentin Compson, when asked by his Harvard roommate why he hates the South, repeats over and over, "I don't hate it."

Sure. Neither do I. I don't hate it and neither does my mother. We're just what they call out here in California "conflicted."

And so, what we extravagant, doomed, perfectionist souls have to do is we have to learn to do the paperwork and the legwork. We have to sit down with insurance adjusters and talk about deductibles. We have to crawl under the sink and think about why the pipe is leaking. We have to do our taxes every year and pay the bills once a month. And in our secret moments in between the taking out of garbage and the feeding of dogs, we live like kings in a magical land, full of success that cannot be measured.