Self-employed parents are the targets of financial aid discrimination -- and most of the time, they don't even know it. 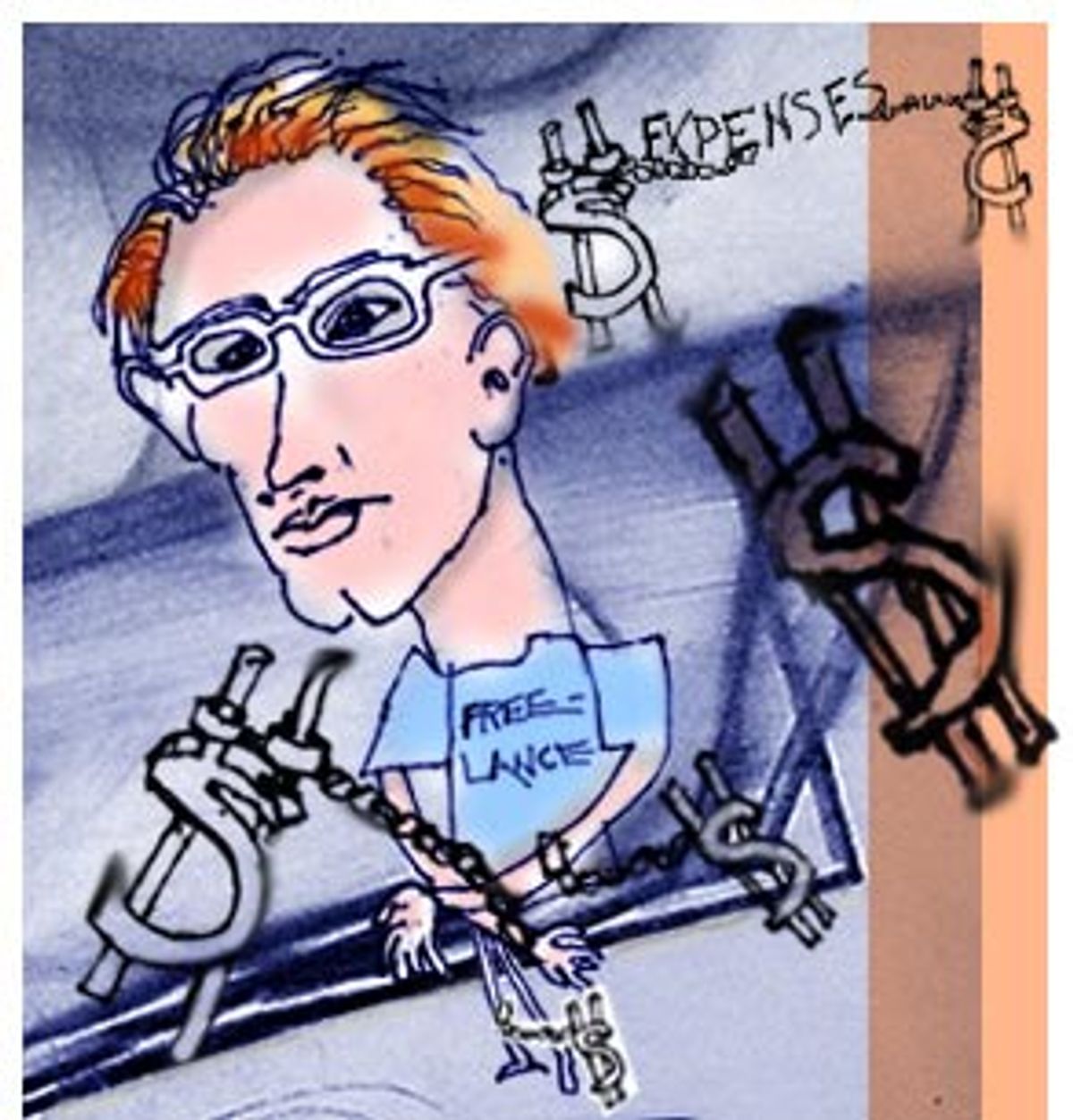 It can get tough being a freelancer. People just seem to take advantage of you. Publishers pay you late, or sometimes not at all; the IRS audits you more frequently than it does other people; you don't get any paid vacations or any health benefits; and, of course, the hours are terrible.

But I always figured that when it came time to send my daughter off to college, we'd make out all right on the scholarships. It would be the first time, maybe the only time, that a low salary and zillions of business expenses would be an advantage.

So I put a lot of effort into those infamous scholarship forms this year as my daughter prepared to graduate from high school. I did them all -- the federal government's Free Application for Federal Student Aid, the College Board's College Scholarship Service form for private college assistance -- and hoped for some hefty grants from her chosen schools.

Little did I know that the financial aid gnomes at America's private colleges and universities have no more affection for -- or faith in -- us freelance types than the grim auditors at the IRS.

At most of the schools my daughter applied to -- places like MIT, Swarthmore College and Princeton University, for example -- the financial aid offices took one look at my carefully documented expenses for travel, lodging and meals, and just exed them out, adding back thousands of dollars of my expenses to my estimated income, and reducing my daughter's scholarship offers by a similar amount. They did the same thing to the depreciation I claimed on my home office. The auto expenses my wife claimed for the van she owns to transport her harpsichord got the same treatment at most schools: Whack! Gone.

The result was a stack of anemic financial aid packages for a family I couldn't recognize -- for a family, that is, that makes a lot more money than we do, and that does it with hardly any business expenses along the way.

Well, it turns out that America's private colleges, where the total cost of sending a kid for an education can run as much as $36,000 a year, are so skeptical about the one in 11 Americans who are freelancers or self-employed that they routinely disallow -- and add back to your income total -- not just those kinds of basic expenses but also that IRA you invest in year after year in lieu of the pension your salaried neighbor gets courtesy of her or his employer.

There's a heavy dose of irony here. Princeton, for example, has been making a big investment in the arts lately -- a new music building, resident writers to teach creative writing, etc. -- on the theory that focusing exclusively on academics makes not just Jack but a whole campus kind of dull. Meanwhile, Wesleyan University, my alma mater, has long prided itself on producing independent-minded creative people -- the kind of folks who might well go out on their own and work outside the corporate world.

Yet when some Princeton-educated artist, or some musician who graduated from my old school, tries to send an heir to an alma mater, they may find that their way of earning a living is not well respected, or at least not well understood.

"We don't normally consider deductions for expenses for meals, entertainment, travel and lodging," says an official in Princeton's office of financial aid, echoing the policies of most financial aid offices contacted. "We add those back to income." The explanation given here and at other schools is that it's too easy for freelancers to exaggerate legitimate business expenses.

The widespread nature of this ivory tower practice of adding back reported freelance business expenses to income might suggest to the more paranoid among us some conspiracy against the self-employed. And we might be right.

When in doubt about these things, look to the College Board, the august membership organization that, among other things, brings us the ubiquitous SAT test and those dreaded College Scholarship Service forms. A spokeswoman at the College Board denies that the organization tells anyone how to evaluate parents' financial information. "We do have a financial advisory committee," says Linda Peckham, "but it doesn't make those kinds of determinations. It doesn't say things like 'You should disallow meals and entertainment deductions.'"

But at least one financial aid director, Heather McDonnell at Sarah Lawrence College, says that that isn't the whole story. "That is a smoke screen they're putting up at the College Board," she says. "The College Board itself doesn't tell us what to do, but there are standards that are given to us by an accountant who is contracted by the College Board to run workshops for financial aid officials."

That financial aid guru is James Briggs of Vermont, who describes himself as a self-employed accountant. He likewise denies that he dictates to anyone how to handle freelancers' income statements. "I don't know if it's the right characterization for what I do," he says. "I just teach them how to determine a given family's cash flow."

Among the things Briggs says he does is warn financial aid officials that the self-employed are a slippery lot who have many ways they can manipulate their apparent cash-flow position. For example, expenses can be shifted from one year to a prior or future year, while revenues that come late in one year can be delayed to the following year -- all of which is legitimate, though unacceptable in Briggs' book.

What colleges do with Briggs' information and warnings is up to them, he says, but calls to private schools suggest that a surprising number of them do the same thing -- they routinely disallow certain basic expense deductions.

The College Board has reason to be careful about any hint of collusive behavior by its member colleges and universities. Some years back, the Ivy League colleges were threatened with an antitrust action by the U.S. Justice Department for their practice of sharing information on individual student financial awards -- which they did to prevent students from playing the colleges off against one another to win higher scholarship offers. The schools responded to that threat by ceasing to share information about individual students.

So what's a poor self-employed parent to do? Speak now or forever pay more college tuition than you can afford.

Unless you ask, you won't even know if your child's particular scholarship was based on disallowed expenses or not. That's because when universities and colleges send out an award package, they don't explain how they arrived at the number.

The only way to find out those details is to ask some very pointed questions. In fact, the best move is to get the financial aid office to go down your Schedule C line by line to explain how it handled each deduction you took. If you find out, as we did, that your kid's chosen school has disallowed certain business expense deductions, you need to -- calmly and politely, but insistently -- argue your case. Most, though not all, aid officials are willing to listen and reconsider reasonable expense deductions, once they understand the nature of your business and the importance of those expenses in the course of your generation of income.

"We try to be understanding," says Wesleyan financial aid director Elizabeth McCormick, adding, "It helps if a family can round out the very few data points that are collected from the Schedule C. The more information they provide in a usable form, the easier it is to understand their particular financial situation."

In my own case, appealing the initial aid awards based upon a reevaluation of the business expenses led to a variety of results, ranging from a $4,000 increase in MIT's grant offer to no change in the offer from Swarthmore.

Getting my business treated with some respect by at least a few schools took some of the sting out of being kicked again for being a freelancer, but not all of it. None of the schools we dealt with was ready to give me any credit for the $2,000 I put into my IRA. Apparently, we're allowed a couple of expense deductions, but we still aren't supposed to be able to retire like corporate stiffs.