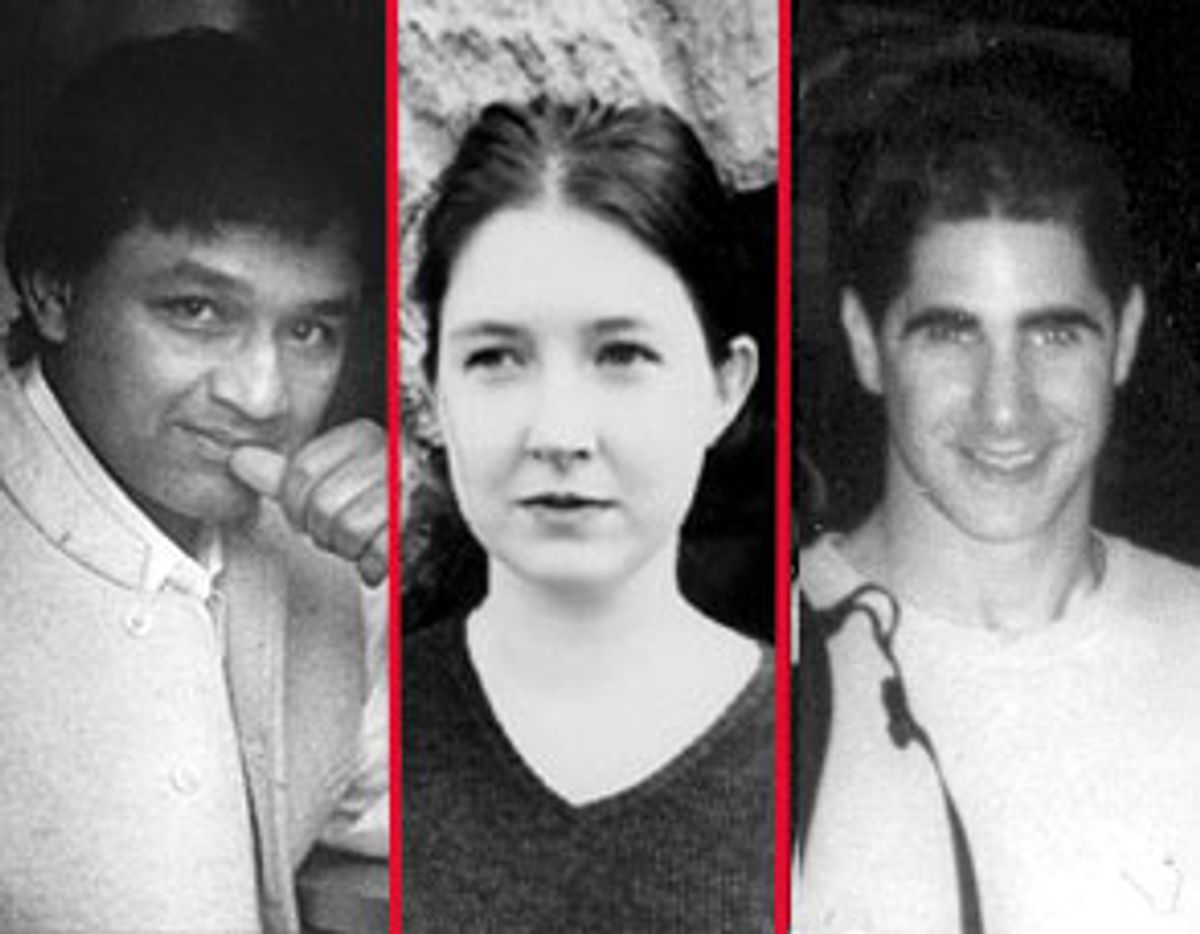 Agha Shahid Ali is the author, most recently, of "The Country Without a Post Office," and the editor of "Ravishing Disunities: Real Ghazals in English," which was published last year. Here he reads his poem "The Purser-Seiner Atlantis," which will appear next month in the Paris Review.

Matthea Harvey's first book of poems, "Pity the Bathtub Its Forced Embrace of the Human Form," was published last year. Featured here is her poem "Thermae," which appeared in issue No. 154.

Daniel Kunitz is the literary editor of Details magazine and a contributing editor to the Paris Review. His poems have appeared in Verse, Western Humanities Review and Salmagundi, and his art criticism in the New Criterion. "Geniza" appeared in issue No. 148 of the Paris Review.