A working girl has her heart broken in the most unexpected way. 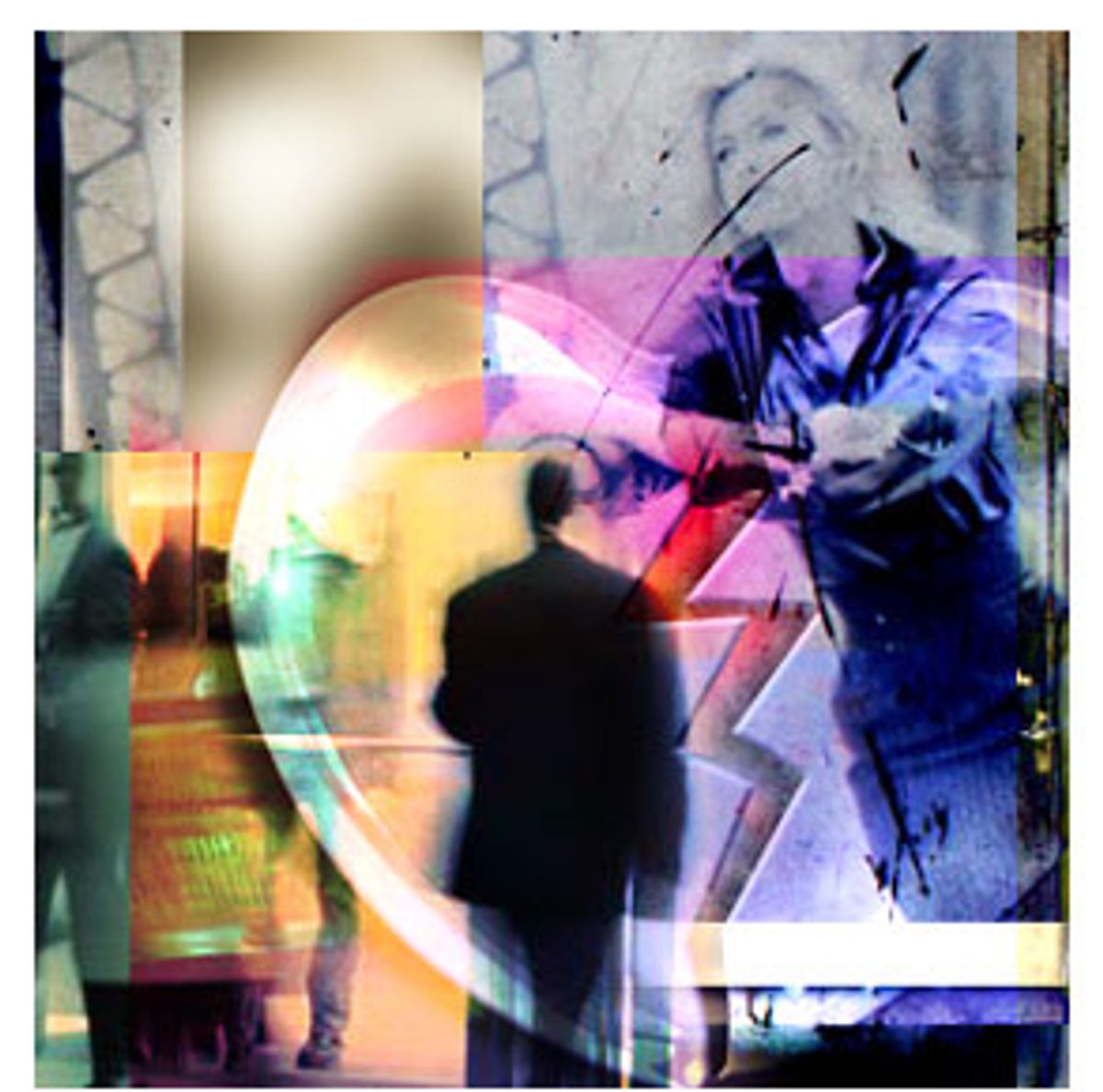 Mark is my longest-standing and most loyal client. I inherited him from a working girl friend when I first started in the business. Each week, Mark and "Hillary" rendezvous at noon at a hotel around the corner from his office. This has been going on every Sunday for six months. He books me for half an hour. He pays me $150. I watch him jerk off on the Bible.

Oh, there have been slight variations on this theme. Occasionally I wear a cross around my neck and he jerks off on that. Once I set up a duo for him with another girl. But usually we adhere to a very comfortable and well-established routine. It's good. I know what he needs.

Two weeks ago I caught Mark cheating on me. Not really, of course. One doesn't "cheat" on one's hooker. But I was surprised to learn that Mark had recently booked a session with another girl I happen to know. Alicia and I discovered Mark's infidelity quite by accident. "Ah, yes," she said, "that one, he's sick."

Fortunately, fate handed me a coup when Mark made an appointment to see "Allie" last Sunday. You see, "Allie" is actually a name I use when working through an agency to supplement my income as an independent escort.

The idea of beating Mark at his own game was quite seductive, but in the final analysis I'm not compelled by hurting people or making them feel awkward. So I called Mark and left him a message indicating that Hillary and Allie are the same person. I told him that he needn't be embarrassed, and that he should go ahead and book another girl at the agency if he needed a little variety. I even went so far as to recommend a girl who has the kind of body I know he prefers.

Mark called and acknowledged my message. He was sheepish, but indicated that we should keep the appointment. When I got to the hotel, he seemed shamed, quieter than usual. He looked tired. As I took off my garter, he tried to explain.

"Hillary," he said, "I wasn't actually looking for variety."

He told me his problem wasn't that he wanted something different. His problem was that his feelings for me had started to change.

Honestly, I knew this. About a month ago Mark stopped reaching for the Bible as regularly. He wanted to come on me instead. His touch changed. He wanted to hold me and stroke my hair. He wanted to take me to dinner and to Mexico. He told me his real name. And he seemed to be losing all interest in religious symbols and what priests wear under their robes. He even stopped referring to his semen as "holy water."

"Hillary," Mark said, "I've been involved in this business for a long time. I've seen a lot of girls. I think it's time for me to retire from this racket. I've been considering it for a while, but when I got your message this morning it really hit home. I could find another girl, but it's not what I need. It's not real. And I'm not going to find anyone to replace you. I'm getting too old for this. I'm not going to see any more working girls."

He said, "Today will be the last time I call you. You won't hear from me again."

Usually quite verbose, I really didn't know what to say. I said simply that I understood, that I respected his decision and that I would miss him.

Or did I? Did I tell him I would miss him? I will.

Then Mark got on his knees, his preferred stance for jerking off, and carried on as usual. As if nothing strange had happened. So I tried to follow in kind. I did what I always do. I coaxed him along, provided encouraging words, licked his nipples, kissed his throat. But it felt different. It felt final. I was very aware that I was saying goodbye to this person.

And I was sad.

Scent. I have a keen awareness of scent. And I know the way Mark smells. Not like cologne or the hotel soap at the Four Seasons, not like the lingering smoke of his cigarettes, but his personal scent. That very individual way that only Mark smells. So I breathed him in for the last time and, overwrought with sentimentality and abject stupidity, I felt the tears coming. Idiot baby tears, so absurd, embarrassing and absurd. While I choked back these tears Mark came on me, a rush of sperm, gelatinous and warm on my skin. And that was it.

I don't think he saw me almost crying. If he did, he had the courtesy, at least, to pretend otherwise.

This all seems so silly and self-indulgent. I mean, never for a second has Hillary been in love with Mark. It's not like that. It's always been transactional and professional for me.

And yet it has been genuine. For Mark, I feel a strange and distant affection. The tenderness I have slowly developed is a soft, delicate and fragile devotion, a protective inclination -- almost like a duty.

Sick? I thought. Sick? When Alicia said Mark was sick I did not think she was talking about his mental state. When I heard sick I suffered a momentary pause, a second of terror as I considered that dear, sweet, Bible-christening Mark might be really ill. He seemed so weary of late. But then she carried on, "He's sick. Did he tell you what he wants to do in church, on the Bible?"

I worry for Mark. I worry about Mark. I worry that he will be lonely and sad, that he won't find what he is searching for. But I am also just a little pleased that Mark has come to the decision that he can't find what he is looking for in sex with a prostitute, that after so many years perhaps I have had a hand in helping him recognize that there is something more, that something that he referred to as "real."

I understand Mark intimately, his quirks, many of his secrets. I know of his fondness for meteorological trivia, his fear of flying, his recipe for veal piccata. I know Mark.

Wait a minute -- no I don't. Mark's not even really real. I don't know Mark -- and he doesn't know me. This affair that has just come to an end isn't even about actual people. It's about Mark and Hillary. They don't even exist. At least, not in any institutionally viable capacity.

Usually, I'm not like this. Usually, I'm strong. You know, "strong" in that way where people don't acknowledge how they feel so they remain impermeable to upset and baby tears. I have suggested before that this job has made me more open to people, more sensitive to human suffering and angst. It has ensured that I have tears for human creatures like Mark.

The guy had church fantasies. So what? I don't think Mark is sick, and I don't want people to laugh at him. Countless Internet sites are devoted to this fetish. I know, because I researched the links for Mark. I was good to him.

I often joke with my johns about conceiving of my work as ministration, a benevolent duty to minister to the emotional and sexual needs of my clientele. I think this latest incident means I get to move up a notch in the celestial hierarchy, that angel's ladder I'm trying to climb. I think I've moved from seraph to cherub. Something changed. Something good happened -- an epiphany of sorts. I think.

I got a call today from Mark. A month had passed since he "retired."

I said, "Hi, Mark. It's nice to hear your voice," because it really was a relief to hear his voice.

He said, "Are you free on Sunday? I suppose it's not much of a retirement, but I find I just can't stay away. Could we meet as usual, same time, same place?"

I paused (just long enough for my heart to break).

Lucy Alexander is a working girl in Toronto.