Philip Roth's latest character gets all hot and bothered over his gorgeous young Cuban lover, but he never loses control -- that's the problem. 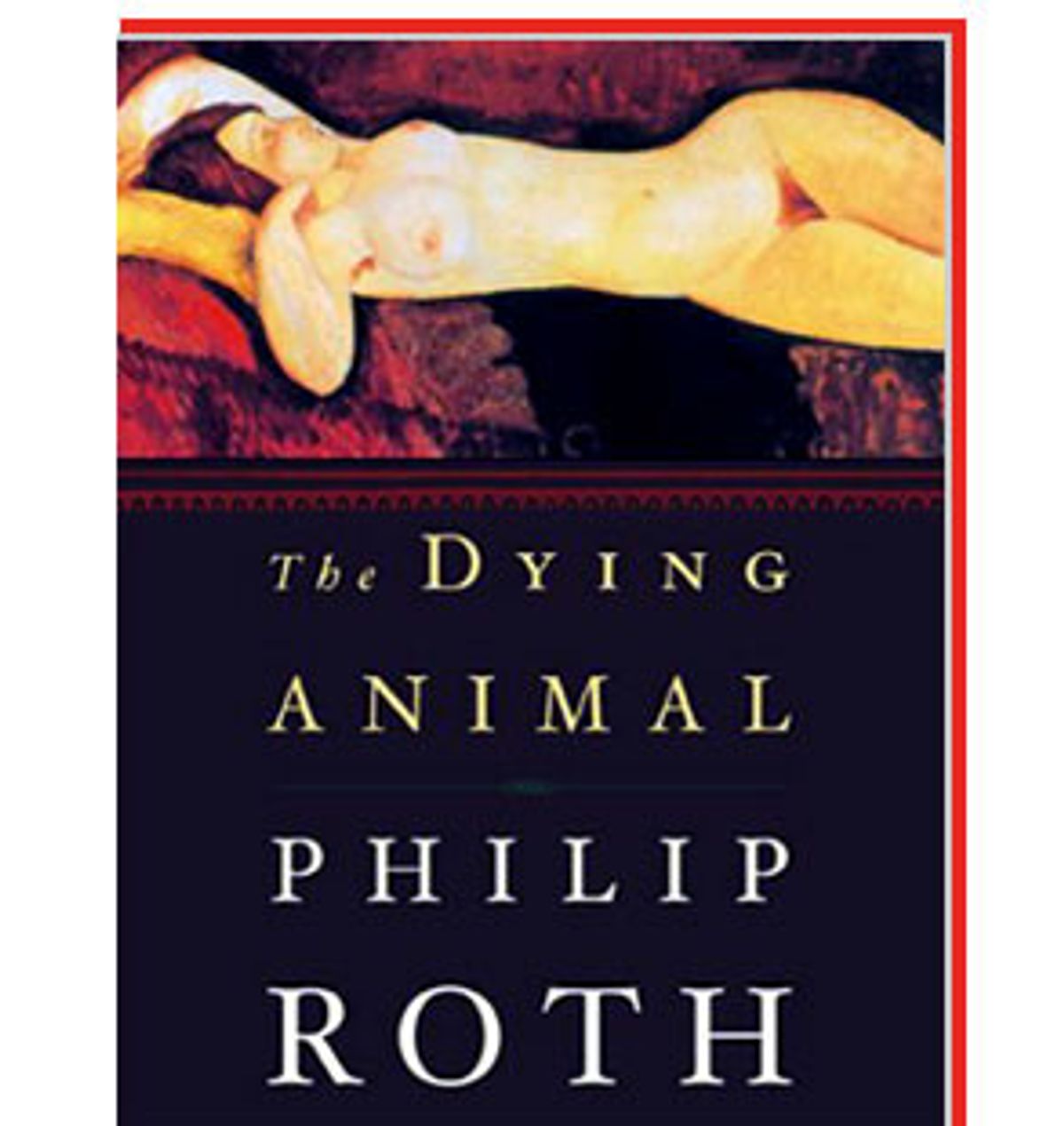 In Philip Roth's new novella, "The Dying Animal" -- beautifully written, quite evidently the work of a cultivated man -- his protagonist and voice, David Kepesh, keeps telling us how much he cares and feels. But nothing between the lines grows or hurts us. It's not so much that the work is cultivated. Rather, it's finely, mercilessly tilled, so the soil is like sand. Yet there's nothing for anything like a seed to get a grip on.

David Kepesh is 62. He is implacably alone in the world but terribly secure. He teaches only one course now, a seminar called Practical Criticism. But he gets plenty of female students because he's on PBS in New York issuing guidance -- or is it instruction? -- on the cultural things to do, or absorb. He is in the habit of fucking students, but he has a saving primness: He doesn't "get in touch with them on a private basis" until after the final exams and grades. (Never mind if some might suggest that good teaching must involve getting in touch on a personal basis.)

There's a Cuban woman, 24, perfectly beautiful and not piercingly smart. Indeed, you might go so far as to say she lacks character -- but that's Roth's weakness as a creator of fictions. There's an affair, one that reaches a kind of physical intensity, Kepesh and Roth want you to believe. I never felt that passion or carnality, just as I never felt the jealousy Kepesh claims when he thinks of Consuela with younger men.

In other words, Kepesh doesn't lose control enough to subject himself to vulnerability -- in the way Vladimir Nabokov's men do whenever they're involved with younger women. The anguish is cold and intellectual, as if "The Dying Animal" were less a real story than Kepesh's analysis of it in class.

The most interesting part of the book comes as Roth seems to recognize that weakness and settles instead for something he can understand: the self-regard with which the 62-year-old Kepesh sees that the affair is most threatening to him because it hints at how his body could be ready to betray him, and his determination not to fall in love because love (contrary to popular myth) breaks you up instead of making you whole. It's a very clever and seductive argument for a selfish old man to pursue. Yet the novelist should not be too surprised if he gets a little more solitary along the way -- in short, if he loses readers.

The very best thing in this novella, and it's startling and touching, is when Kepesh's closest male friend has a stroke and Kepesh visits the dying man in the hospital in time to witness a last flourish of energy. I'll reveal no more about the scene -- for real enjoyment and intelligence wait there -- except to say it concerns a man's sense of his own mortality.

Consuela leaves Kepesh. Years pass. But then she comes back. He is 70 now, but he is exactly as he was at 62 (a telling failure in the novelist). I won't say why she comes back. The reader deserves the chance of being surprised. As for me, I found the revelation contrived, until the book's very last line, which locks in the killing selfish apartness of Kepesh, and Roth. He is thinking of whether he should go to a Consuela who may need him, and his inner voice warns: "Think about it. Think. Because if you go, you're finished."

And it's the desperate stress on protective thought that starts and finishes this glum story.