Don't blame it all on Bush -- the world's grievances against the U.S. have been stewing for a long time 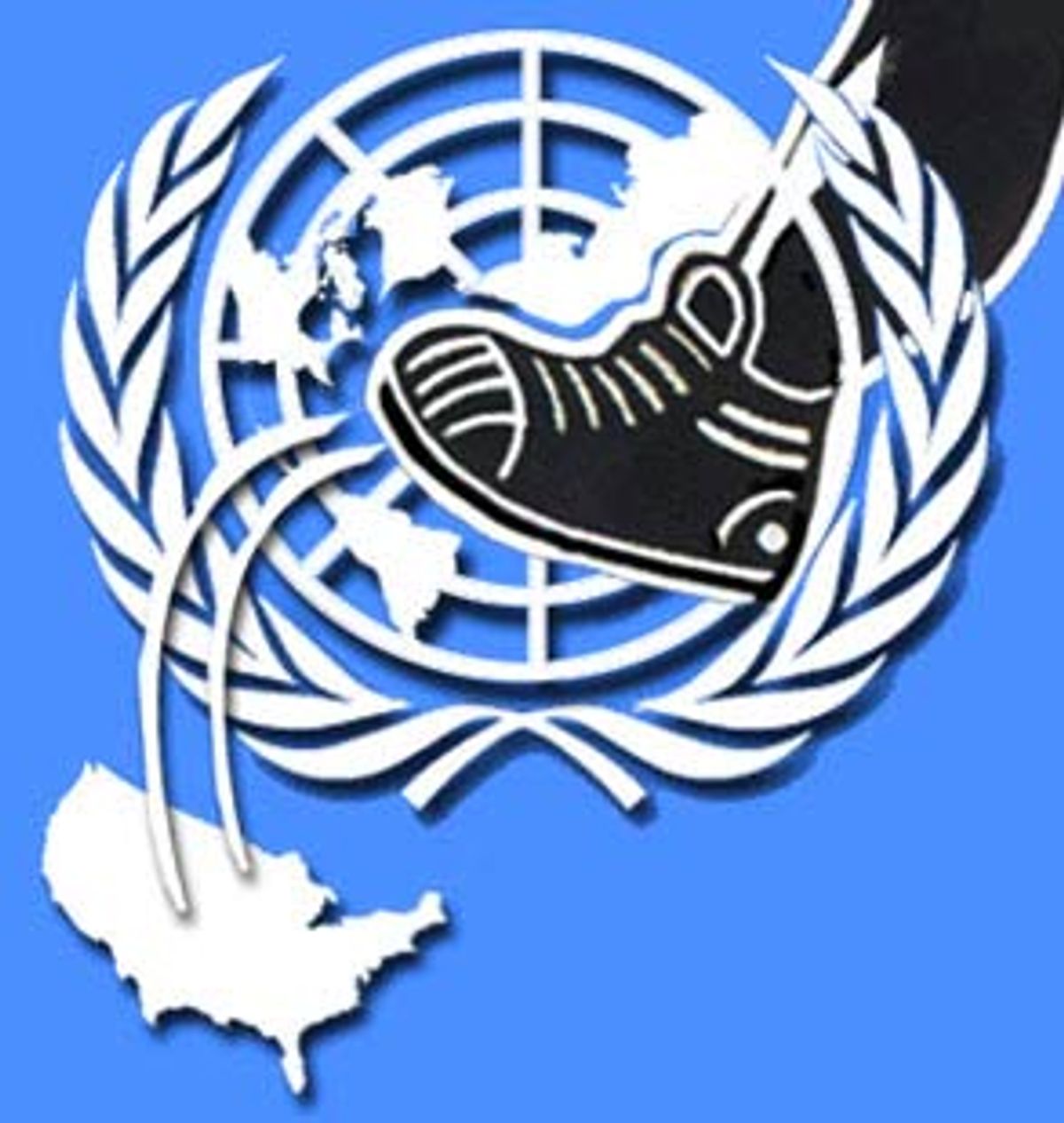 Last week's ouster of the United States from the United Nations Human Rights Commission has turned into a political Rorschach test for politicians and editorialists from left to right, who have read their own domestic prejudices into this inky blot on American diplomacy. In fact, the U.S. deserved to lose the seat, even if countries like Sudan certainly did not deserve to win.

Some Democrats have seen the vote as a particular rebuff to the Bush administration and its attitude. But defeat should really be seen as the result of a long-standing American neglect of diplomacy. Certainly, the Bush administration has made some embarrassing mistakes: Picking a major campaign contributor who does not speak French to serve as U.S. ambassador to France was unfortunate. So was the failure to push the appointment of the U.S. ambassador-designate to the United Nations, John Negroponte, through the Senate. Many of the diplomats at the United Nations complained of being taken for granted by a low-level, low-energy U.S. campaign for the rights-commission seat.

And there are indeed key multilateral issues on which the White House attitude has annoyed other countries: treaties on child soldiers, land mines, the Kyoto emissions agreements, the International Criminal Court (ICC) and the threat that the nuclear missile defense (NMD) poses to nuclear disarmament treaties. But most differences between the Clinton and Bush administrations have been in the spin of their rhetoric rather than in pragmatic reality.

Clinton fudged on NMD, for instance, keeping the program alive. And he signed the ICC explicitly to keep open the possibility of subverting it, not so the U.S. would implement it. Indeed, while editorialists harrumphed in horror at countries like Sudan, China and Libya being on the Human Rights Commission without the United States, they ought to have remembered that the U.S., alone among democratic states, joined this small select band of recidivist human rights violators in voting against the Rome Treaty on the ICC. And it was not, as some of the headlines implied, these "rogue" countries that defeated the United States for the Human Rights Commission, but France, Austria and Sweden, which were the successful contestants for the West European and other seats.

Both the Bush and Clinton administrations' double standards on the ICC epitomized why the U.S. lost the support of enough allies to lose the seat. The bipartisan American position is that the ICC should only apply to non-Americans, because we don't do things like that, and if we do, we deal with it ourselves. Of course, the families of those killed by former Sen. Bob Kerrey and his Navy SEALs at Thanh Phong might disagree with that.

On the issue of U.S. arrears in paying U.N. dues, Clinton was little better. Despite eight years of rhetorical support for the United Nations, neither he nor his secretaries of state secured payment of arrears, though last year they cut a deal that has yet to be implemented. Even on the appointment of an ambassador to the U.N., the Clinton administration left Richard Holbrooke dangling in the wind for almost a year before sitting him in the U.S. seat in the Security Council.

And while the vote has been widely depicted as a U.N. rebuke to the Bush administration, in fact, Kofi Annan and his team seem very happy with the relationship with this White House, and even more so with Colin Powell and the State Department. It must be a relief not to be hectored by Madeleine Albright. Both administrations needed to contend with die-hard isolationists on Capitol Hill, but if anything, Bush and Powell have been doing a better job of controlling the dinosaurs than their predecessors.

Predictably, the Republican right saw the U.S. failure to win back its rights-commission seat as yet another reason to renege on America's debt to the United Nations, thus reinforcing the very attitude that helped lose even allies' votes for the American rights-commission candidacy. Almost as parochially, the United Nations Association sees the vote as a setback to its efforts to win support for the organization in Washington, and is calling upon one of the Europeans who won a seat to stand down in favor of the United States.

This is unlikely to happen. There are good reasons why the U.S. lost, quite apart from Chinese or Cuban malice. Three years ago, under precisely similar circumstances, tiny New Zealand was bullied into standing down from the U.N.'s budget committee to make way for a defeated U.S. candidate. In return, Washington promised that the arrears of some $1.5 billion would be paid. They have not been.

At the end of last year, that money still unpaid, U.S. Ambassador Holbrooke secured a reduction in U.S. assessments in return for payment of some, and eventually all of the arrears. Almost half a year later, with no check in sight, last week a House Committee vote to remove the Bush-imposed restriction on abortion counseling by international agencies that get U.S. family planning aid led to yet another predictable call by some congressmen to hold up the long, long overdue payment.

Defenders of human rights who think the U.S. is being punished for its firm principles will have to explain to the rest of the world why Cuba can do no right, but Israel can do no wrong, as far as U.S. delegations are concerned. European envoys are quite prepared to support investigations of human rights violations in Cuba, but not as part of a feud ultimately engineered by unsavory Cuban exile groups in Florida. They are often prepared to temper the excesses of the Arab rhetoric against Israel, but they cannot, unlike the United States, bring themselves to give a blanket veto in support of Ariel Sharon, the man who, until he won the last Israeli election, was remembered best as the architect of the Israeli invasion of Lebanon, and as the facilitator of the massacres of Sabra and Shatila.

Of course, the U.S. has no monopoly on hypocrisy, as a quick glance over France's record on Iraq or Morocco and Western Sahara, would establish. However, Washington does have a near-monopoly on arrogance and insouciance to what other countries think. To blame the American defeat on maneuvers by totalitarian countries overlooks the much more impressive and consistent human rights voting record of Sweden, which won more votes than the U.S.

So what can be done? A little more self-criticism and a lot less self-righteousness would go a long way. The incident reveals the weaknesses not just in the American position, but also in the very mechanisms of American diplomacy. Our envoys are seen as one-way emissaries, bearing ultimatums from Congress to the rest of the world. Somehow the mechanism needs refining so that the positions of other countries, especially allies, are taken into account, and given at least as much weight as those of domestic lobbies in the formulation of foreign policy.

Until that happens, the United States will continue to delude itself that it alone is right, and the rest of the world wrong, on issue after issue. We can only hope that occasional reality checks, like this defeat, make some people look again at our foreign policy, and realize that alliances are reciprocal relationships.