The media buzz over the white Oklahoma City bomber's execution is eclipsing the truth about federal death-row inmates: Most are black or Latino. 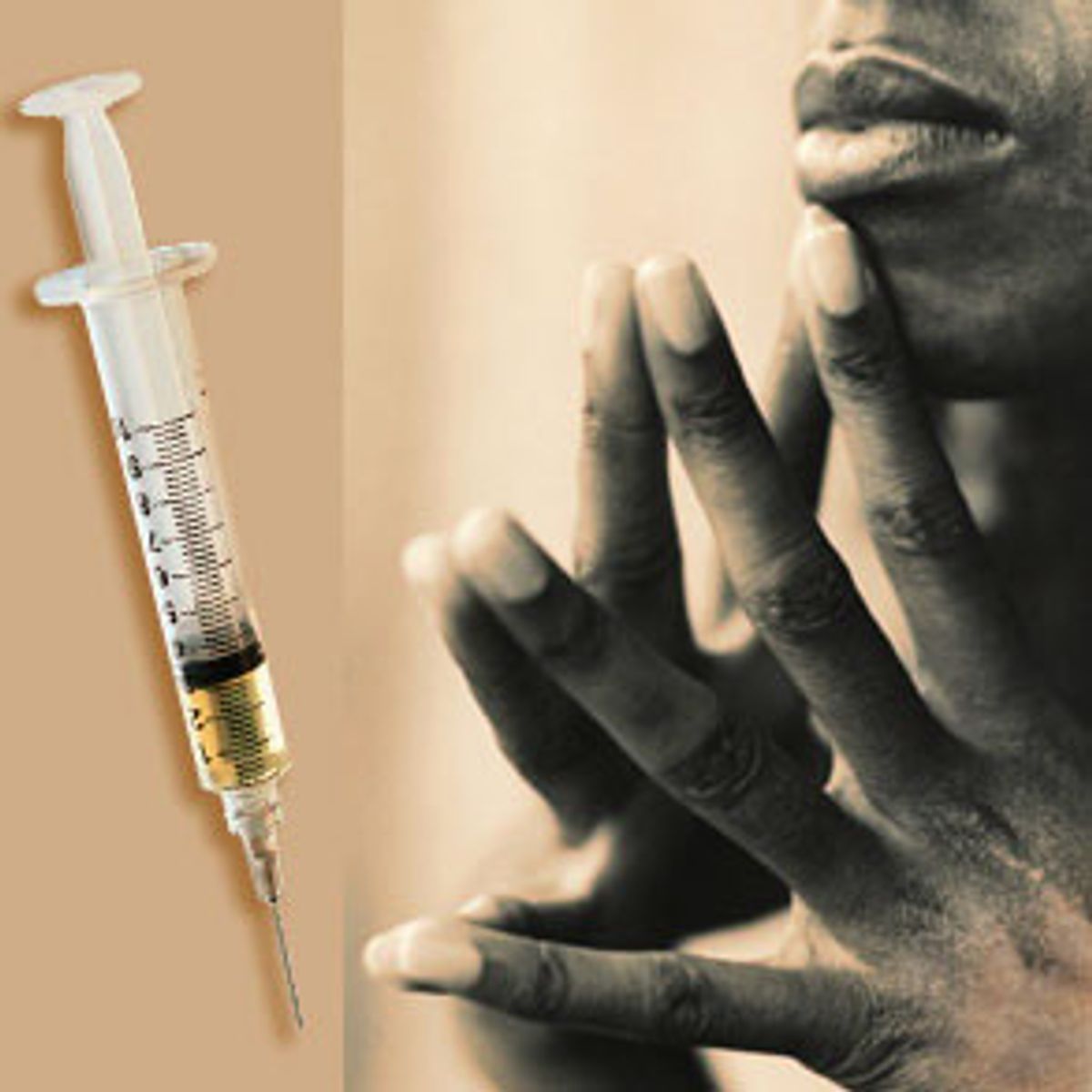 One must flash back to the mass public attention given to the 1953 executions of Ethel and Julius Rosenberg to rival the attention given to the scheduled May 16 execution of Oklahoma City bomber Timothy McVeigh. President Bush, Attorney General John Ashcroft, Vice President Dick Cheney, local and state political figures, radio and TV talk show hosts, death penalty opponent Sister Helen Prejean, novelist Gore Vidal, cable and Internet companies and family members of those killed in the bombing have cheered, protested or tried to cash in on McVeigh's pending demise.

But the massive public focus on McVeigh masks the chilling fact that the majority of those executed or awaiting execution are not whites such as McVeigh, but mostly poor blacks and Latinos. The gaping racial disparities in federal executions far surpass those in state executions.

Whites make up about three-quarters of those sentenced for federal crimes. Yet nearly as many blacks as whites have been among the 340 men and women executed by the federal government between 1790 and 1963. Latinos and Native Americans have also made up a disproportionate percentage of those executed. And the racial disparities in the federal death penalty have gotten even worse. A federal study released last September found the federal death penalty deeply riddled with racial bias. Blacks and Latinos make up more than three-quarters of those slapped with federal death sentences -- the outcome of a troubling mix of laws and public opinion.

In 1988, President Reagan and Congress passed the Anti-Drug Abuse Act, popularly labeled the "Drug Kingpin Act," to quiet public panic over the rash of inner-city turf battles over drug sales. The law was supposed to nail big-time drug lords. It hasn't. While the overwhelming majority of those convicted of drug sales are white, nearly 80 percent of those condemned to death are black. In 1994, President Clinton and Congress compounded matters by passing the Omnibus Federal Crime Bill -- again to quiet public panic over the rash of carjackings, drive-by shootings and organized drug sales. The bill contained 60 new provisions for the death penalty. Again, most of those convicted and condemned to death have been black and Latino.

When the federal study was released, then-Attorney General Janet Reno publicly fretted over the racial disparities in the death penalty. Yet during Clinton's first term she approved 10 death penalty prosecutions. All were blacks. During Reno's tenure, federal prosecutors accepted plea bargains from whites in 60 percent of capital cases; for blacks the figure plunged to 40 percent.

The determination of who gets the death penalty and who plea bargains is not totally based on the severity of the crimes. In several cases, lower-level black and Latino drug dealers received the death penalty for murders while their bosses who ordered the hits received lesser sentences.

In response to the federal study, Clinton gave convicted murderer Juan Raul Garza a reprieve last December in order to use revised Justice Department procedures to appeal for presidential clemency. The chances that Bush will grant clemency to Garza, scheduled to die June 19, or the other 19 condemned men sitting on death row at the federal prison at Terre Haute, Ind., with McVeigh are virtually nil. Ashcroft has publicly stated that he will not extend the Clinton moratorium.

There are also two other disturbing reasons why Congress is reluctant to take action on the death penalty. One is the fear of crime. Even though crime figures are way down, the fear of crime isn't. That fear is fueled by high-profile shooting rampages, a crime-gorged media that stuffs the public with megadoses of crime and violence stories, politicians who pander to crime fears to get votes and a Supreme Court that still flatly rejects any reconsideration of the death penalty.

The other even more frightening reason is that the death penalty has been a punishing legal weapon against blacks who are accused of or have commited violent acts against whites. According to the NAACP Legal Defense Fund a black person is 11 times more likely to get the death penalty then a white person when the victim is white.

The McVeigh execution will likely open the spigot wide on federal executions. But the difference between McVeigh and those who will follow him into the execution chamber is this: They will be minorities and they won't get the attention he got.