When my mom split up with my not-mom, Mother's Day lost its charm. 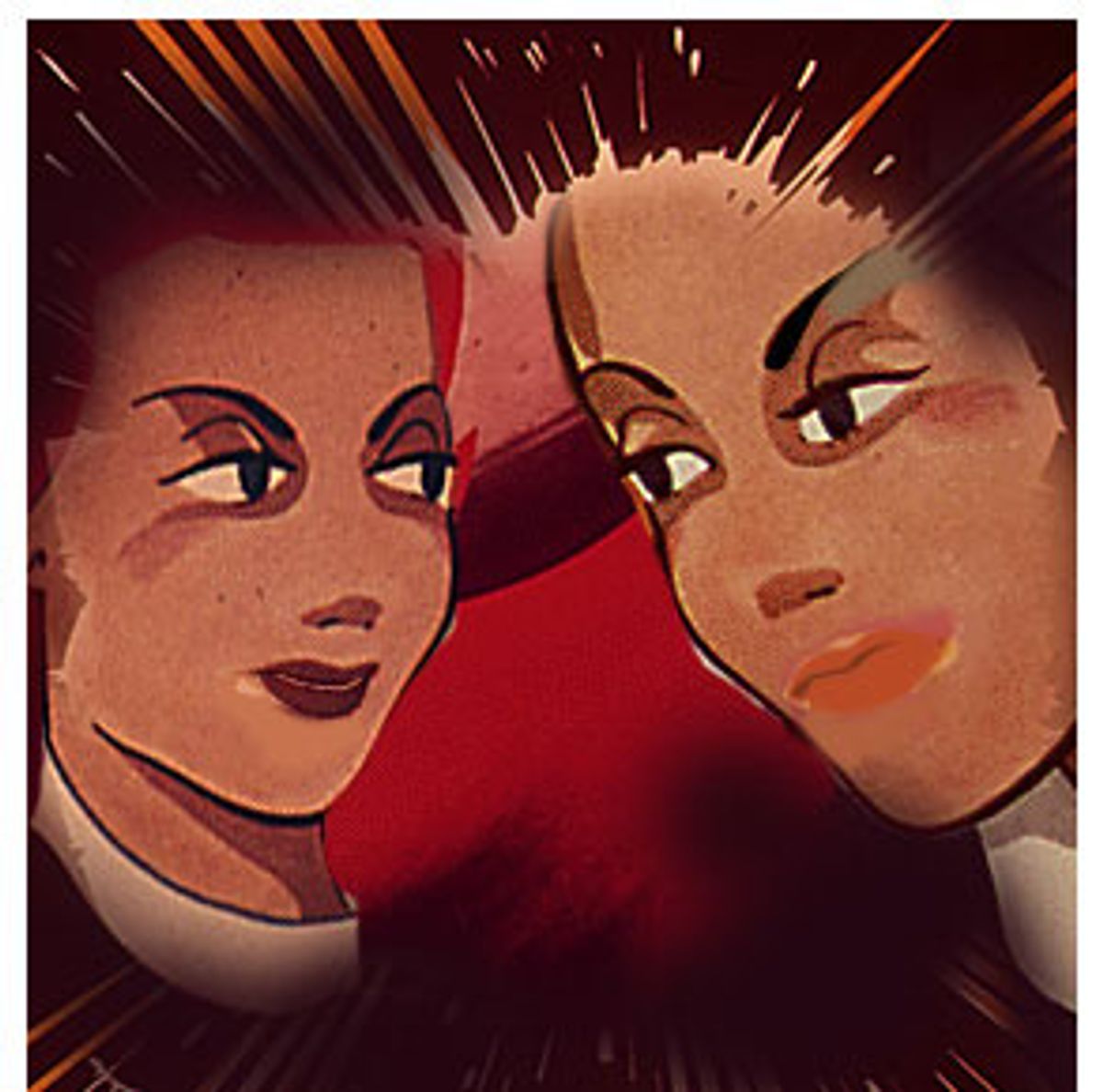 My sister did not know when Mother's Day was; I cannot forget. Two weeks ago, during a brief lapse in our lifelong sibling rivalry, I made the mistake of reminding her.

"I got Mom the greatest Mother's Day present and I already mailed it!"

OK, so it wasn't much of a lapse. But I did remind her. She immediately wanted to know what I'd bought and how it would stack up against the potholders she planned to knit. Brilliant. I find the perfect gift and she blindsides me with the adult version of a Crayola masterpiece.

Then she went and made it worse in that offhanded way only little sisters can.

"Potholders, that's a good idea, right? I can make two sets, one for her and one for Chrys. What did you get Chrys?"

Months in advance I had found just the thing to trigger that sigh my mother sighs when she's absolutely happy, when she tips her chin down until she's forced to look up and show her tears. A gift to melt the thousands of miles between us. Barely big enough to fill her two hands, it will instantly remind her of every time she mentioned this extravagance and she will know that I stored the references away like spare change.

Granted, she's not my mother. She's not my aunt, or my mother's friend, or her girlfriend -- now not even her lover. She is not tall like me, does not sing the way my sister and I do, does not run with our loping strides or plunge into the ocean, diving deep. She does not live with us. We are not related.

But for nearly a decade we sure were something.

There were the years in that gray house with the black shutters, the one with the basketball hoop and dog pen out back, our family was practically nuclear. We ate at 6 p.m. each night, drove to school with the suburban herd, picked apples in autumn, trimmed the tree at Christmas and folded laundry to the tune of March Madness on sports radio.

Chrys arbitrated disputes (many), brokered clothing time-shares (few) and finally saw my sister and me off, ushering us from the front porch and into the world with choice words of wisdom. "Know you are loved," she said.

Then Chrys and my mom broke up, and it all got so complicated.

I am wondering what to get her and my mother calls, which does not help. My mother is a Marxist, a Marxist materialist feminist. Forget about holidays and all the buying, she tells me. I know you know that life is about more than these things. Chrys will understand, even if you just make her a card.

Right. What Mom knows is that her gift is in the mail. I tell her I have some free-Mumia letters to write and hang up.

A few months ago I tried to describe my relationship to Chrys to friends by saying that Chrys and my mom were divorced. It was a gay divorce, making them both gay divorcées, I guess.

These friends, many of them children of divorce, would commiserate as I whined about the spats, the way my estranged "parents" forced me to endure a tense Christmas dinner with both of them followed by the most competitive game of recreational dominoes ever played. But there were things they could not understand.

Like when I would read Alternative Family magazine and have nagging Miss Clavel moments: a voice inside whispering "Turn on the light, something is not right." The kids in the magazine were all younger than me, and hipper; their moms were more identical page to page and damn it, they were all lovingly conjoined in group hugs. Everybody was quoted talking about how hard it was to be gay, but none of them talked about how hard it is to stay together for a decade or make it as a family once you split up.

When I finally spotted a photo of a single lesbian mom, I felt so sorry for her I had to paste a Pride protester from a previous page at her side. Now there's a collage for COLAGE (Children of Lesbians and Gays Everywhere).

I have been so unprepared for Mother's Day. In years past, I resorted to Hallmark hell when it came to Chrys. Not again. This year will not see me send another glitter-dusted "You're like a mother to me" missive of schmaltz. This is the woman who got me addicted to fast breaks in college basketball and Friendly's Reese sundaes. Nice just doesn't cut it when it comes to gifts for someone who loves being naughty.

Handcuffs? She is dating again. No. No, she's my parent, remember? I don't even want to hear about the new girlfriend. New-girlfriend discussions inevitably raise issues with old girlfriend and old life, which I happen to think was idyllic.

In bed at night as a kid I'd imagine everything in its place: sister finally silenced by sleep down the hall, dog on the landing, Mom and Chrys downstairs talking in low voices. Now they hardly talk at all.

Which makes me think I should ask for a favor, for a delivery to Chrys from the recipient of my great Mother's Day gift.

Mom owes me, I reason. This year she's getting something she's wanted all her life, the most expensive perfume most stores carry, its name synonymous with the spirit of motherhood: Joy. Chrys deserves nothing less.

So this year Chrys is getting her culinary equivalent of Joy: a chocolate sundae (low-fat version -- she's on that Sugarbusters diet) assembled by my mom, courtesy of me.

Mom will bring the ingredients; they will sit around, and probably argue. But they will also talk and in between the differences remember the gray house, the old dog and us. I can already see my mother struggling with the scoop; I picture the corner of Chrys' mouth turning up into that grin she gets when the joke's on somebody else for a change.

A thousand miles away, I can smell the sweetness of that moment.