As Utah cracks down on multiple-wife holder Tom Green, decent Americans ask: When will this depraved wildfire be extinguished? 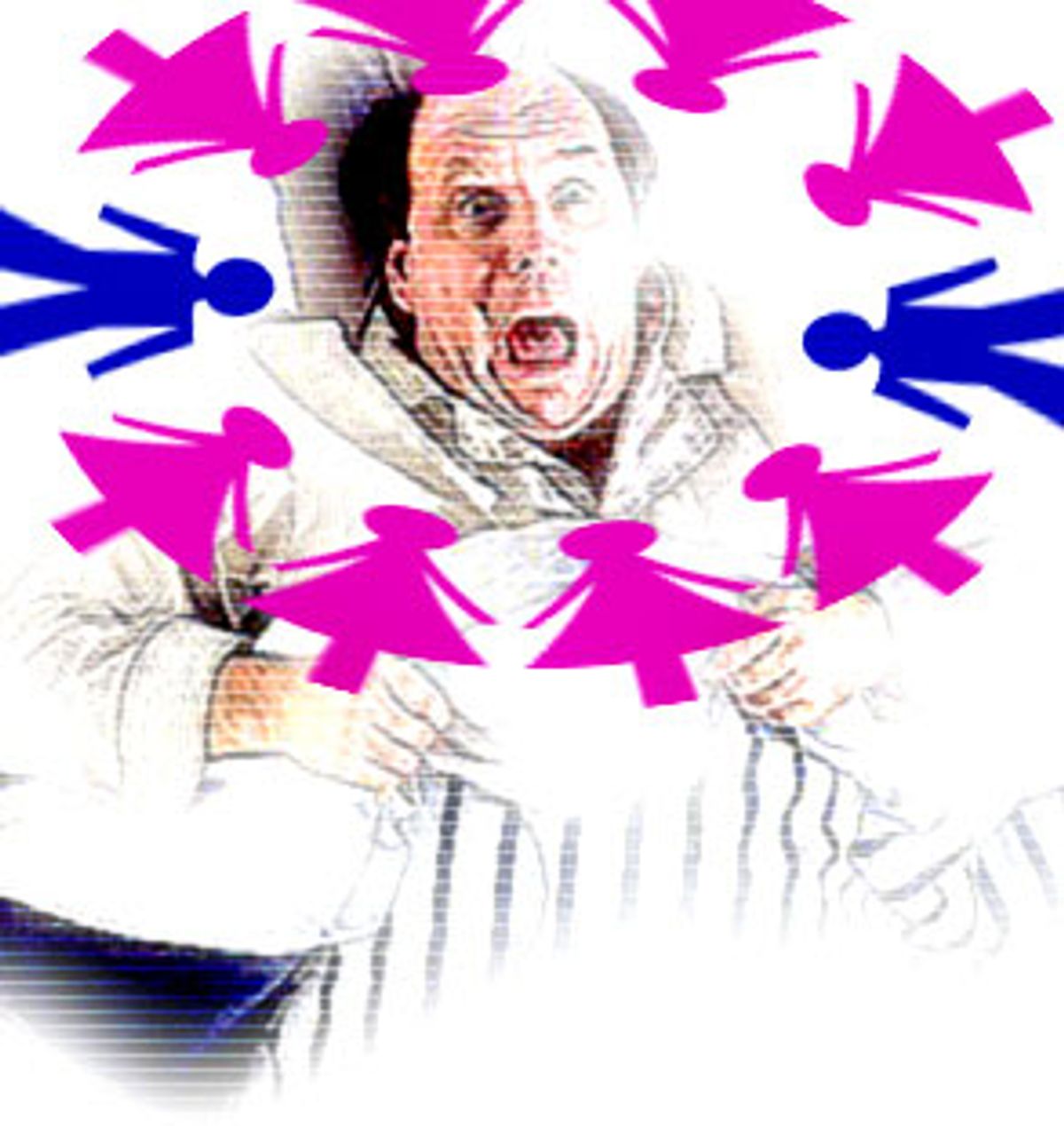 It's not that we can't sleep while polygamists are on the loose -- it's that we don't want to.

The terrifying dreams are too familiar by now. We're walking down a dark corridor. We walk faster. Maybe we hear something behind us, maybe we don't. Our voices leave us. We pinch ourselves but it's useless and then, suddenly, another man in Utah has multiple wives!

We need closure. We need to pause, and heal, and breathe, and regroup, and most of all we need to see justice. For the first time in 50 years, Utah is prosecuting a major polygamist, and not a moment too soon.

Why do these wife-hoarders want to destroy our way of life? What did we do to invite such literal violence (figuratively speaking)? Is the raging psychopath born, or is he made? These are questions for prison psychologists -- presuming these polygamists don't brutally marry them, too!

We're not so myopic as to think each of America's problems can be traced to one man's multiple wives. Throughout our once-proud nation, dozens and dozens of crimes against morality continue to bloody our streets and clog our hospitals, morally speaking. It's time to end this national nightmare. We've compiled a list below -- each of the people on it remains at large. In many cases, police have not even attempted to arrest or harass the culprits. Let's do the right thing and prosecute or execute these sinners:

• In what seems to be a "gateway" relationship, a "handsome" high school senior in Wisconsin went to the movies with two female friends. Halfway through the film, the boy pretended to yawn and stretch his arms, but in fact put a hand on each girl's shoulder. According to witnesses, both girls rolled their eyes and said, "Oh Richie!"

• A woman in New York recently ate a (green) olive from the olive bin at her local gourmet grocery. She did not pay for the olive but, rather, made a quizzical face to give the impression she was merely "sampling" the bitter fruit.

• A skateboarder went skateboarding while wearing a T-shirt that said, "Skateboarding is not a crime." Under current law in his town, the T-shirt was correct, but the law could have been different, if legislators had voted differently.

• A retired welder looked at a dog's bottom and thought it was funny, when it clearly wasn't. In fact it was serious.

• A man on a television program reported the day's news, and did so sitting down in some sort of chair. If the man had legs, they were well below the camera's line of sight.

• In Miami, a third grader drew eyes and lips on her hand and spoke to it as though it were a person. The girl's friends, who were eating Tater Tots, observed the episode. The girl went unpunished, even though she knew -- she knew -- the face wasn't real.

• In "the privacy of his own restroom," an elderly man at a California nursing home unzipped his trousers and proceeded to fill a toilet bowl with urine. The man, who was so sophisticated a pervert as to not have a police record, claimed he had not intended to decay the moral fabric of our society. He fell asleep soon after the incident, but not before taking out his own teeth.