With the ratio of guys to gals at Pearl Harbor, the film should have dealt a bit more with what must have been going on. 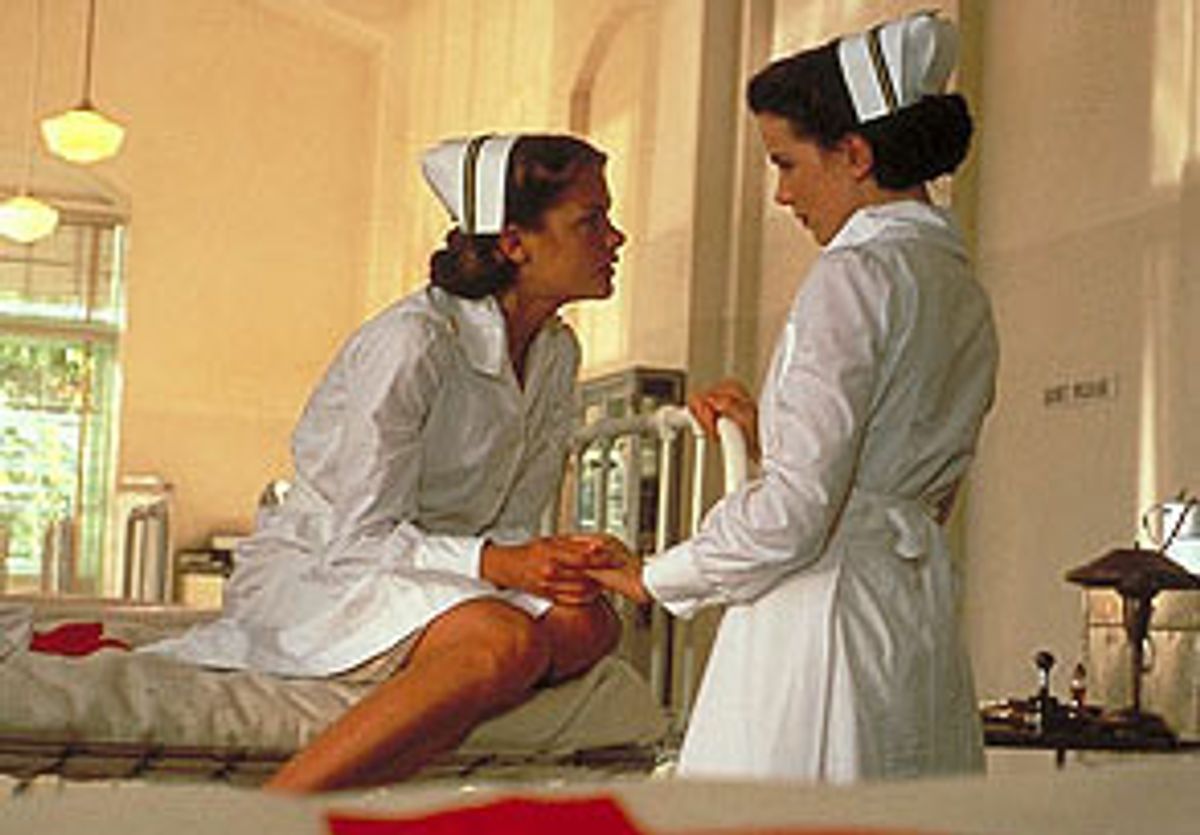 The immense dullness that is called "Pearl Harbor" (opening next week) left me with one thought to puzzle over. One of the leading characters in this story (though it is an act of enormous generosity to use the word "character" with this film) is an attractive young military nurse (nearly all the figures in this story are attractive, young and empty). With a group of other young nurses, she arrives in the general vicinity of Pearl Harbor early in 1941. Of course, we can't help knowing what's coming. But this handful of cheesecake is impressed only by the legion of sailor boys lined up to look at the new girls in town.

So no one would be amazed if a couple of these nurses discovered their true calling and began to embark on a system of full physical examination of as many of the boys as possible. Nor would it seem out of place if the essential desert-island lassitude of Hawaii in 1941 (with most of the Americans certain they were beyond being attacked) were undercut with an intense pursuit of sex. What are that warmth, the humid air, the beaches and the tropic air for? Why does America garrison such a paradise if it's not for the young men to have an opportunity to learn about sex?

I thought of "From Here to Eternity," a modest film version of the James Jones novel, which is now nearly 50 years old. It was made when censorship was as strict as any military discipline. Donna Reed isn't named as a whore in that film. But she's one of several attractive, pliant young women hired on as hostesses in a Honolulu club frequented by soldiers Frank Sinatra and Montgomery Clift. Clift falls for Reed, and while nothing more than kissing was shown in that movie, there was never any doubt about the sex that was being had. And then there was the Burt Lancaster-Deborah Kerr affair, and their splendid roll in the surf. The novel is a lot rougher, but the movie did a pretty good job for its day at admitting the need for sex, the boredom with the war and the ordinary man's contempt for the military system.

The truly startling, horrendous thing about "Pearl Harbor" is its unflawed, gung-ho support of all things military, its unironic patriotism and its flinching from sex. These nurses have boyfriends -- our heroine has two! I am not just complaining about the monotonous refrain of clichés in Randall Wallace's script, the wooden simplicity of Ben Affleck and Josh Hartnett or the amazing immaturity and indifference to human beings exhibited by director Michael Bay. Nor do I mean to make a mountain of a film made in 2001 that prefers to ignore all thought of the political intrigue that may have lurked behind Pearl and the business of getting America into the war.

No, the thing I find most striking and alarming is the honest notion that all the "characters" were simply and completely dedicated to the idea of serving their country, their flag and their uniform and the subsequent idea that no one was ever intent on surviving or getting his and her rocks off.

"From Here to Eternity" was written by a rugged, recalcitrant, independent human being who, grudgingly, was there at Pearl on the day it was bombed. "Pearl Harbor" is made by and inhabited by people who have no independence, who have never been anywhere and who would rather stand as stuffed patriots tossed around by special-effects explosions than face the challenge of thinking for themselves.